5. The "Two and a Half Men" star staged an imaginary conversation with Obama to sell his 9/11 theories 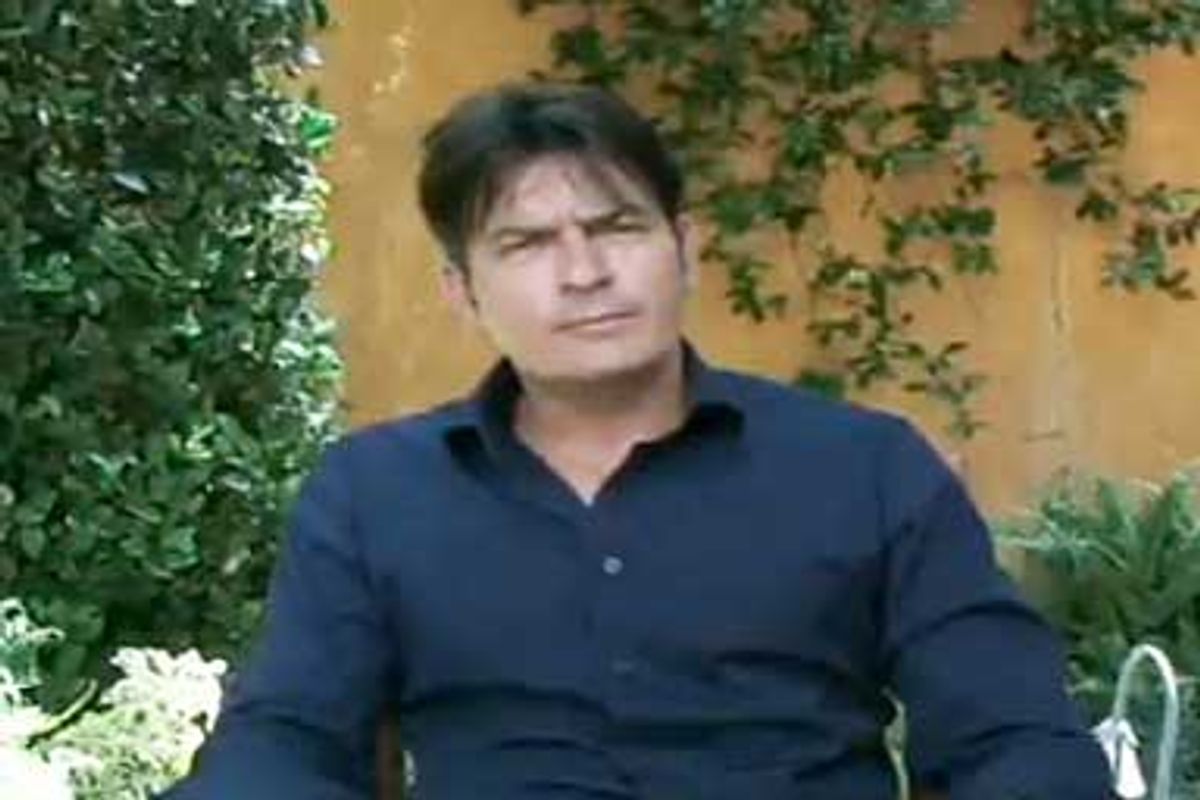 Still from Charlie Sheen's "Twenty Minutes With the President"
--

Actor Charlie Sheen isn't just a 9/11 Truther, one of those people who think that the Bush administration somehow organized the terror attacks of Sept. 11, 2001, as pretext for war. No, in some ways, the scandal-dogged star of "Two and a Half Men" is a metaphor for the movement. The Truthers have gone on long past the point when they should have just given up, long past the era when they were even a little bit relevant, and, well, you see where we're going with this, right?

But Sheen has a prime-time show, and the Truthers did get another moment in the sun in 2009. Or, at least, they tried to.

The ploy that Sheen used to bring back the Truther movement, with the help of conspiracy-minded radio host Alex Jones, was the kind of thing that only a Hollywood veteran -- someone imbued with a wildly overinflated sense of importance -- could come up with. Sheen simply imagined himself into a 20-minute meeting with President Obama about 9/11, in which Obama actually (if reluctantly) asks Sheen to brief him about his off-the-wall theory (excerpt below). Then Sheen and Jones used the imaginary conversation to formally ask for a meeting with Obama.

This wasn't the first collaboration between Sheen and Jones; the actor came out as a Truther on Jones' show in March of 2006. At the time, Sheen revealed that -- relying on his own extensive expertise, gleaned from having flown on commercial jets -- he'd doubted the official story from the day of the attacks. "There was a feeling, it just didn't look like any commercial jetliner I've flown on any time in my life and then when the buildings came down later on that day I said to my brother, 'Call me insane, but did it sorta look like those buildings came down in a controlled demolition?'" Sheen said.

The imaginary discussion between Obama and Sheen was arguably worse. An actual excerpt from the "transcript":

Charlie Sheen: Good afternoon Mr. President, thank you so much for taking time out of your demanding schedule.

President Barack Obama: My pleasure, the content of your request seemed like something I should carve out a few minutes for.

CS: I should point out that I voted for you, as your promises of hope and change, transparency and accountability, as well as putting government back into the hands of the American people, struck an emotional chord in me that I hadn't felt in quite some time, perhaps ever.

PBO: And I appreciate that Charlie. Big fan of the show, by the way.

CS: Sir, I can't imagine when you might find the time to actually watch my show given the measure of what you inherited.

PBO: I have it Tivo'd on Air Force One. Nice break from the traveling press corps. (He glances at his watch) not to be abrupt or to rush you, but you have 19 minutes left.

CS: I'll take that as an invitation to cut to the chase.

Clearly, years of reading scripts haven't done much for Sheen's ear for dialogue.

This wasn't the most arrogant part of the whole thing, though: Having written this account of a meeting between himself and the president, Sheen used it to ask for a sitdown with Obama. Jones told his listeners that the whole thing was big, dramatic, breaking news.

Sheen will probably be waiting for a while to hear just how much the president likes his show. Only a couple of days before Sheen "revealed" the fictional conversation, Van Jones resigned from his White House position as a special advisor on green jobs in large part because of revelations that he'd signed on to a 9/11 investigation petition circulated by Truthers. Sadly, Truthers have consequences.