Films of the decade: "Yi Yi" 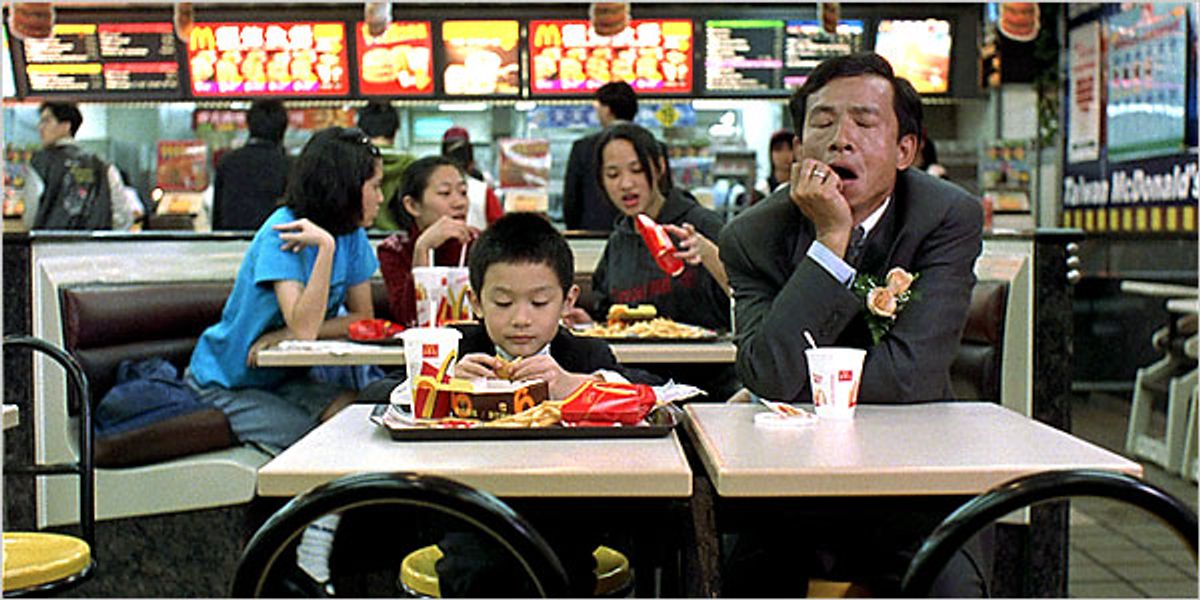 For me, Edward Yang's "Yi Yi: A One and a Two ..." may be the greatest film ever, let alone the best of the decade. What does that mean? For starters, it means that Yang's final film lies somewhere between formalist hard-assery and middlebrow accessibility, between slow-burning Ozu and -- in the abruptly climaxing story lines of the last hour -- understated soap opera. In telling the story of a Taiwanese family in crisis, Yang has three hours to zero in on what makes one family's members tick while positioning them exactly in the center of late-20th-century global economics: micro- and macro-, both specifically Taiwanese in its business scenes and universal in its familial dynamics.

"Universal," of course, is a dangerous term that makes all kinds of presumptions about normative lifestyles and economics. So, yes: "Yi Yi" is explicitly the story of an upper-middle-class family living in prosperous times, but that doesn't render its portrait of self-doubt and the search for connection privileged or unthinking. Yang frames like a hyper-formalist -- rectangles within rectangles -- and takes three hours to get where he's going, but his emotional dynamics are far from isolating. That means "Yi Yi" is a little too soppy for the more hyper-rigorous of art-house viewers. Which makes sense: The unavoidability of compromise is at the heart of "Yi Yi," transcending mere mushy "humanism" as an end-all be-all.

At the end of the day, "Yi Yi" is special for me for two reasons. Seeing it close to David Lynch's "The Straight Story" as a teenager reconfigured how I thought about pacing and duration: It prepared me for all the slow-ass ultra-formalist stuff I've grown to love. I also saw it close to the first time I read David Foster Wallace's "Infinite Jest," both of which began the long process of wrenching me out of reflexive teen self-pity and misanthropy. (They go together.) The last line of "Yi Yi" is a young boy -- Yang-Yang (Jonathan Chang), our directorial stand-in -- announcing, "Now I feel old too." What "Yi Yi" asks us to do isn't to "empathize" with others in the meaningless way someone in customer service can "feel your frustration"; it asks us to imagine what it's like to feel old and worn out, and to remember that feeling every day. It's about being alive, which sounds awful and clichéd. But like David Foster Wallace said: "This, like many clichés, so lame and unexciting on the surface, actually expresses a great and terrible truth."

Vadim Rizov is a Brooklyn-based freelance film writer. His work has been published on IFC's Indie Eye blog, Sight & Sound magazine, The Village Voice and Greencine, among others.