Howard Dean on why he doesn't support the Senate bill, which he calls "hocus pocus" reform 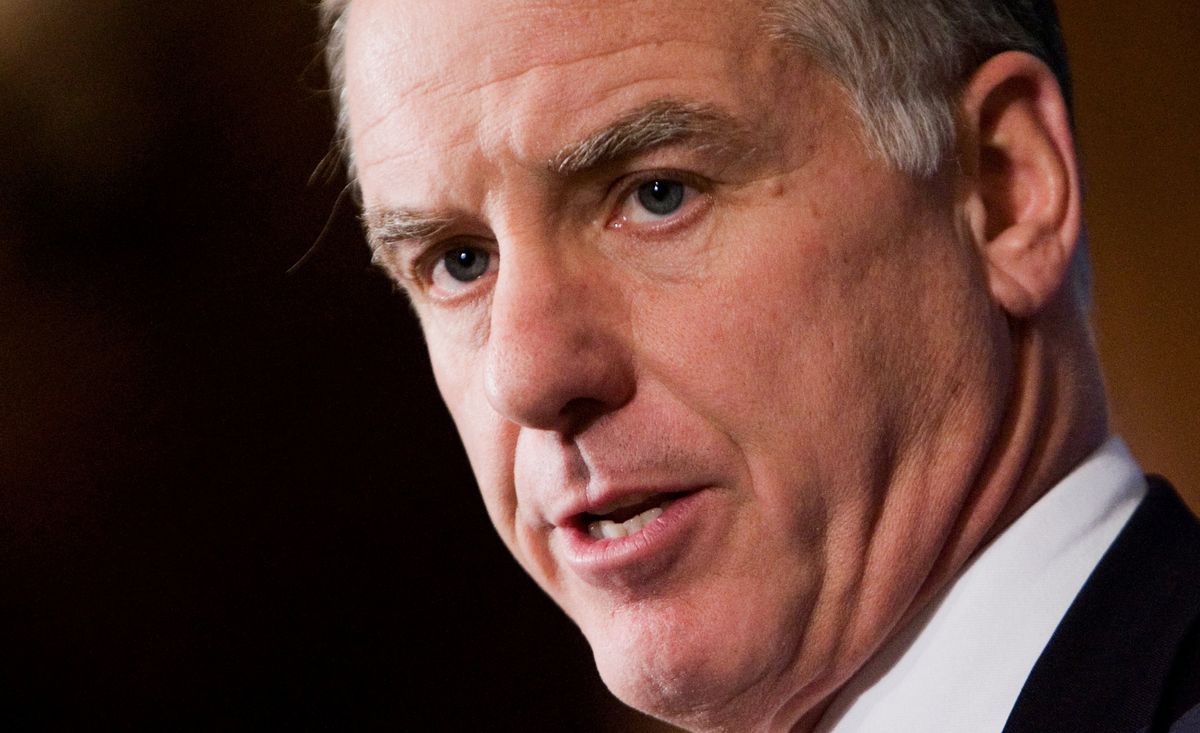 Howard Dean proved long ago that he marches to the beat of his own conscience. Neither personal attacks nor appeals to party -- nor mockery voiced by Washington's media establishment -- will move him when he thinks he is right. So despite a barrage of harsh reaction from the mainstream press, liberal politicians and interest groups and the White House itself, the former DNC chairman remains unswerving in his opposition to the Senate Democrats' healthcare bill.

In an interview with Salon late Thursday, however, Dean insisted that he would support a version of the current legislation, with certain changes, and that he had "never said" he would only back a bill that included a public option. "We're not going to get reform," he said, meaning what he regards as true reform, which would have to include a public option or an expansion of Medicare. "The question is, can we get a bill that does some good instead of more harm than good. And in order to do that, the protectionist legislation for the insurance companies that is in there now needs to be stripped out entirely."

What irks him the most in the current bill, he said, is that it permits insurance companies to charge as much as 300 percent more to some customers than others. So even though they must provide coverage to anyone who applies -- known as "guaranteed issue" -- the price differential that can be charged to older or sicker customers virtually erases that promise. "If you have to pay $20,000 a year for insurance, what good does it do if you have guaranteed issue?" he asked rhetorically. "Which is in fact what you'd have to pay if they can charge you three times as much as they do ordinary people. They have 300 percent rate differences in that bill. In Vermont, we have 20 percent rate differences, and that works."

The bill lacks sufficiently stringent controls on insurance company pay for executives and other wasteful expenditures as well, Dean argues, which is why he also opposes its mandate requiring all Americans (with few exceptions) to buy health insurance. "Why should you force Americans into a system that takes between 20 and 30 percent off the top for CEO salaries and return on equity?" he asked. "You're forcing them into that system and it's unfair." There should be no mandate without a public option, he said.

The best way to remedy this fundamental flaw, according to Dean, is to expand Medicare, because that avoids all of the political and market problems of a system based on private insurance. In the current legislation, he supports the insurance "exchange mechanism, because I assume we would need that no matter what else we do in the bill -- it is the most sensible way to buy insurance, and it was pioneered in Massachusetts," where insurance costs have declined. "I would certainly leave in the expansion of Medicaid," he added, "and make it bigger and have the feds put more money in it so the states don't get left on the hook. That's how we did universal insurance for kids [in Vermont] and I'm a huge fan of that." He also supports the expansion of community health centers and for wellness and preventive care in poor communities.

At the center of his argument with the Senate leadership and the White House is his insistence that their bill is a hodgepodge of "hocus pocus" and not "real insurance reform." He still believes that Congress could pass a Medicare expansion next year using the reconciliation process, needing only 51 votes rather than 60 -- and including $500 billion in cuts applied to Medicare Advantage subsidies to private insurers to pay the cost.

So does he really want to kill this bill? "Oh, I think they should vote no on it. I would like to see it redone," he said. "You can't vote for a bill like this ... You can't say, oh, we'll all vote for this piece of junk now, just to get it to the conference committee [with the House], because it's not going to get any better when it comes out of the conference committee if four Senators from the insurance industry can veto the result." He declined to name those four Senators, because "I'm trying not to get too much into ad hominem attacks."

Regardless of the nasty personal remarks about him that have been emanating from the White House, Dean wanted to emphasize that he still supports the president. He dismissed any talk of another run for president. "I plan to support President Obama vigorously in 2012. I think he's done a terrific job on things like the environment and restoring America's name in the rest of the world," he said. "I remember what it was like to have George Bush as president and I'm not on a mission to destroy the Democratic Party, having rebuilt it. But we didn't elect Democrats to pass crap. We elected Democrats to make a difference"

Will this bill make a difference despite its flaws? He doesn't think so. Although much of Dean's critique makes sense -- and he is hardly alone in his disappointment -- some of his arguments have been disputed by other progressive experts, notably Ezra Klein and Paul Starr.

But the real crux of the argument between Dean and the bill's supporters is less about the details than over what this act means for the future of healthcare in America. For those who want the bill to pass despite its defects -- a position that I have come to share -- this is the moment when the nation decides that health insurance must be provided to every citizen, period. That tidal shift is why right-wing politicians and pundits are so ferociously opposed to this bill -- and why its passage would represent an important victory on the way to restoration of the American social contract.