"Did You Hear About the Morgans" stinking? 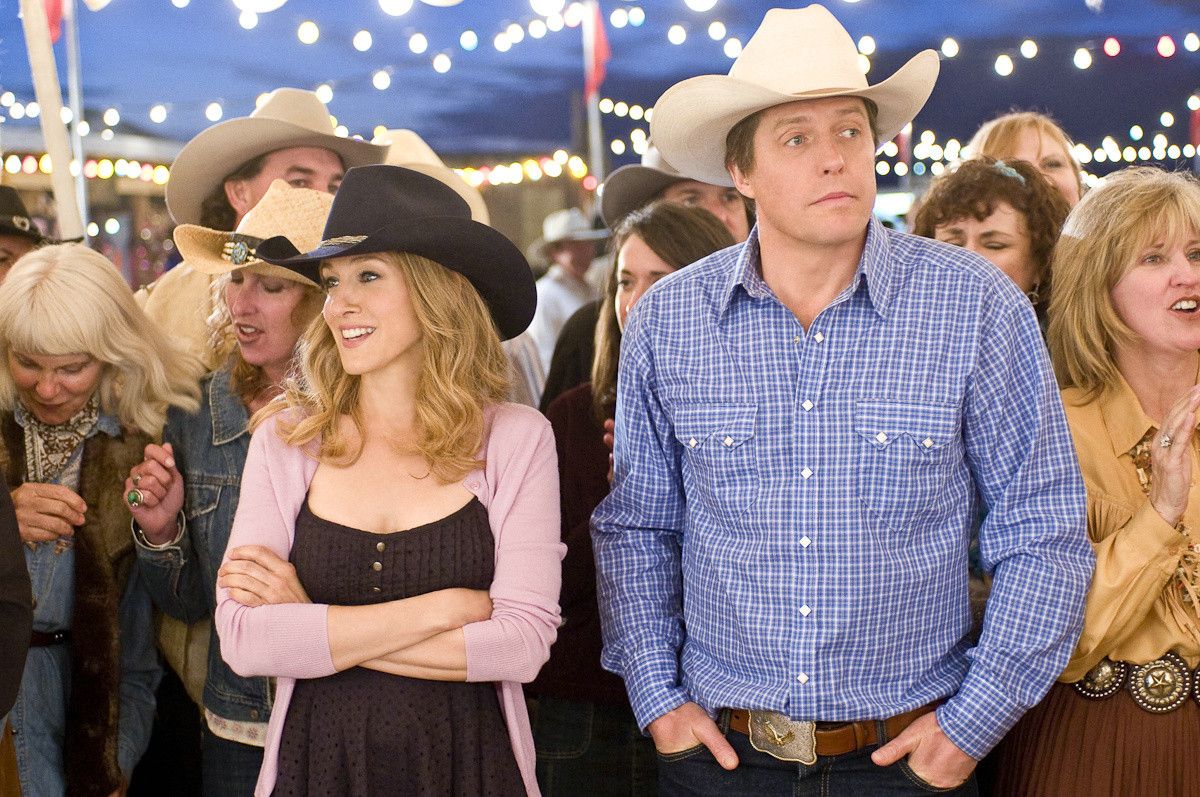 The most entertaining moment of "Did You Hear About the Morgans?" came halfway through the press screening, during yet another scene of middle-aged bickering. Hugh Grant, one-half of a recently separated New York power couple, sputters an excuse for his infidelity to his estranged wife. "I'm not perfect," he says. "I'm human. I made a mistake." At which point the woman next to me cracked, "That's what Tiger said!"

Unfortunately, not everyone will be so fortunate in their random seat mates. So in case you're still on the fence about this shambling wreck of a romantic comedy (which is neither romantic nor comic), let me help by saying that you have already seen this movie. You may have seen it on the Hallmark channel, or Lifetime, or an old episode of "Who's the Boss?" Although, to be fair, "Who's the Boss?" had better writing.

Sarah Jessica Parker plays Meryl Morgan, an overcaffeinated New York City woman who, despite running the city's most faaabulous boutique real estate firm, blabs about her biological clock to complete strangers and has a rare talent for jumping up and down and shrieking. Hugh Grant is her estranged mate Paul, who cheats, leaves rambling voice mails and stammers. Yes, they are both playing agonizingly to type. When the pair stumble onto the murder scene of of Meryl's client and get an eyeful of the killer, they are conveniently whisked into temporary witness protection in a small Wyoming town with a red neck and a heart of gold. If you're concerned that Sam Elliott won't play the taciturn local marshal with a love for John Wayne movies, have I got a treat for you!

Soon, these fish out water are doing hilarious things like milking cows. (Hey, remember when this happened on that episode of "Sex and the City" almost a decade ago? Because I do.) and falling in love all over again. (Remember that shot in "Nine Months" involving Hugh Grant, his costar Julianne Moore and a twinkling city skyline? Because I remember that as well!).

Let's see if you too can be a Hollywood writer. What will happen when this duo -- one who's infertile and one who's unfaithful -- are thrown together again one starry night? Should there be a scene in which someone runs away from a bear? Attempts to chop wood? Dances in a cowboy hat? Will those fussy Gothamites bitch about how it's too "quiet" to sleep and the air is "too clean"? Will a vegetarian be served a plate of sausages? When someone mentions that it's a good thing the Morgans will be in town for the rodeo, will there be a scene involving an assassin, a bull and clowns? Congratulations, here's $50 million. Go fuck something up.

The movie might have had a flicker of redemptive eye candy had Grant and Parker displayed anything but what looks like utter repulsion for each other. In the moments when they kiss (oh, like that's a spoiler) they actually seem to be pushing each other away. At least old pros Sam Elliott and Mary Steenburgen, as the wise local law enforcement, have an easy, sexy chemistry. The rest of the cast, including a painfully snappish Elisabeth Moss, are ill-used and, apparently, terribly angry. "Morgans" does bear the distinction of boasting the sourest cast ever assembled outside of a Lars Von Trier production.

So why, you ask, are we even sitting around talking about this epic waste of two hours? Why even bother to review it? Because, as Manolha Dargis explained so eloquently for Jezebel this week, the buck doesn't stop at the awfulness of one movie. It's about the disregard mainstream Hollywood so blatantly has for all of us, a loathing of us, the ticket-buying audience, that "Morgans" epitomizes. You're a city slicker? Wowee, you must be one uptight fancypants with no real-world skills. Or maybe instead you're just a bumpkin who buys your clothes in a warehouse and watches TV on your tattered couch. Are you a woman? Oh, you barren harpy, you! A man? Let's just make you a philandering idiot. I've seen more regard for humanity in the "Saw" series. But I'll give the movie this much: While it fails on nearly every conceivable level, as a textbook case in everything contemptible in the studio system, "Did You Hear About the Morgans?" is as good as it gets.

Did You Hear About The Morgans? Movies