The White House is friendly to its enemies, patronizing to its friends

The president's base won't easily forget being talked down to 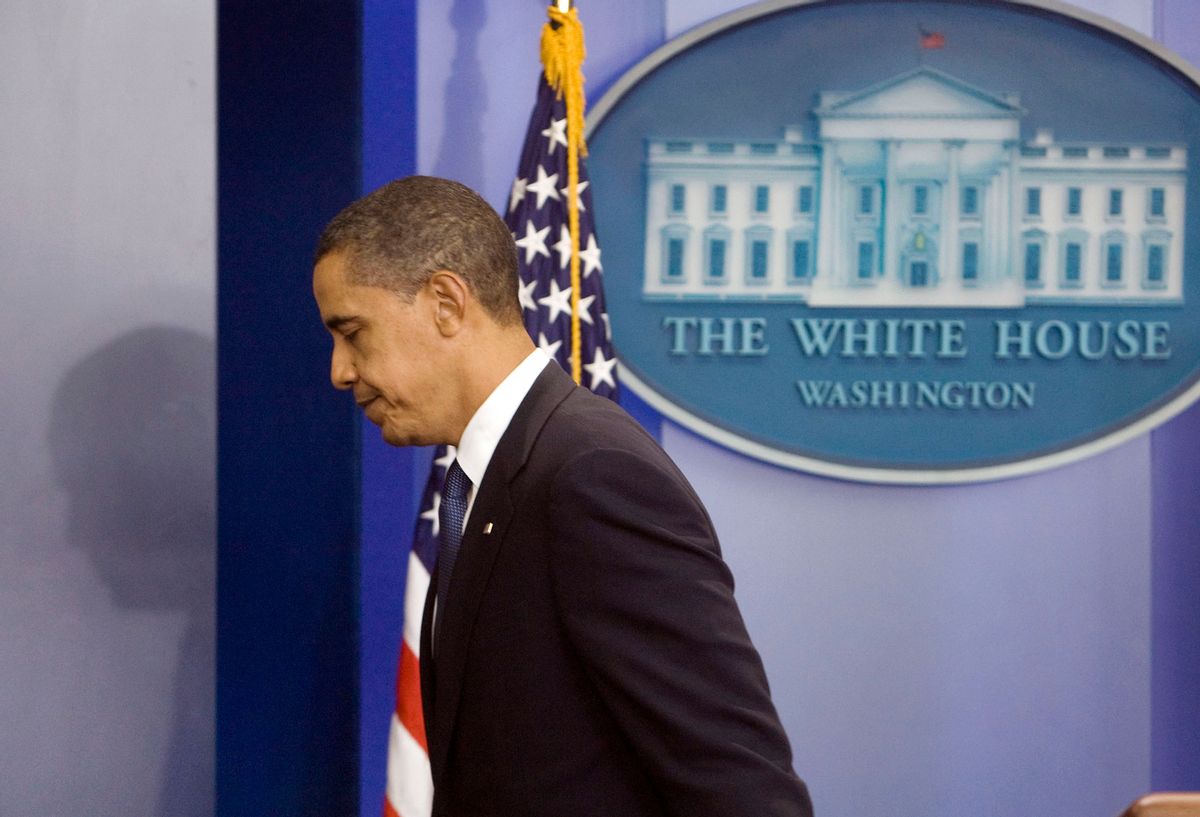 The New York Times has now covered an issue that many liberal bloggers have discussed for several days -- the White House's anger directed toward progressives who oppose the Senate healthcare bill. Several liberals have criticized the bill because it does not include a public plan option or a Medicare buy-in.

Many Democrats -- including President Obama -- previously argued that such measures, particularly the public plan, could provide competition for insurers and reduce the cost of insurance premiums. Indeed, one of the strongest arguments in support of a universal mandate -- which the bill contains -- is that the public plan would reduce costs and make insurance affordable for the uninsured.

Under orders from the White House, Senate Majority Leader Harry Reid deleted the public plan and Medicare buy-in from the healthcare bill. This move has angered liberals, who rightfully point out that Obama is betraying promises from his own very recent presidential campaign. Howard Dean, a medical doctor and former head of the Democratic National Committee, has advocated that senators "kill" the bill and craft a new measure that offers "real reform." Furthermore, Senator Bernie Sanders, who actually prefers a single-payer system, announced yesterday that he was not committed to voting for the legislation in its present format.

As I have already written, White House officials have moved to attack and discredit liberals who oppose the Senate bill. White House Press Secretary Robert Gibbs, for example, said that Dean was acting irrationally. Also, White House Senior Advisor David Axelrod said that liberal opponents of the Senate bill are "insane." The White House response has only enhanced anger among liberals.

Axelrod conducted a conference call with liberal bloggers on Wednesday, and he faced numerous questions regarding the White House response to progressive opponents of the Senate bill. One blogger asked Axelrod whether the White House would respond with similar anger to Ben Nelson, the moderate Democrat who also announced his opposition to the Senate bill because he wants tougher provisions related the delivery of abortion services. According to The Nation, during the conference call, Axelrod tried to back away from the harshness of his previous comments regarding liberals:

"I'm not professionally qualified to judge insanity and maybe I should have used a different word," Axelrod said, and he noted that "everybody's a little on edge at this point" in the long legislative battle. He also stressed his respect for allies in the "progressive community," but reiterated his view that it would be "wrongheaded" to squash all of health care reform at this point, which is "infinitely better" than the status quo.

My take: I suspect that liberals will remain disappointed. The White House did not describe Lieberman, Mary Landrieu or Bill Nelson as "insane" or "irrational" when they threatened to vote against or filibuster the proposed legislation. Instead, the White House moved to appease them.

Liberal activists, many of whom worked to elect Obama, feel betrayed by the White House's angry response to their legitimate complaints. Furthermore, this is not the first time liberals have felt let down by the White House. On issues as diverse as gay rights and the Afghanistan War, liberals believe that President Obama has not taken their interests into account or that he has moved away from his campaign promises. These types of feelings do not vanish easily.