Martha and Snoop get baked 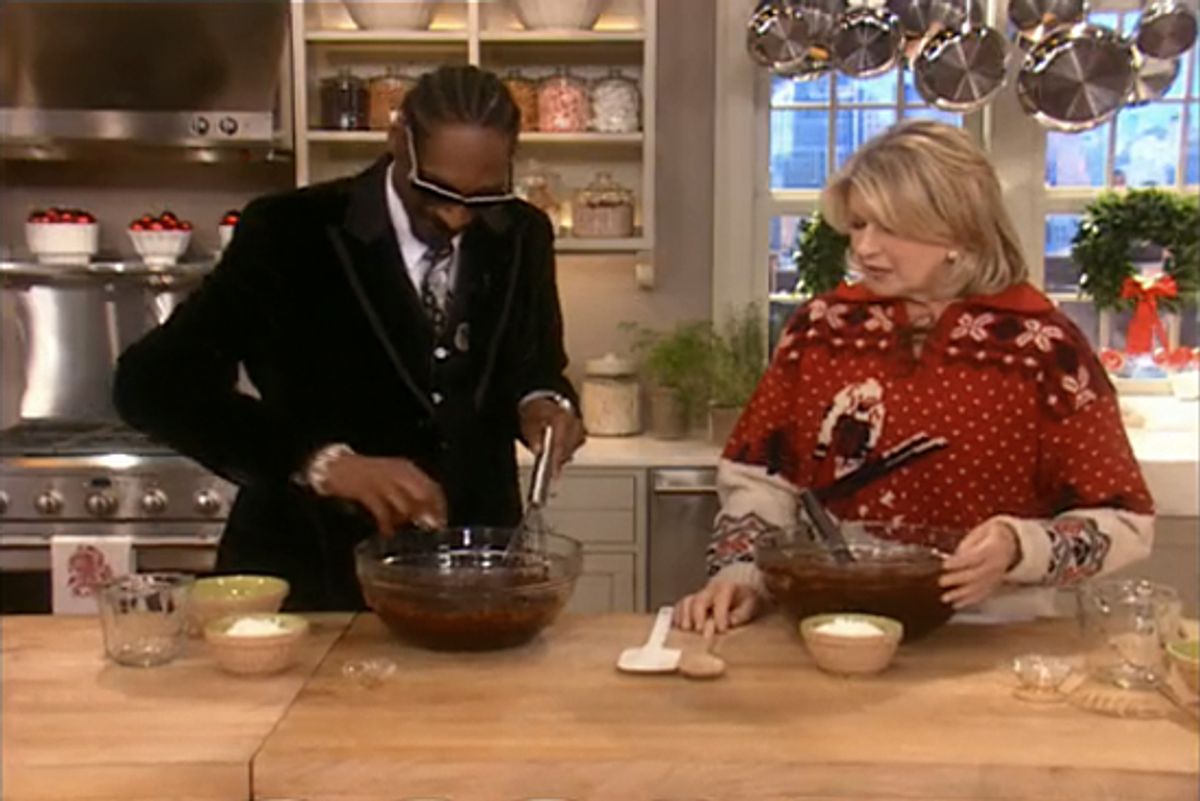 If you're looking for two one-of-a-kind entertainers and all-around entrepreneurs, individuals who have put their unique stamp on American culture while keeping their tongues firmly in their cheeks, you'd be hard pressed to do better than Martha Stewart and Snoop Dogg. They've both had their own television shows. They're both on Twitter. One is known as a gangsta, and one has done time on the inside.

So what better gift could we, the pop culture adoring public, receive this holiday season than an appearance by Mr. Gin and Juice on the very special cookie episode of "The Martha Stewart Show"?

On Friday, the two icons bantered about their respective side projects, with Martha expressing her admiration for Snoop's iPhone apps and his new, seriously genius GPS Navigation system. But what they were really there to do was get their Doggystle bake on.

Mixing up a bowl of cocoa goodness, it didn't take long for Snoop to muse that "We're missing the most important part of the brownies." Martha, not missing a beat, delightedly goaded him, "Which is? Which is? Which is?" Snoop then elaborated, "No sticks, no seeds, no stems," prompting Martha to explain, "He wants green brownies." And there was a gleam in that woman's eye that told us, "I really hope he's holding." (Martha experts will recall a similar schtick during last summer's "Pot Show" with Jimmy Fallon.)

And then do you know what they did? They made some bomb-ass green brownies, bitch! Okay, so Martha's were only verdant by virtue of the festive sprinkles strewn atop. Still, we totally think Martha's a bit of a head, which makes us want her to be the one to show us how to make the perfect skull bong.

Snoop, while refusing Martha's sincere entreaties to rap for her, did go a little folk when he sang "He's got the whole bowl in his hands." And after a discussion of masculine pursuits, Martha's parting words of the segment were a fond bit of advice. "All of you women out there," she said, "build your man a man cave, and he'll be just like Snoop Dogg."