4. In which it is revealed that ACORN was behind the destruction of America. Somehow 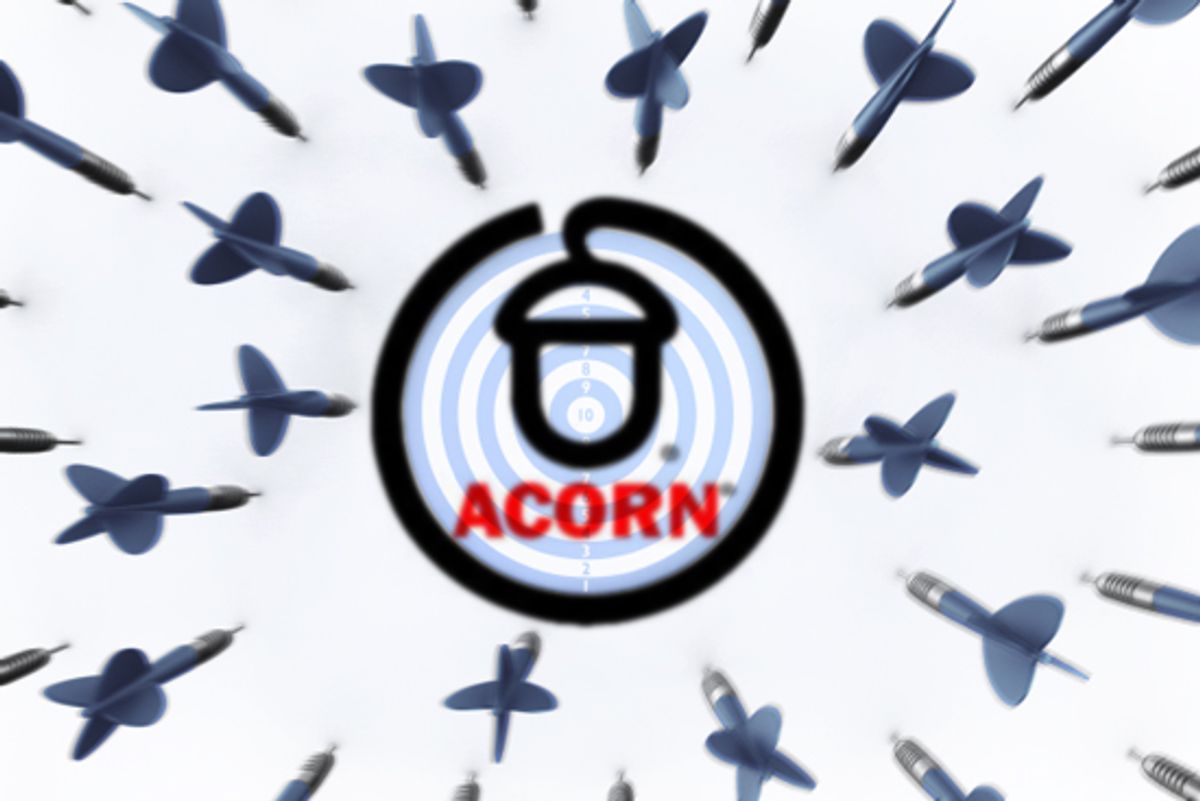 Community organizations, the kind that work to help poor, underserved minorities in urban areas, don't usually come off as omnipotent. ACORN is different. The group is apparently faster than a speeding bullet, able to leap tall buildings in a single bound, capable of stealing the 2008 election for Barack Obama and at least partially responsible for the recession, all while simultaneously abetting child prostitution and a conspiracy to turn the 2010 Census into a plot for permanent left-wing control of government.

Or so the right wanted us to believe this year, and too many media organizations went along with the story. ACORN -- its official name is Association of Community Organizations for Reform Now -- became conservatives' favorite boogeyman during the 2008 presidential campaign due to an old, loose tie to Obama and long-standing accusations of voter fraud lodged against it. (The fact that ACORN is largely staffed by, and serves, African-Americans probably didn't help.) Rep. Steve King, R-Iowa, even said at a hearing he and other congressional Republicans held on the group in late 2009 that he always carries a copy of the Constitution and an acorn -- the nut -- in order to remind himself of the threat the latter poses to the former.

The response from some on the left has been to portray ACORN as without blame, a good organization attacked by bad Republicans. That's bogus, too. The brother of ACORN's founder allegedly embezzled $1 million from its coffers, and yet no one bothered to tell law enforcement, or even the board. Its employees have, for years now, been turning in scores of fraudulent voter registration forms, and despite big talk from the group about cleaning up, the problem shows no signs of abating. And it hires people so dumb -- or perhaps just so uncaring, so uncommitted to actually helping people -- that some of them got caught in a right-wing sting operation run by two 20-somethings who wore ridiculous pimp and prostitute costumes and sought help getting funding to run a brothel, sometimes even telling the ACORN staffers they were going to smuggle in illegal immigrants, some of them underage, to use as prostitutes.

None of that, though, erases the good that ACORN has done in some communities, or justifies the congressional vendetta against the group. Much of the media covered the shocking video "sting" operation -- but the revelation that many of the videos were edited, and many local ACORN leaders turned away the alleged pimp and prostitute, got much less coverage. Congress went so far as to cut off federal funding for the group, but in December a federal judge ruled that the move violated the Constitution's prohibition against bills of attainder -- congressional actions that mete out essentially judicial punishment against a specific individual or organization -- so, for now, ACORN will keep collecting that money. And headlines about ACORN's collecting fraudulent voter registration forms often failed to capture that the victim in these cases is ACORN itself, or ACORN's funders, as it paid people to produce the fake registration forms for nonexistent voters who'll never turn out to support the group's supposedly socialist agenda.