Throw grandma from the train

1. Palin started it, Gingrich and Grassley echoed it, the media spread it. If healthcare reform dies, here's why 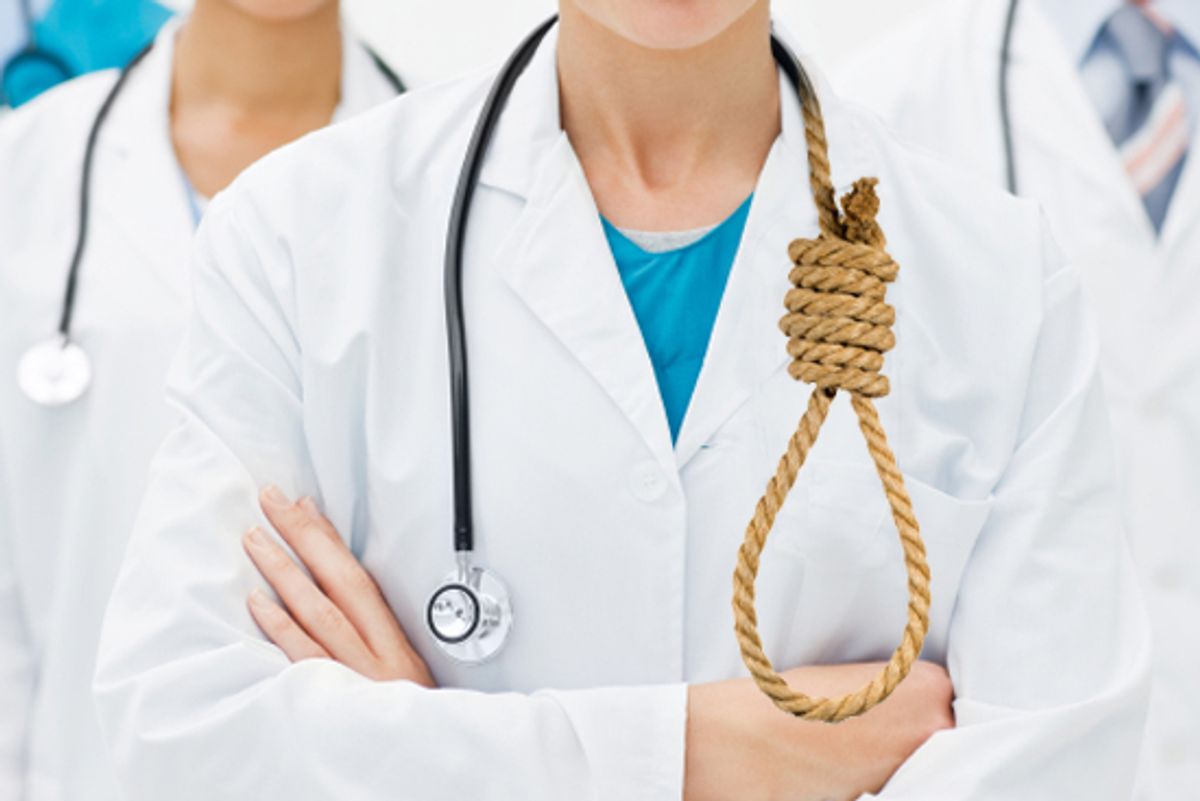 Former Alaska Gov. Sarah Palin probably didn't realize it, but when she coined one of the phrases that defined the healthcare reform debate in the second half of the year -- death panels -- she was echoing accusations that began with the cult-like Lyndon LaRouchites. From Palin the term spread via the media, was endorsed by the likes of Newt Gingrich and Sen. Charles Grassley, and became the bogus story that did the most to influence politics this year.

Palin took to Facebook in August to warn of a system "in which my parents or my baby with Down Syndrome will have to stand in front of Obama’s 'death panel' so his bureaucrats can decide, based on a subjective judgment of their 'level of productivity in society,' whether they are worthy of health care." And she warned of "the Orwellian thinking of the president’s health care advisor, Dr. Ezekiel Emanuel." Not two months earlier, a leading LaRouchite described Emanuel -- who's actually a leading medical ethicist and staunch advocate for those approaching the end of their life -- as "President Obama's leading representative on a Federal 'death council' drawing up a list of medical procedures to be used to deny care to elderly, chronically ill, and poor people, whose lives are considered of less value."

Ultimately, the genesis of the whole "death panel" idea didn't matter, at least not nearly as much as the notion itself. It had been bubbling up on the right before Palin got to it, coming from every conservative's favorite source for completely distorted information about healthcare reform, Betsy McCaughey, not to mention from Republicans who warned of "euthanasia" – much of the hysteria based on an innocuous provision that would have ensured coverage for completely voluntary counseling about end-of-life decisions, which middle class and wealthy families routinely obtain.

Luckily for the right, the press was there to help them spread this message. Some media outlets were better on this story than others, pointing out that what Palin and others had said was flat-out wrong, but the story was irresistible fodder for many, especially on television. The amount of coverage granted to the claims only added to the insanity, whether there was a debunking included or not. Television news was, of course, the worst offender -- CNN, for example, did fact-check the allegations at times, but because it was covering the story so often, there were also all too many times when what Palin had said was just reported as news; the actual facts weren't included. On the night that the former governor debuted the "death panel" term, CNN anchor Campbell Brown said only: "The debate over healthcare reform getting ugly. Tonight, Sarah Palin posted a long statement on her Facebook page calling the Obama plan, quote, 'downright evil.' She says it would force her disabled son to stand in front of an Obama death panel in her words."

Meanwhile, prominent conservatives were doing their level best to promote the idea of death panels as real. On his radio show, Glenn Beck said, "I believe it to be true." Former House Speaker Newt Gingrich went on ABC's "This Week With George Stephanopoulos" and backed Palin, saying, " You are asking us to trust turning power over to the government, when there are clearly people in American who believe in establishing euthanasia, including selective standards." And Iowa Sen. Chuck Grassley stole the spotlight for himself when he said, "We should not have a government program that determines if you're going to pull the plug on grandma."

The influence this kind of coverage had was unmistakable. One poll conducted less than two weeks after Palin popularized the term found that 86 percent of Americans had heard about "death panels," and 30 percent -- including 47 percent of Republicans and 28 percent of independents -- believed the claims about them.

Those numbers were disturbing by themselves. But the saddest part is that all this hubbub obscured one simple truth: There aren't any death panels in the Democrats' legislation -- but private insurance companies ration care all the time, and sometimes the results are fatal.