7. Big stars fell for the notion that the confessed rapist/filmmaker was the real victim 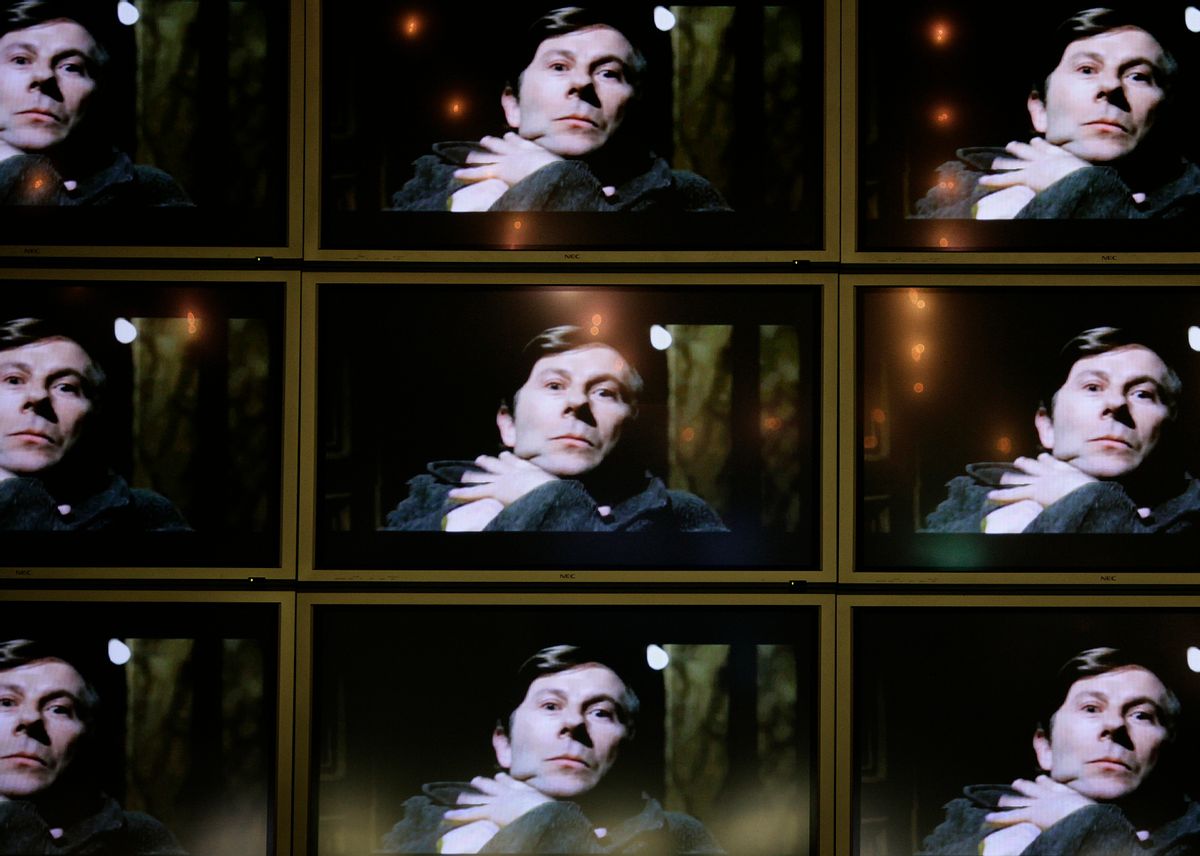 TV screens show Roman Polanski in one of his films at the Corso cinema during the 5th Zurich Film Festival in Zurich, September 27, 2009. Film-maker Polanski was arrested in Switzerland on a 31-year-old U.S. arrest warrant yesterday evening at the Zurich airport. REUTERS/Sebastian Derungs (SWITZERLAND ENTERTAINMENT CRIME LAW) (Reuters)
--

The 13-year-old girl wasn’t the true victim. Such was the shockingly popular response to Roman Polanski’s September arrest in Switzerland. He was the real injured party, the bogus argument went, despite the fact he had pleaded guilty and fled the country before sentencing. The world-renowned director had already paid steep legal fees, faced professional stigma and spent 30 years in European exile. He wasn’t even able to pick up his Oscar in person -- poor guy. The 76-year-old Holocaust survivor had suffered enough.

Many also reasoned that his creative brilliance ultimately outweighed his criminal misdeeds. More than 100 artists -- including Hollywood heavyweights Woody Allen, Pedro Almodóvar and Wes Anderson -- signed a petition calling for Polanski’s release. France’s Foreign Minister Bernard Kouchner was similarly appalled: "A man of such talent, recognized in the entire world, recognized especially in the country that arrested him -- all this just isn't nice." It just wasn’t nice. How often is that said about the punishment of an admitted child rapist? Of course, Whoopi Goldberg infamously argued on "The View" that what Polanski did with that little girl wasn’t actually, you know, "rape-rape." Some contended that Polanski hadn’t known the girl’s real age and that he had been taken advantage of by her fame-seeking stage mom.

This was a mainstream, accepted response until Salon’s Kate Harding stated a simple, no-nonsense fact: "Roman Polanski raped a child," she wrote in Broadsheet. She was one of the very first writers to pull back the curtain on his apologists:

Let's keep in mind that [he] gave a 13-year-old girl a Quaalude and champagne, then raped her, before we start discussing whether the victim looked older than her 13 years, or that she now says she'd rather not see him prosecuted because she can't stand the media attention. Before we discuss how awesome his movies are or what the now-deceased judge did wrong at his trial, let's take a moment to recall that according to the victim's grand jury testimony, Roman Polanski instructed her to get into a jacuzzi naked, refused to take her home when she begged to go, began kissing her even though she said no and asked him to stop; performed cunnilingus on her as she said no and asked him to stop; put his penis in her vagina as she said no and asked him to stop; asked if he could penetrate her anally, to which she replied, "No," then went ahead and did it anyway, until he had an orgasm.

Throughout her exceedingly rational piece, Harding offered the crucial reminder that he had raped a child. It was a call to arms -- and a hugely successful one at that. Her post landed her an appearance on the "Today" show, Time magazine called it "the best, most comprehensive rebuttal" of Polanski’s supporters, and Newsweek highlighted her post as the most notable of the "smart and convincing" responses to his arrest. It restored sanity to the national conversation.