What's next for healthcare reform

Informal talks to reconcile more progressive House bill with Senate's; affordability will be a focus 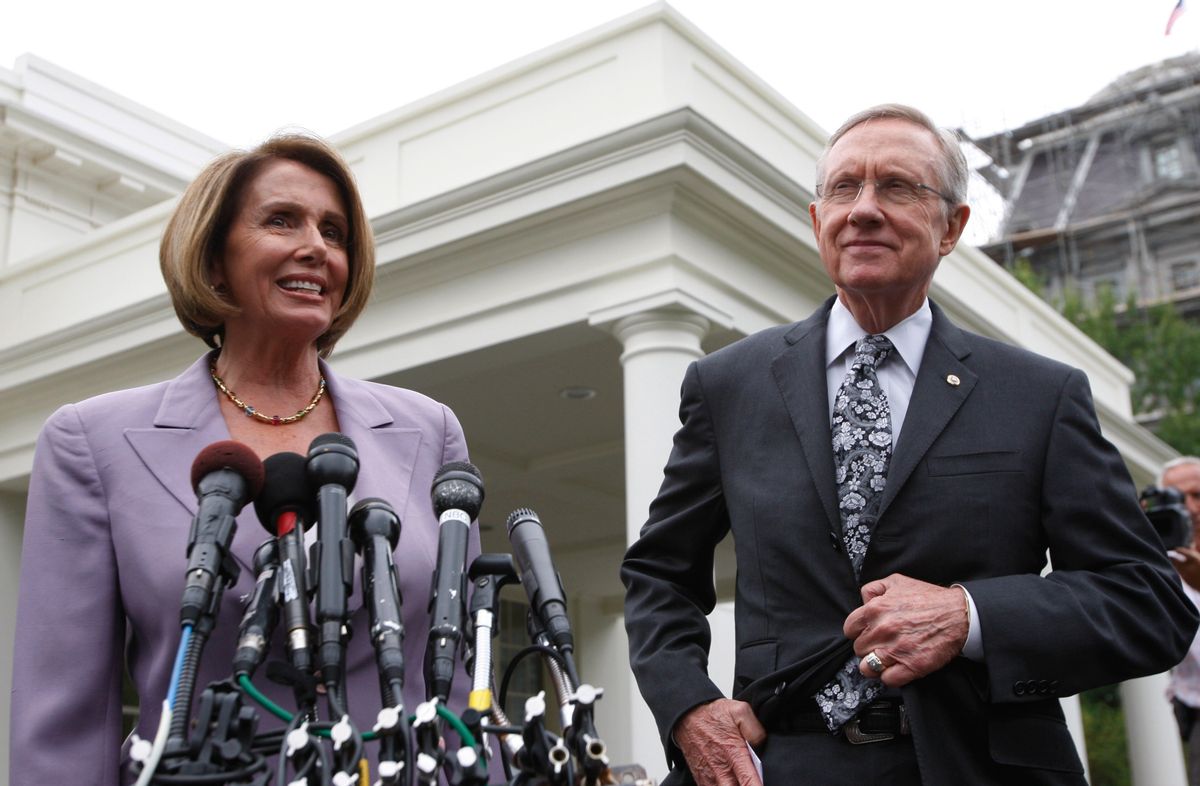 The healthcare reform legislative process has been messy all the way through — why should the end be any different?

Instead of a formal conference committee, the House and Senate are preparing to negotiate informally to reach agreement on how to reconcile the two very different bills the chambers have now passed, sources tell Salon. Once leaders decide how to merge the bills, the House will probably take up the Senate bill, then amend it to reflect the negotiations. The Senate would follow. (In an apparent attempt to make wonkish legislative tactics appear whimsical, this procedure is known as "ping pong" inside the Capitol.) That would be faster and potentially make it easier for Democratic leaders to steer, than appointing official conferees; for one thing, the GOP could use Senate rules to delay the start of a conference committee.

What the ping-pong plan means for the final product is hard to predict. The House bill is, in many ways, far more progressive than the Senate version — there's a public insurance option as part of the exchanges the bill would set up, a tax on the wealthy to pay for the new insurance subsidies, and a requirement that all employers provide insurance to their workers. The Senate, in contrast, has no public option or anything like it (thanks to Joe Lieberman), pays for the subsidies by taxing expensive health benefit plans and requires only individuals — not employers — to purchase insurance. The House bill also takes effect sooner, in 2013 rather than 2014, though some of the Senate provisions — like a ban on insurers refusing coverage to children with pre-existing medical conditions — would take effect immediately. The House has a national insurance exchange; the Senate would set up 50 state exchanges. On the other hand, the House's abortion provisions are more restrictive than the Senate's. And the Senate bill has a provision for an independent commission on Medicare reimbursement rates that the House bill lacks; that could help cut medical costs, one of the ostensible purposes of the legislation.

House Democrats have come pretty close to drawing a line in the sand over the public option, as well as supporting the employer mandate and opposing the tax on benefits. Rep. Raúl Grijalva, D-Ariz., the co-chairman of the House Progressive Caucus, calls those provisions items that "cannot be dismissed." But key conservatives in the Senate, like Lieberman and Nebraska Democrat Ben Nelson, say they won't vote for a final bill that strays too much from the version the Senate passed Thursday. And since the legislation will, once again, need 60 votes to get past procedural obstacles in the Senate, that's a serious threat.

So the negotiations may focus on making insurance more affordable for the millions of people who will still need help buying the coverage they're required to get. The Congressional Budget Office says the Senate bill would save $132 billion over the next 10 years, and some of that money could be used to expand access to community health clinics and beef up subsidies and other affordability improvements. "You have some money to spare, because you're so deep in the black," one senior Senate Democratic aide says. "You figure out where you can spend some money to help" — both help people get insurance and help keep progressives on board with the bill.

Also, look for the final bill to include as many provisions that take effect sooner, rather than later, as possible. Democrats worry about polls showing the legislation isn't popular with voters, and there is, after all, another election only 11 months away. Being able to point to some concrete examples of how the bill helped people now would ease those worries dramatically. (The Senate Finance Committee has already posted a list of immediate changes the bill would provide, including a ban on dropping coverage for patients who get sick.)

Very tentative informal talks will take place next week, aides say, and staffers from the House and Senate will begin meeting the first week in January. Once the House returns from its winter break, lawmakers will start meeting. Chances are the bill could be ready for passage by late January or early February.