"An alert and courageous citizenry are far more resilient than an isolated extremist," the president says 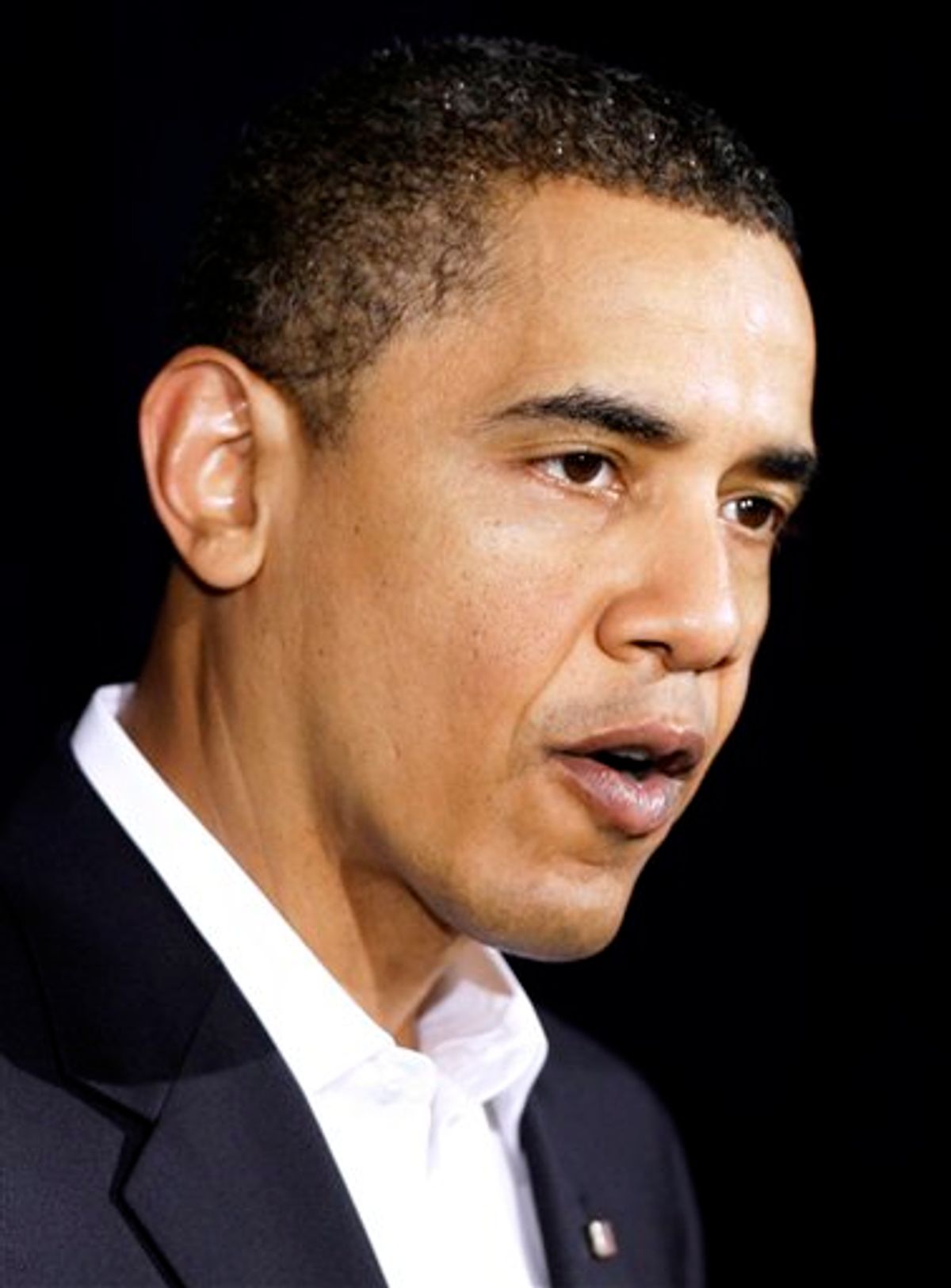 Ever since the attempted terror attack on Northwest Flight 253 on Christmas Day, political observers have been waiting for President Obama to speak about the incident. On Monday afternoon -- though still morning where he's vacationing in Hawaii -- the president did that.

In a few minutes of remarks, Obama went back over the details of what his administration is doing in response to the attempted bombing, including steps officials will be taking in order to hopefully prevent future incidents like this one. He also discussed planned reviews of the terror watch lists, along with the "no-fly" list; the efficiency of those systems have been thrown into question by revelations that the alleged terrorist's father warned the U.S. about his son.

Though this wasn't an occasion for the grand speechmaking the president's known for, his did go past the mere outlining of the administration's response. Obama also emphasized messages that have been a constant of his rhetoric about terrorism.

"As Americans, we will never give in to fear or division," Obama said. "We will be guided by our hopes, our unity, and our deeply held values."

Finally, Obama addressed recent events in Iran, saying, "The United States joins with the international community in strongly condemning the violent and unjust suppression of innocent Iranian citizens, which has apparently resulted in detentions, injuries, and even death."

More of the president's comments:

I wanted to take just a few minutes to update the American people on the attempted terrorist attack that occurred on Christmas Day and the steps we're taking to ensure the safety and security of the country ....

Here's what we know so far: On Christmas Day, Northwest Airlines Flight 253 was en route from Amsterdam, Netherlands, to Detroit. As the plane made its final approach to Detroit Metropolitan Airport, a passenger allegedly tried to ignite an explosive device on his body, setting off a fire.

Thanks to the quick and heroic actions of passengers and crew, the suspect was immediately subdued, the fire was put out, and the plane landed safely. The suspect is now in custody and has been charged with attempting to destroy an aircraft.

A full investigation has been launched into this attempted act of terrorism, and we will not rest until we find all who were involved and hold them accountable.

Now, this was a serious reminder of the dangers that we face and the nature of those who threaten our homeland. Had the suspect succeeded in bringing down that plane, it could have killed nearly 300 passengers and crew, innocent civilians preparing to celebrate the holidays with their families and friends.

The American people should be assured that we are doing everything in our power to keep you and your family safe and secure during this busy holiday season.

Since I was first notified of this incident, I've ordered the following actions to be taken to protect the American people and to secure air travel.

First, I directed that we take immediate steps to ensure the safety of the traveling public. We made sure that all flights still in the air were secure and could land safely. We immediately enhanced screening and security procedures for all flights, domestic and international. We added federal air marshals to flights entering and leaving the United States. And we're working closely in this country, federal, state and local law enforcement, with our international partners.

Second, I've ordered two important reviews, because it's absolutely critical that we learn from this incident and take the necessary measures to prevent future acts of terrorism.

The first review involves our watch list system, which our government has had in place for many years to identify known and suspected terrorists so that we can prevent their entry into the United States. Apparently the suspect in the Christmas incident was in this system, but not on a watch list, such as the so-called no-fly list. So I have ordered a thorough review, not only of how information related to the subject was handled, but of the overall watch list system and how it can be strengthened.

The second review will examine all screening policies, technologies and procedures related to air travel. We need to determine just how the suspect was able to bring dangerous explosives aboard an aircraft and what additional steps we can take to thwart future attacks.

Third, I've directed my national security team to keep up the pressure on those who would attack our country. We do not yet have all the answers about this latest attempt, but those who would slaughter innocent men, women and children must know that the United States will more -- do more than simply strengthen our defenses. We will continue to use every element of our national power to disrupt, to dismantle and defeat the violent extremists who threaten us, whether they are from Afghanistan or Pakistan, Yemen or Somalia, or anywhere where they are plotting attacks against the U.S. homeland.

Finally, the American people should remain vigilant, but also be confident. Those plotting against us seek not only to undermine our security, but also the open society and the values that we cherish as Americans. This incident, like several that have preceded it, demonstrates that an alert and courageous citizenry are far more resilient than an isolated extremist.

As a nation, we will do everything in our power to protect our country. As Americans, we will never give in to fear or division. We will be guided by our hopes, our unity, and our deeply held values. That's who we are as Americans; that's what our brave men and women in uniform are standing up for as they spend the holidays in harm's way. And we will continue to do everything that we can to keep America safe in the new year and beyond.