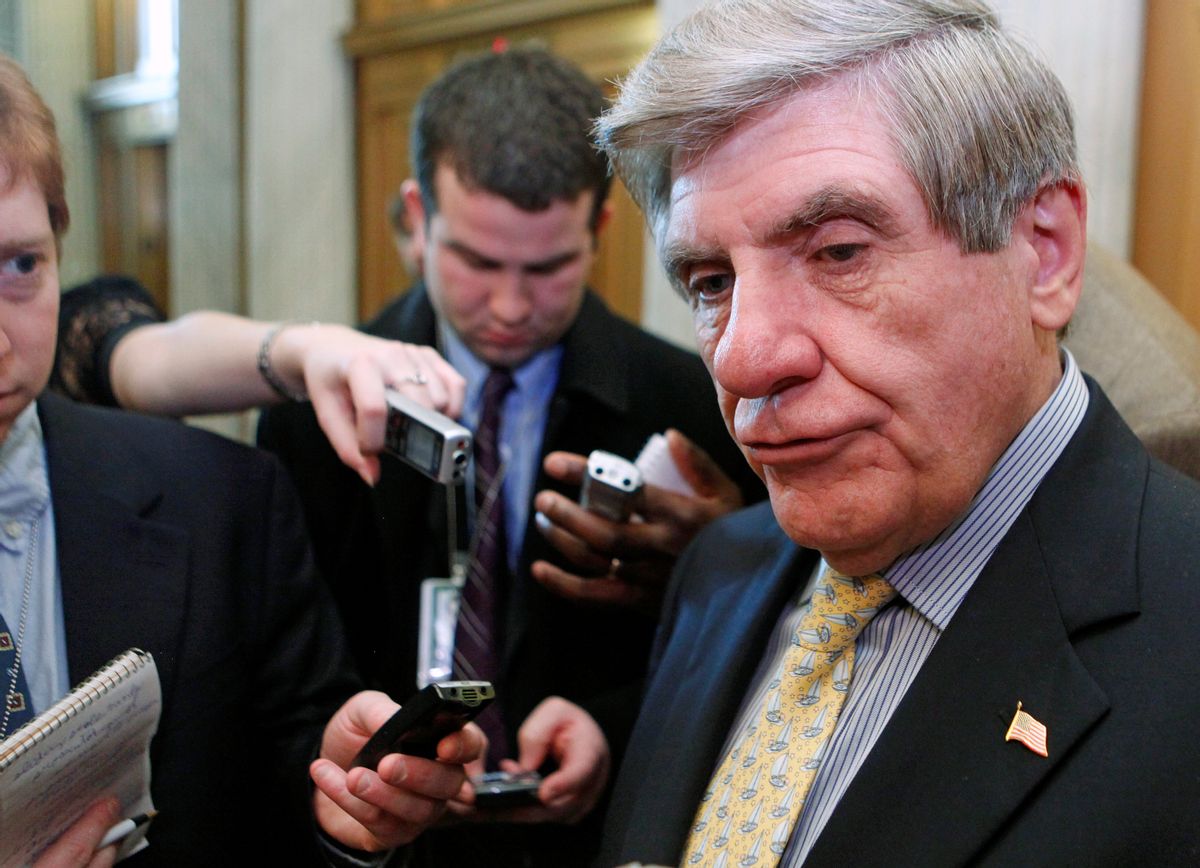 Sen. Ben Nelson, D-Neb., isn't up for reelection until 2012. And it's a good thing for him, too. A new Rasmussen poll shows him almost 30 percentage points behind one potential Republican challenger, Gov. Dave Heineman.

The survey shows 61 percent of respondents going for Heineman in a hypothetical matchup; by comparison, only 30 percent said they'd vote for Nelson.

"Just 17% of Nebraska voters approve of the deal their senator made on Medicaid in exchange for his vote in support of the plan. Overall, 64% oppose the health care legislation, including 53% who are Strongly Opposed," the polling firm says.

It also appears Nelson would get at least a small boost if he shifted positions on the issue -- if he votes to block reform, the number of respondents who say they'd vote for Heineman drops to 47 percent, with 20 percent of those supporters now going to Nelson, who'd be at 37 percent.

It's not all bad news for Nelson, though: 2012 is a long way off, and there's still plenty of time for public opinion in Nebraska to swing away from the GOP. Plus, in three years, reform legislation is likely to be less of a front-burner issue.