"A systemic failure... occurred, and I consider that totally unacceptable," the president says 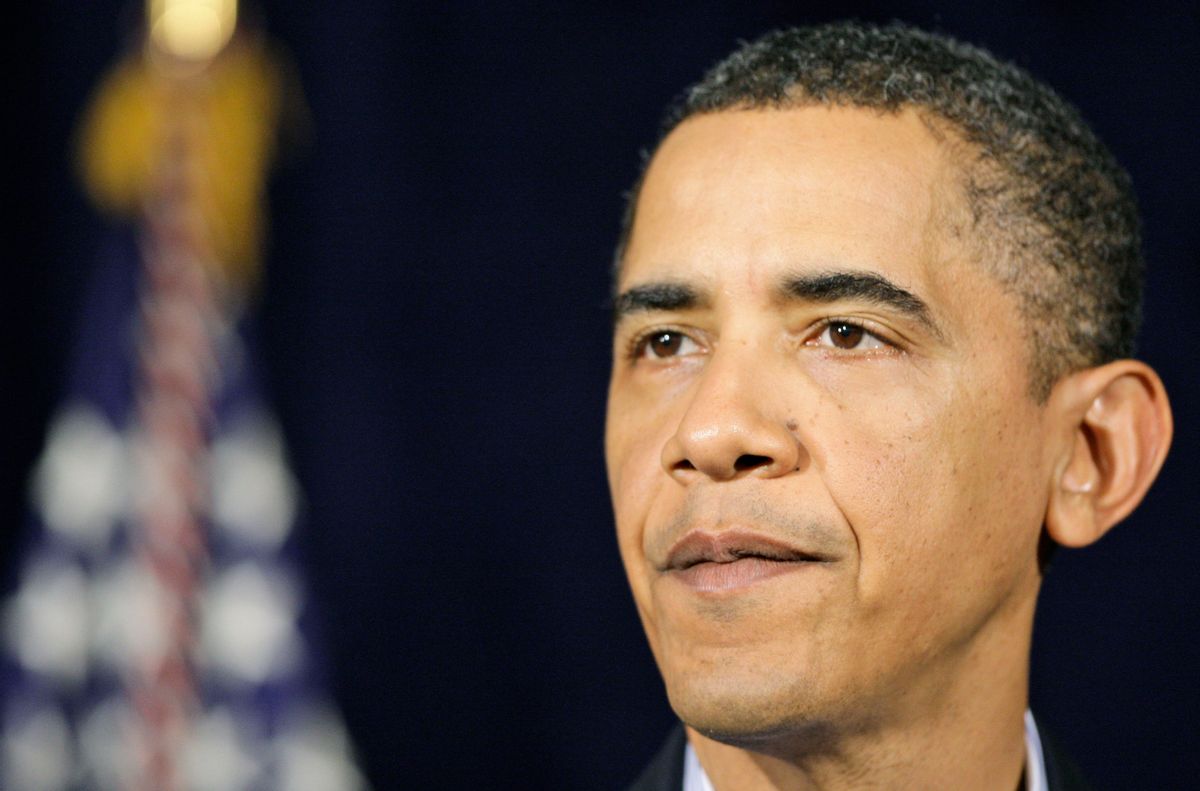 On Tuesday afternoon, President Obama addressed the attempted bombing of Northwest Flight 253 for the second time in two days. Unlike the remarks he made on Monday, these were apparently planned hastily, with such short notice given to the pool of reporters in Hawaii with him that the live feed of his comments was audio only, with video going to tape.

In contrast to what he'd said on Monday, and what his administration's message has been over the past few days, on Tuesday Obama took a harder, more realistic line. While he was careful not to criticize members of the intelligence community personally, he did admit to numerous mistakes that allowed the incident to occur, and was stern in speaking about them and saying they'd be addressed, and soon.

Yesterday, I updated the American people on the immediate steps we took, the increased screening and security of air travel to keep our country safe in the wake of the attempted terrorist attack on Christmas Day.

And I announced two reviews, a review of our terrorist watch list system and a review of our air travel screening so we can find out what went wrong, fix it, and prevent future attacks. Those reviews began on Sunday and are now underway.

Earlier today, I issued the former guidelines for those reviews and directed the preliminary findings be provided to the White House by this Thursday. It's essential that we diagnose the problems quickly and deal with them immediately.

Now, the more comprehensive formal reviews and recommendations for improvement will be completed in the coming weeks. And I'm committed to working with Congress and our intelligence, law enforcement, and homeland security communities to take all necessary steps to protect the country.

I wanted to speak to the American people again today, because some of this preliminary information that has surfaced in the last 24 hours raises some serious concerns. It's been widely reported that the father of the suspect in the Christmas incident warned U.S. officials in Africa about his son's extremist views.

It now appears that weeks ago this information was passed to a component of our intelligence community but was not effectively distributed so as to get the suspect's name on a no-fly list.

There appears to be other deficiencies, as well. Even without this one report, there were bits of information available within the intelligence community that could have and should have been pieced together.

We've achieved much since 9/11 in terms of collecting information that relates to terrorists and potential terrorist attacks, but it's becoming clear that the system that has been in place for years now is not sufficiently up to date to take full advantage of the information we collect and the knowledge we have.

Now, the professionalism of the men and women in our intelligence, counterterrorism, and law enforcement, and homeland security communities is extraordinary. They are some of the most hard-working, most dedicated Americans that I've ever met. In pursuit of our security here at home, they risk their lives day in, day out in this country and around the world. Few Americans see their work, but all Americans are safer because of their successes.

They have targeted and taken out violent extremists. They have disrupted plots and saved countless American lives. They are making real and daily progress in our mission to disrupt, dismantle and defeat Al Qaida and other extremist networks around the world. And for this, every American owes them a profound and lasting debt of gratitude. Moreover, as Secretary Napolitano has said, once the suspect attempted to take down Flight 253, after his attempt, it's clear that passengers and crew, our homeland security systems, and our aviation security took all appropriate actions.

But what's also clear is this: When our government has information on a known extremist and that information is not shared and acted upon as it should have been so that this extremist boards a plane with dangerous explosives that could have cost nearly 300 lives, a systemic failure has occurred, and I consider that totally unacceptable.

The reviews I've ordered will surely tell us more, but what already is apparent is that there was a mix of human and systemic failures that contributed to this potential catastrophic breach of security. We need to learn from this episode and act quickly to fix the flaws in our system because our security is at stake and lives are at stake.

I fully understand that even when every person charged with ensuring our security does what they are trained to do, even when every system works exactly as intended, there's still no 100 percent guarantee of success. Yet this should only compel us to work even harder, to be even more innovative and relentless in our efforts.

As president, I will do everything in my power to support the men and women in intelligence, law enforcement, and homeland security to make sure they've got the tools and resources they need to keep America safe, but it's also my job to ensure that our intelligence, law enforcement, and homeland security systems and the people in them are working effectively and held accountable. I intend to fulfill that responsibility and insist on accountability at every level.