Obama: Christmas attack due to failure to analyze intelligence 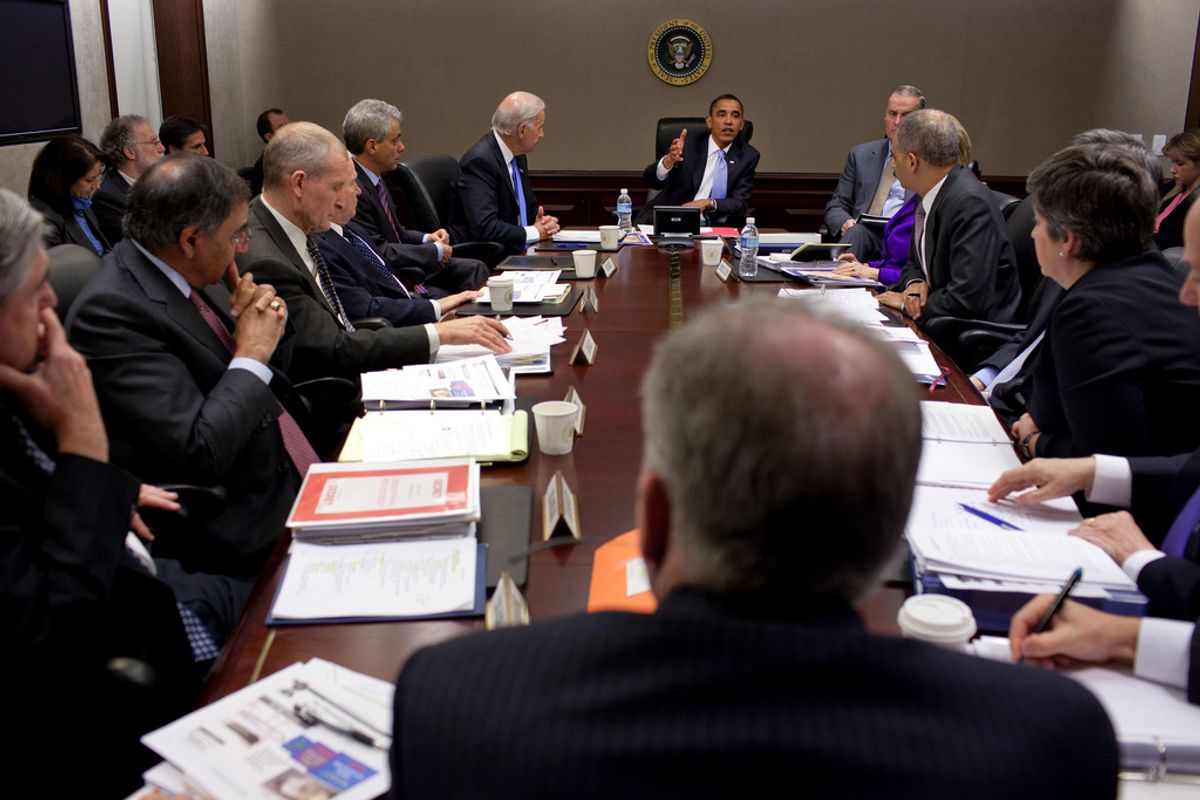 President Barack Obama meets with his national security team in the Situation Room of the White House Jan. 5, 2010, about the attempted Christmas Day terrorist act aboard an airliner. (Official White House Photo by Pete Souza)This official White House photograph is being made available only for publication by news organizations and/or for personal use printing by the subject(s) of the photograph. The photograph may not be manipulated in any way and may not be used in commercial or political materials, advertisements, emails, products, promotions that in any way suggests approval or endorsement of the President, the First Family, or the White House. (Pete Souza)
--

On Tuesday afternoon, President Obama's focus was again on the attempted Christmas Day terror attack on Northwest Flight 253. The president met with his national security team to discuss the reviews that have been in progress ever since the failed bombing, and then once again spoke about what happened and what his administration is doing in an attempt to plug various security holes.

As he did once before, Obama took a tough line on the failures within the U.S. government that allowed Umar Farouk Abdulmutallab to enter the country by air with a bomb strapped to his crotch.

"The bottom line is this: The U.S. government had sufficient information to have uncovered this plot and potentially disrupt the Christmas Day attack, but our intelligence community failed to connect those dots, which would have placed the suspect on the no-fly list," Obama said.

"In other words, this was not a failure to collect intelligence, it was a failure to integrate and understand the intelligence that we already had. The information was there, agencies and analysts who needed it had access to it, and our professionals were trained to look for it and to bring it all together. I will accept that intelligence by its nature is imperfect, but it is increasingly clear that intelligence was not fully analyzed or fully leveraged. That's not acceptable, and I will not tolerate it."

Obama also addressed the detention facility at Guantánamo Bay, noting, "Some have suggested that the events on Christmas Day should cause us to revisit the decision to close the prison at Guantánamo Bay." He referred to the decision to cease transferring detainees to Yemen, then added, "But make no mistake. We will close Guantánamo prison, which has damaged our national security interests and become a tremendous recruiting tool for al-Qaida. In fact, that was an explicit rationale for the formation of al-Qaida in the Arabian Peninsula. And as I've always said, we will do so -- we will close the prison in a manner that keeps the American people safe and secure."