Politico's editor says his role is to "get newsworthy people to say interesting things." Even if they're not true 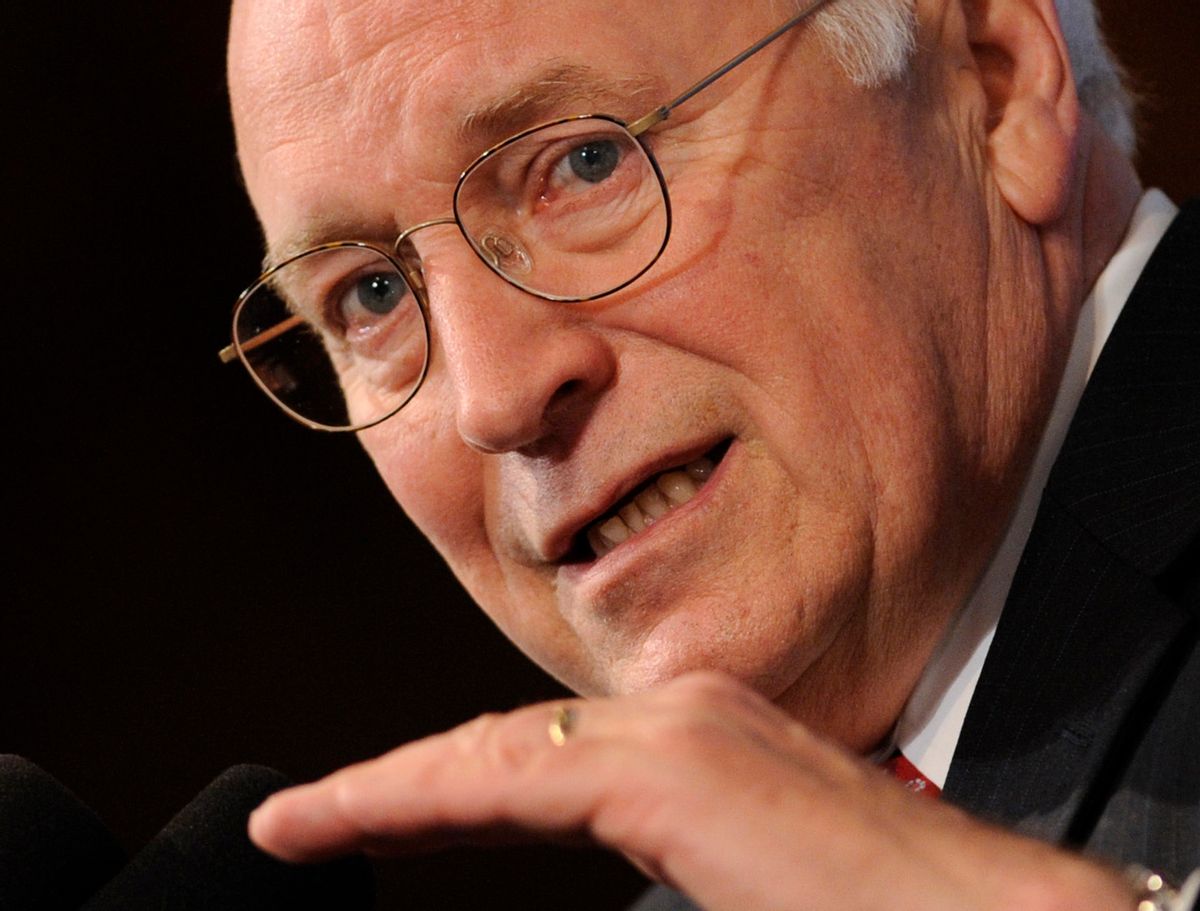 Throughout the year, Politico has repeatedly published as "news articles" comments from Dick Cheney, which its "reporters" faithfully write down and print with virtually no challenge, skepticism or contradiction.  So extreme has this behavior become that even Beltway TV personalities such as Chris Matthews are beginning to mock it.  This afternoon, Greg Sargent asked Editor-in-Chief John Harris to defend his magazine's conduct, and Harris replied by claiming, in essence, that Cheney's comments are "newsworthy" and that it's Politico's job to "get newsworthy people to say interesting things."

Harris' reply is a complete non sequitur.  Nobody I've heard objects to Politico's act of telling its readers about the "interesting things" Cheney has to say.  The objection is that Politico mindlessly reprints any and all claims Cheney wants to make, no matter how factually dubious or even blatantly false, without question or challenge.  By definition, then, Politico serves Cheney as his official stenographer and spokesman (i.e., writing down and announcing what someone has said), rather than acting as journalists (i.e., stating what the facts are and how and why a politicians' statements are untrue).  Harris doesn't dispute this; he simply explains that -- like most establishment journalists -- Politico's role is not to document someone's falsehoods, but only to repeat and amplify them.  We're supposed to believe that what Judy Miller did was somehow anomalous and worthy of being disgraced, yet virtually every time "reporters" like Harris explain how they perceive their role, they describe exactly what Miller did:  we get important people to say interesting things and write it down, regardless of whether it's true.

Thus, in their last Cheney "article," Politico let Cheney attack Obama for giving "terrorists the rights of Americans, let[ting] them lawyer up and read[ing] them their Miranda rights" -- without mentioning that the Bush administration did exactly that with Richard Reid, Zacharais Moussoui and several others (see this new Jake Tapper article detailing these contradictions for how an actual "journalist" reports on a political figure's false accusations).  Politico also let Cheney accuse Obama of wanting to "release the hard-core Al Qaeda-trained terrorists" from Guantanamo -- without noting that (a) many of the to-be-released detainees are ones even the Bush administration concluded did nothing wrong and are not a threat; (b) the vast majority of detainees held at Guantanamo were completely innocent; (c) it was Bush/Cheney who released many of the detainees who have since returned to the so-called "battlefield," including one of the alleged leaders of Al Qaeda of the Arabian Peninsula; and (d) Obama is using the same tools used by Bush/Cheney -- trials, military commissions and indefinite detention -- to imprison all detainees deemed to be a "threat."  Politico also let Cheney repeatedly claim that "that President Obama is trying to pretend we are not at war" -- without noting that Obama twice escalated in Afghanistan, began bombing Yemen, and massively ratcheted up our drone attacks in Pakistan.

In other words, they dutifully wrote down a bunch of falsehoods and lies Cheney told, and passed those claim on to their readers without noting that they were false.   When confronted with their conduct, Politico's Editor-in-Chief blithely claims that this misleading, subservient behavior is his understanding of what "journalists" are supposed to.  And it undoubtedly is.  It's true that, two days before printing its latest Cheney homage, Politico ran a good article by one of its few real reporters, Josh Gerstein, documenting that Bush waited longer to comment on Richard Reid than Obama waited to comment on the Northwest Airlines incident, but that's only one of Cheney's lies, and debunking it in an entirely separate article two days earlier doesn't justify printing Cheney's comments without challenge.

Of course, Politico will continue to serve Cheney in this way -- offering him a challenge-free platform to say whatever he wants -- because if they ever stopped being good little boys for Dick Cheney, he would find someone else to serve as his faithful stenographers, and then they, rather than Politico, would get the Drudge links and gossip attention which Politico, above all else, desperately craves.

I'm not a big fan of "we-are-doomed" symbolism.  But for those looking for end-of-the-decade signs of our impending collapse, it would be hard to do better than pointing to the appointment of the Executive Editor of Politico -- of Politico -- to the Pulitzer Committee.