The vocabulary of love

My 15-year-old daughter talks about marrying girlfriends on Facebook. I don't get it, but maybe I'm not supposed to 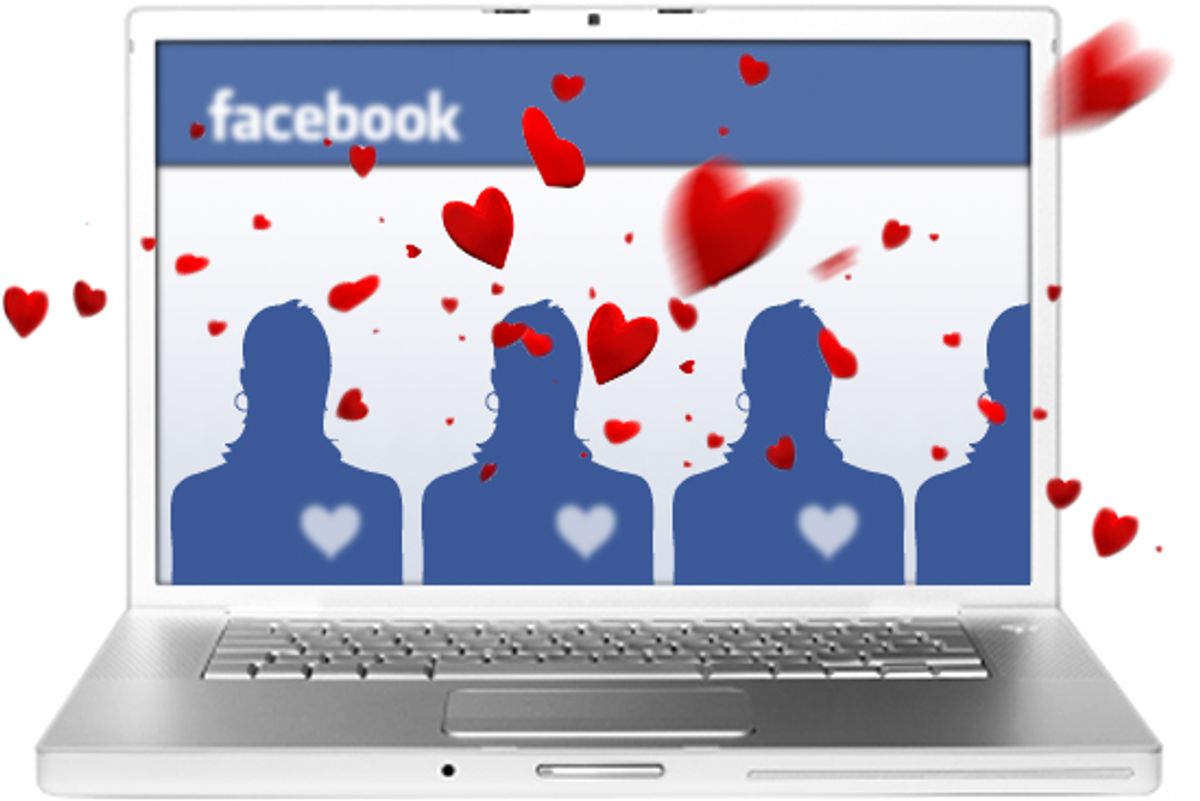 The morning after our daughter's 15th birthday, my husband said, "You have to read this." It was a love letter -- but not the one we'd expected. It was from Megan, another girl.

The full-page typed letter had accompanied her birthday gift to our daughter. "The day of your amazing birth could never be as amazing as any day you spend with me!" it read. A poem followed:

I miss our love affair

I propose we rekindle our romance

Even though I know it is taking a chance

What do you think my love?

I'm here if you need a slight shove!

He read aloud: "I realize this sounds like a love letter ... which is TOTALLY intended."

Well, neither did I, really. My husband and I were open-minded about sexuality. We have lived in Greenwich Village for over 30 years, where our friendships, working relationships, and community activities blended all types. We supported gay marriage legislation, walked with our daughter through the yearly Gay Pride parade. She was comfortable in the only neighborhood she knew: populated by Caucasians, African-Americans, Asian-Americans and transvestites.

She attended a school where some kids had two mommies or two daddies, and teachers spoke frankly about their homosexuality. Her friends' parents were often different religions. We lived in a melting pot and the melting pot was completely commonplace to us. So why did an alleged same-sex love letter seem so unusual?

Because it wasn't about gay love at all. It had more to do with generational differences in the way love is perceived.

On Facebook, teenagers list their relationship status in many ways. Girls say they are "married to" other girls, but not only are they not married (in the literal sense), they are not necessarily gay either. Sometimes a girl will list that she is married to another girl, but "looking for" men. Some even insert the other girl's surname into theirs as a middle name. It's confusing -- but then, every generation has its own rules and views of love.

"Chloe was married to Megan once," my daughter tried to explain. "Then Megan was married to Olivia. And now Megan wants to 'marry' me again. But we're not married or anything."

My teenager rolled her eyes at me. I would just never understand. It was similar to the way I spoke Pig Latin in front of my parents as a teenager in the late '60s. There are some things about life that parental units, as we are called now, just can't -- or shouldn't -- comprehend.

When I was her age, it was very clear. All the females I knew were interested in males, and vice versa. If they had same-sex attractions, they kept it hidden. Of course, back then, almost everything was secretive -- even if you were a blatant heterosexual. In high school in the late '50s my sister-in-law used to tell her parents that she was "walking the dog," rather than admit she was going to see my brother, her childhood sweetheart. Her parents believed their 16-year-old daughter was too young to "go steady." And so she dragged Patches, her over-the-hill mangy mutt with halitosis, a mile each way just to spend time with my brother. That poor dog nearly had a heart attack from all the exercise.

There were other secrets: We never publicized the fact that most of us practiced making out with our girlfriends. We weren't gay; we were in training to become heterosexuals. And when we did display any kind of shameless affection for someone of the opposite sex, our parents called it "puppy love."

As a preteen, I was infatuated with the son of my parents' friends when we were vacationing in Hershey, Pa. I trotted after him just like a puppy dog, indeed, salivating in lust -- much to my parents' public amusement. I still had braces and the silhouette of a boy, but it was my first attraction. He never looked at me -- except when I offered to give up my free Hershey Bar sample to him.

My daughter displayed her love desires at an even younger age. She called my husband "Daddy Dumpling," and went through an Oedipal phase so transparent that she'd suggest I stay home while she and Dumpling went to the park together -- at the age of 4. She never wavered from her love of Daddy, not even during a brief sidetrack eight years later, an intense crush on tennis pro Andy Roddick. She never abandoned her devotion to her dad or to Roddick -- not when he lost world championships, not even when he got engaged to a beautiful model.

Now she sometimes tries to give me lessons on the dating etiquette of young teens. So-and-so are "going out," she informs me.

"Going out," she says impatiently.

"Not necessarily. Just going out, don't you understand?"

Obviously not. A close friend of hers "went out" with a boy on her swim team. They broke up two weeks later. Love is fierce and swift at this age.

Another girl in school was "going out" with a classmate for three months, but my daughter didn't know they'd been in puppy love all that time until the girl announced the breakup on Facebook, concurrently to hundreds of "friends."

"I had no idea," my daughter confessed. "They never hung out together at school. They didn't look like they were going out."

Was there a difference between going out, hanging out and breaking up? Hooking up -- at least I'd learned not to ever use that phrase. Unless I wanted everyone to think sex was involved.

I wasn't even sure I could identify my daughter's first real date. Recently I had lunch with a mom I'd known when my daughter was in preschool with her son. When I showed my daughter's current photo to her son -- who'd grown from an adorable little blond kid with a squeaky high voice to a virile blond giant with a booming bass -- he said, "Wow! I can't believe that's her!" Wary of the licentious tone in his voice, I snapped my baby's photo from his paws -- like a puppy, his body still hadn't grown into his hands. And what was I thinking, displaying a picture of my daughter, who looked like an 18-year-old nymph?

He texted her the next day and picked her up at school that Friday. He had a half-hour between her school dismissal time and his drum lesson. She suggested they walk to a Veniero's in the East Village, where she ordered hot chocolate.

"Who paid?" I later asked her.

"I did," she said, as if there were any other answer.

I had either succeeded in raising a feminist daughter, or else she had no concept of the politics of money and men. "Was this your first date?" I asked.

She shrugged, then rolled her eyes. (Some things never change.)

He didn't text again, so I concluded they were not going out, nor (much to my relief), hooking up. If I had her Facebook password, I could find out for sure.

Soon after the date or not-date, she turned 15. And my husband waved the amorous birthday love letter in the air.

"I have been thinking about our wonderful romance and well I think we need to start it up again. Let's start over … secretly I mean," he read aloud.

"Hook up with what?" he asked.

Neither did I, and neither of us ever would. Wasn't that the point?

Candy Schulman’s essays have appeared in The New York Times, The Washington Post, McSweeney’s Internet Tendency, and elsewhere. A writing professor at The New School, she is working on a memoir. Please find her on Twitter: @CandySchulman.