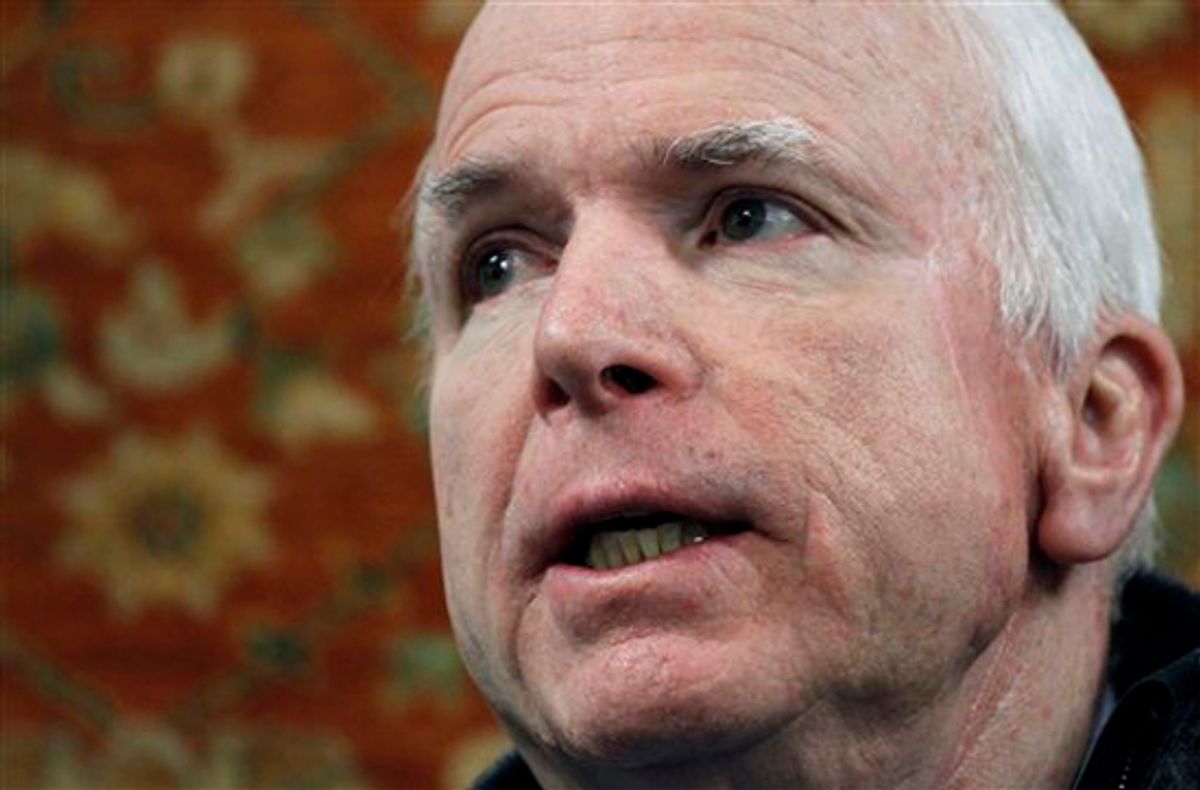 There was a time during the 2008 campaign when aides for John McCain and Barack Obama were talking, at least semi-seriously, about trying to stage weekly debates and elevate the level of discourse in American politics.

That was then. Now, Obama has been governing for a year, mostly without Republican cooperation, and McCain faces a potential primary challenge from ex-Rep. J.D. Hayworth, a right-wing attack dog, to hold on to his Arizona Senate seat.

So McCain is kicking his reelection campaign into high gear by focusing on the man who has the job he wanted. "President Obama is leading an extreme, left wing crusade to bankrupt America," McCain says in a new radio ad released Thursday. "I stand in his way every day." (You can listen to the ad here.) An accompanying fundraising page, linked from an e-mail sent to McCain's 2008 campaign listserv, asks for contributions to help.

The harsh rhetoric isn't that new for McCain, who began last year offering to work with Obama on a handful of issues -- especially related to national security and military contracting -- and has increasingly turned away from him since then. During the healthcare debate in the Senate last month, McCain led the GOP opposition to Obama's top domestic policy priority for several days. And of course, by the end of the 2008 campaign, McCain and his surrogates were practically calling Obama a socialist who pals around with terrorists.

Still, the heavy tone in McCain's voice in the ad and the sheer bluntness of the message doesn't make it sound like McCain is having much fun in politics these days. (As the ad debuted, he wasn't even in the country, having spent the end of the Senate's winter recess on a trip to Asia.) He's never been that close to the conservative base in Arizona, and if Hayworth runs, McCain will have to work even harder to appeal to them. Which probably means more tough anti-White House messages. There wasn't much love lost between McCain and Obama after the 2008 election. There may be even less after 2010.