Obama: "When the system fails, it is my responsibility" 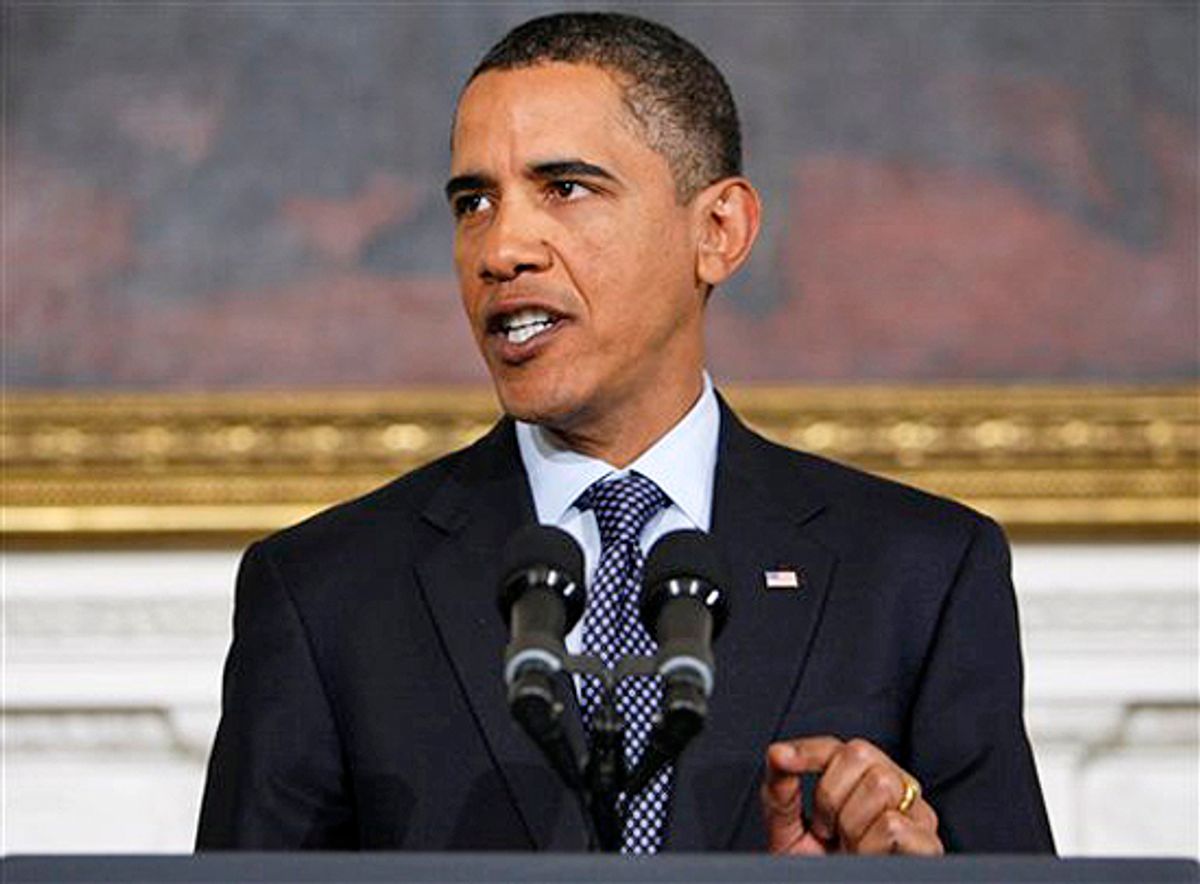 President Obama spoke Thursday afternoon about the results of reviews into U.S. intelligence and security that he'd ordered in the wake of the attempted bombing of Northwest Flight 253 on Christmas.

It was Obama at his most forceful; he came off as intensely concerned about what had happened, and critical of the failures involved and those responsible for them, while at the same time he took some of the responsibility on his own shoulders. And, at the end, he made it clear that this incident won't mean a shift in his basic attitude on terrorism and the U.S. response, saying, "We will define the character of our country, not some band of small men intent on killing innocent men, women and children."

Principally, though, Obama's remarks were about laying out what went wrong, where information fell through the cracks instead of being used to prevent Umar Farouk Abdulmutallab, the man accused of trying to blow up the plane, from boarding it in the first place. And they were about the steps he's ordered, so far, in an attempt to correct the flaws in the system.

First, although our intelligence community had learned a great deal about the Al Qaida affiliate in Yemen, called Al Qaida in the Arabian Peninsula, that we knew that they sought to strike the United States and that they were recruiting operatives to do so, the intelligence community did not aggressively follow up on and prioritize particular streams of intelligence related to a possible attack against the homeland.

Second, this contributed to a larger failure of analysis, a failure to connect the dots of intelligence that existed across our intelligence community and which together could have revealed that Abdulmutallab was planning an attack.

Third, this in turn fed into shortcomings in the watch-listing system which resulted in this person not being placed on the no-fly list, thereby allowing him to board that plane in Amsterdam for Detroit.

In sum, the U.S. government had the information scattered throughout the system to potentially uncover this plot and disrupt the attack. Rather than a failure to collect or share intelligence, this was a failure to connect and understand the intelligence that we already had.

As for the corrective steps he's ordered, Obama said:

First, I'm directing that our intelligence community immediately begin assigning specific responsibility for investigating all leads on high-priority threats so that these leads are pursued and acted upon aggressively not just most of the time, but all of the time.

We must follow the leads that we get, and we must pursue them until plots are disrupted. And that means assigning clear lines of responsibility.

Second, I'm directing that intelligence reports, especially those involving potential threats to the United States, be distributed more rapidly and more widely. We can't sit on information that could protect the American people.

Third, I'm directing that we strengthen the analytical process, how our analysis -- how our analysts process and integrate the intelligence that they receive.

My director of national intelligence, Denny Blair, will take the lead in improving our day-to-day efforts. My Intelligence Advisory Board will examine the longer term challenge of sifting through vast universes of -- of intelligence and data in our information age.

And, finally, I'm ordering an immediate effort to strengthen the criteria used to add individuals to our terrorist watch lists, especially the no-fly list. We must do better in keeping dangerous people off airplanes, while still facilitating air travel.