Seems Giuliani can forget about 9/11 after all

"We had no domestic attacks under Bush," the former mayor says 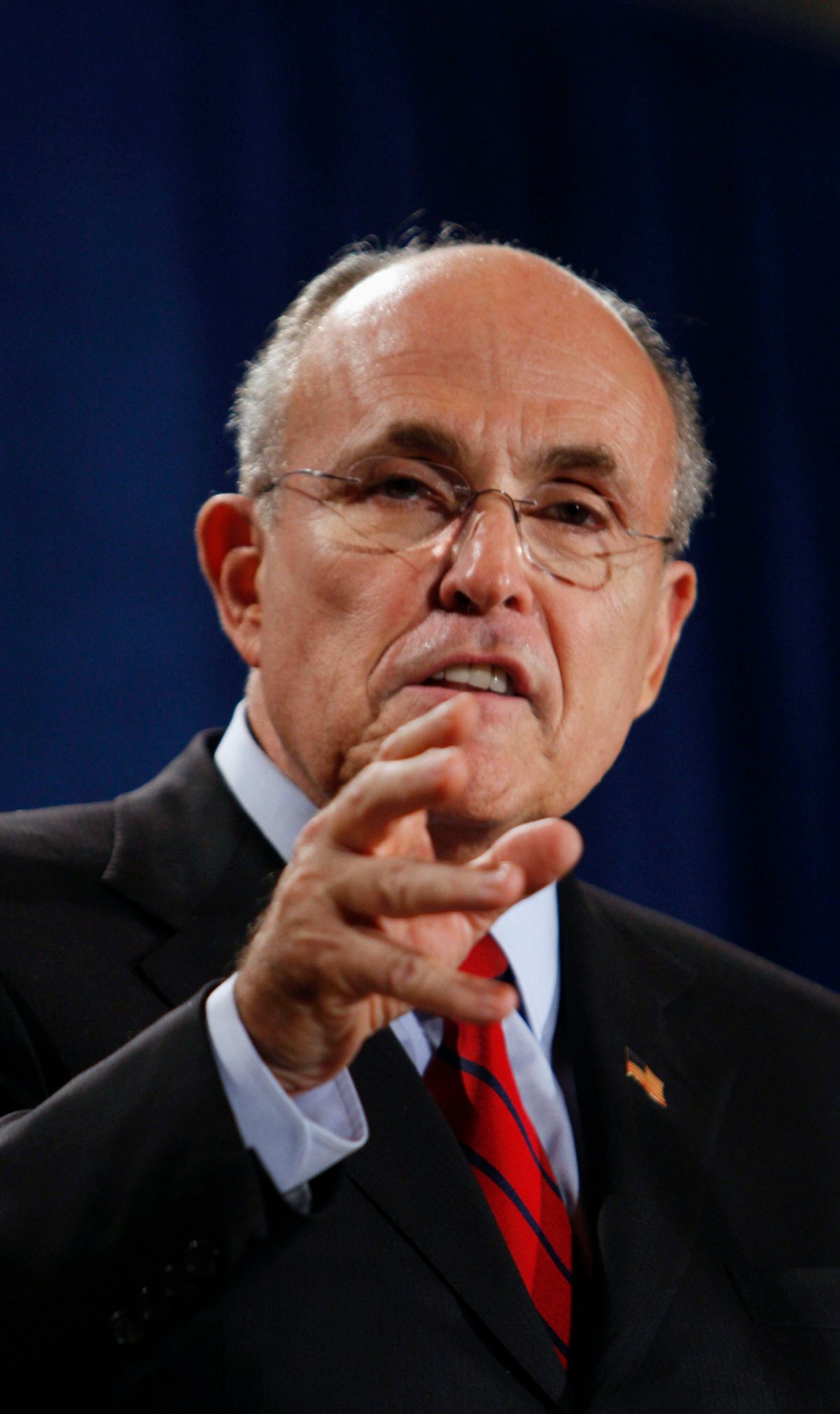 For years now -- about eight, to be specific -- former New York City Mayor Rudy Giuliani has made the terror attacks of September 11th, 2001 an inextricable part of his image. It reached the point where Joe Biden said of Giuliani, "There's only three things he mentions in a sentence: a noun, and a verb and 9/11," and the Onion ran a story headlined, "Giuliani To Run For President Of 9/11."

But on Friday, Giuliani appeared to have forgotten it ever happened.

In an interview on ABC's "Good Morning America," Giuliani said, "What he [Obama] should be doing is following the right things that Bush did -- one of the right things he did was treat this as a war on terror. We had no domestic attacks under Bush. We’ve had one under Obama.”

Of course, 9/11 happened on Bush's watch. And if he's counting the failed bombing of Northwest Flight 253 as an attack, then shoe bomber Richard Reid's own attempt -- also during the Bush administration -- counts too.

This isn't the first time Giuliani's said something like this; on CNN earlier this week, he claimed that the Reid incident occurred before 9/11, which it didn't.

Steve Benen makes a good point about all this, and about the continued reliance on Giuliani as a terror expert for television:

I'd add one other point here: Before 9/11, Giuliani demonstrated pretty clearly that his instincts when it comes to terrorism are lacking when he placed New York City's emergency command center inside the World Trade Center, which at the time had already been targeted once.

Update: A spokesman for Giuliani told ABC News that the former mayor's comment "didn't come across as it was intended... [Giuliani was] clearly talking post-9/11 with regards to Islamic terrorist attacks on our soil."

According to ABC's Jake Tapper, "on our soil" excludes both Reid and the attempted bombing of Northwest Flight 253 this past Christmas, but refers to the shooting at Fort Hood. Giuliani's also excluding other attacks that could very well qualify as "on our soil," like a 2002 shooting at the El Al ticket counter at Los Angeles International Airport which the FBI said fit the definition of terrorism. Basically, if you're getting the idea that Giuliani and his people are just trying to redefine this to suit their purposes, you're probably right.