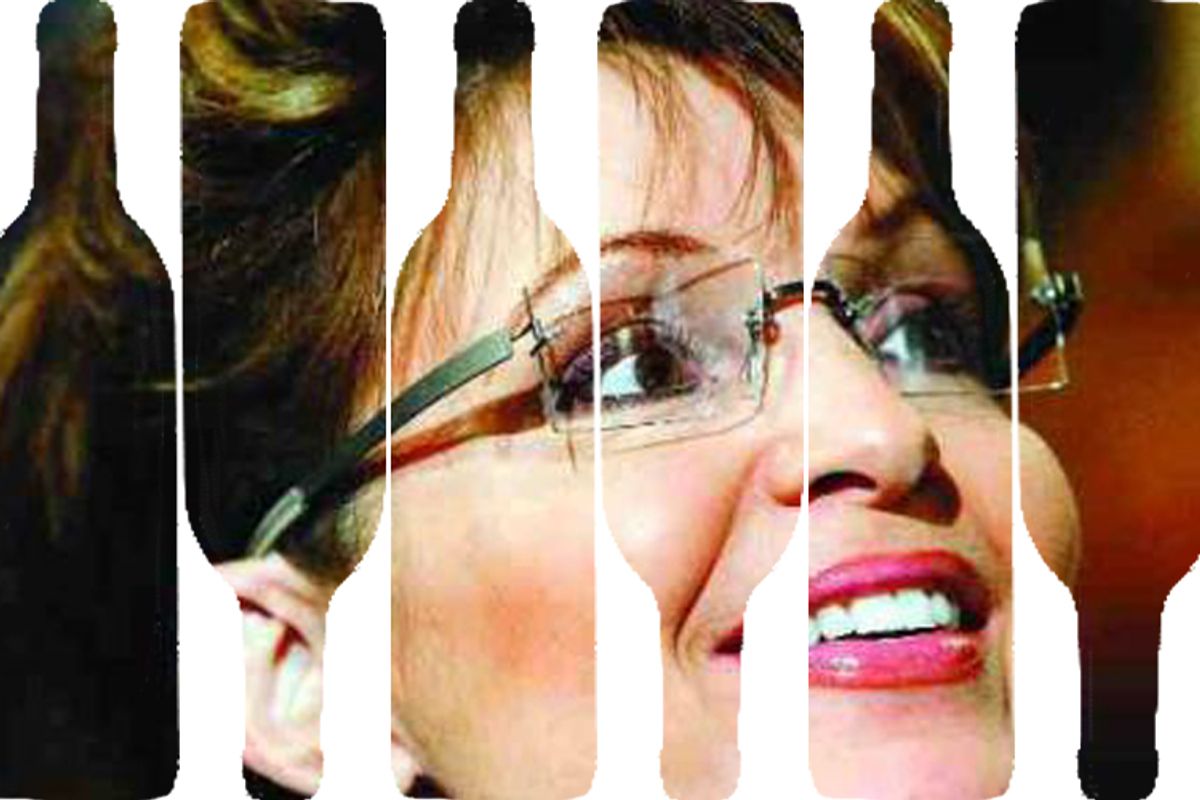 Hockey mom. Best-selling author.  FOX News pundit. Sarah Palin, how do you do it all? Maybe it's the booze.

The Wine & Spirits Wholesalers of America announcéd today that the former governor of Alaska will be the keynote speaker at their upcoming convention in Las Vegas in April,  proving what many of us learned back in 2008 – that the best accompaniment for Sarah Palin is a few generous shots of Wild Turkey.

The group's CEO, Craig Wolf, issued a statement today that "Governor Palin is a great supporter of America's free enterprise system and understands that industries like the beverage alcohol industry play a key role in driving our national economy."  Alcohol and driving: Together at last!

Since her abrupt departure from the time-consuming business of running the largest state in the nation, Palin has been busily racking up speaking engagements, for which she is no doubt generously compensated. She's heading to the first ever Tea Party convention in Tennessee in February, and committed to speaking in Vegas as the keynote speaker at a bowling expo in June, where, as the Bowling Proprietor's Association explains, the "great friend to bowling industry" will be celebrate "the impact and importance of bowling."

We look forward to her further appearances at Twilight Conventions, Defcon and the High Times Cannabis Cup. Because anything that keeps her out of the White House is just fine with us.