Big Red won our hearts as Leno became the Voldemort of comedy -- even, shockingly, to his fellow comedians 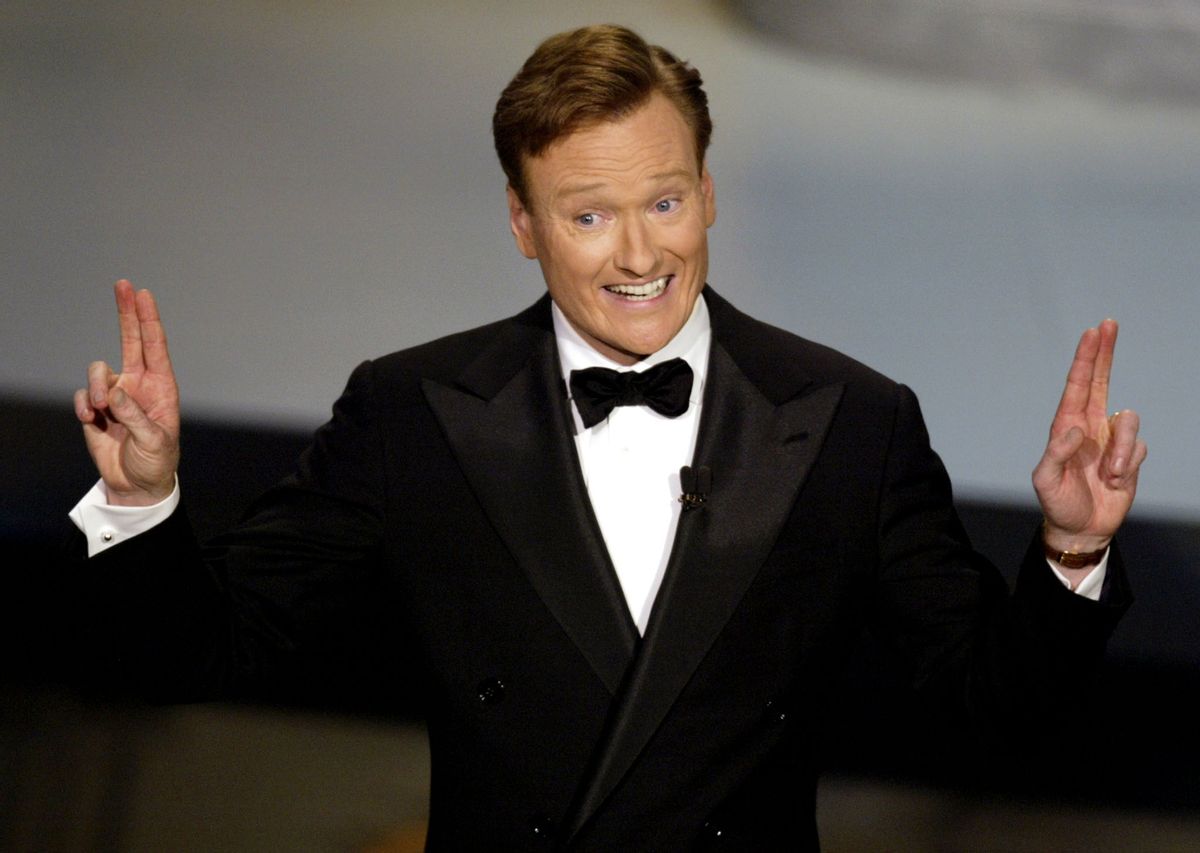 It's a battle bigger than the one between Team Edward and Team Jacob -- and even more one-sided. Though it looks likely that Conan won't be coming back after his show goes on hiatus Jan. 22 while Leno triumphantly skulks back to 11:35, in the late-night court of public opinion, you can go Team Conan or you can go home.

A new Tvguide.com poll showed a staggering 83 percent of respondents saying they wanted Conan – whose show has been threatened with post-midnight exile to make room for Leno's return -- to stay at 11:35 p.m. (Can we get more scientific than a Tvguide.com poll? How about this: A look at the rapidly proliferating "Team Conan" hoodies and T-shirts on Cafe Press.)

It's not just the Facebook-addicted hoi polloi who have an opinion – comedians themselves have thrown their support behind Conan O'Brien in his increasingly bitter, wildly amusing feud with NBC. Comedy Central star Michael Ian Black sent out the tweet that "One bright spot on this terrible day is seeing everybody come together and agreeing that Leno sucks." And stand-up comic and "Ratatouille" star Patton Oswalt recently discussed the loathing his "comedian friends" have for Leno, calling him "passive aggressively mean" and comparing the late-night host to none other than Richard Nixon.

But if you want to really see the knives out, note how giddy Letterman, Kimmel and Ferguson have been these past few days, devoting increasing portions of their own shows to the gleeful evisceration of Jay Leno. (One exception seems to be Jimmy Fallon, who has been -- perhaps understandably, perhaps lamely -- not choosing sides.) And Letterman, NBC's first Leno victim, seems to be positively glowing. Or as he put it last night, "I have not been this entertained by NBC since Balloon Boy threw up on the the 'Today' show."

Big whoop, you might say. This may make for fun in the godless Sodoms of New York and Los Angeles, but in the Real America, Jaywalking rules and Leno's Letterman-trouncing ratings of yore don't lie. Twitter THAT, vocal minority!

But ratings aren't the only thing at stake here. There's a little something called cultural influence. "The Daily Show" and "Colbert Report" get modest ratings on basic cable, yet their rippling influence gives Comedy Central a tidy bang for the buck. When was the last time someone forwarded you a "holy crap" moment from Leno? Thought so. And as any middling communications major would gladly explain to the head of your local GE-owned network, overnight ratings in the age of DVRs, Hulu and the like are about as accurate as a Jim Cramer stock tip.

And this, you see -- the part where we the viewers come in -- is part of the public outrage being stoked here. It isn't just a fondness for Big Red. There's a collective scorn for the way that NBC has so openly pooped on its audience like Triumph the Insult Dog: replacing its 10 p.m. lineup with five nights of cheap, clunky Jay Leno shows because they're easier than, I don't know, creating something new that doesn't suck? Well, fuck you, too. There's nothing like swaggering around in your "too big to fail" pants to summon the gods of ironic punishment, now, is there, Jeff Zucker? So excuse us if we're Googling the German word for that derisive pleasure gained by watching a network's lazy contempt for the American public fail spectacularly.

Nevertheless, the clear-cut, Harry vs. Voldemort standoff here seems to have taken many by surprise. Leno, after all, is a man of the people -- a former stand-up comic who paid his dues wedged between shitty subterranean brick walls and drunken hecklers for eons before taking over "The Tonight Show." Not only that, he was good at it. Before ripping Leno a new one, Patton Oswalt called him "one of the best comedians of our generation."

Conan, in contrast, is an Ivy League fancyboy whose experience prior to getting his own show was as a writer for "Saturday Night Live" and "The Simpsons." A writer! A member of that august society of the most socially awkward, least charismatic people you will ever encounter outside of a ComicCon. The fact that O'Brien has managed to milk 17 years out of talking to people on television is a miracle on par with Beethoven writing symphonies while deaf.

Yet O'Brien has grown into his role -- and capably -- by being neither the lady-killer smooth paterfamilias Johnny Carson, nor the hulking, "I'm with stupid" Everyman Jay Leno. He did it by being, frankly, a gawky weirdo -- paving the way for the Craig Fergusons and Jimmy Kimmels of the world to unleash their own uniquely oddball styles on America's insomniacs. Conan, now so fiercely defended by the comedy world, was never the comic's comic, nor did he attempt to be. He was a writer's room writer, a guy who came out of a quick-thinking, throw it all against the wall environment. Maybe he's not everybody's venti latte, but he's unique -- and that inspires loyalty.

Maureen Dowd, in her New York Times column on Wednesday, tut-tutted that Conan did not have the "bland mass-market appeal" of a very specific sort of guy at 11:35 p.m. Thank God. It's not 1972, and Johnny is dead. (If Carson has any true heir, it's Letterman, who shares a Midwestern aptitude for making taciturn drollery look like old-fashioned hospitality.) That's why Conan floundered so when he assumed "The Tonight Show," like he was Victoria putting on the damn crown, and for his efforts received a ratings wedgie and an Elin Nordregen-level public humiliation.

Who ever wanted Conan to be as comforting as a glass of warm milk, anyway? Wasn't he hired to be Conan? You can't put a suit on a masturbating bear. That's why the past few days have been so exhilarating to watch. O'Brien's bird-flipping open letter to the "people of earth" stating his refusal to move his pasty white ass to 12:05 for Leno was unprecedented -- the-full-statement.php) -- and awesome. And his daily escapades into public bridge burning (Sample jab: "You can do anything, as long as Jay Leno doesn't want to do it, too") have been the pure antithesis of the staid, safe, snore-inducing stuff that Leno continues to peddle while the walls crash around him. It's as if Conan finally got the corner office, looked around, and decided to tear off his tie and shout, "I'm never going to be like you, Dad!"

Conan may well be leaving NBC for good next week, but with any luck, he'll soon go somewhere else and make something new and completely nuts. Moving to 11:35 never could have turned Conan into Carson, and that's what we love him for. At heart, he's still troublemaking, rules-thumbing Bart Simpson. So are we. And Leno can eat our shorts.