Haiti's "pact with the devil" myth 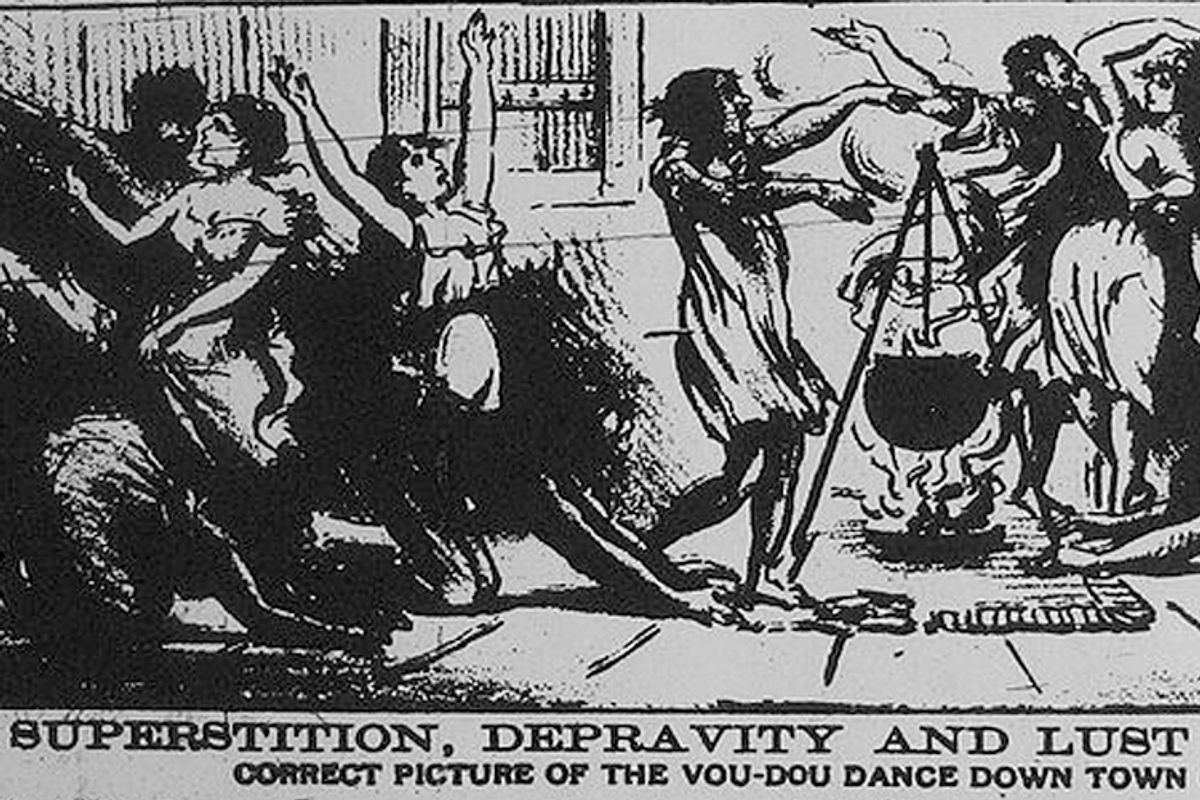 One of the most callous reactions to the Haiti disaster thus far has come from televangelist Pat Robertson, who told viewers of his Christian Broadcasting Network on Wednesday morning that he knew the real reason for the quake: The country's long-standing pact with Satan.

(Watch the full video of his comments below):

"Something happened a long time ago in Haiti ... they were under the heel of the French, uh, you know, Napoleon the third and whatever ... and they got together and swore a pact to the devil, they said, we will serve you, if you get us free from the Prince. True story."

But is it a true story? We spoke with Andrew Apter, professor of history and anthopology at UCLA, about Haiti's voodoo traditions, the ignorance behind the evangelical community's distortions and the real cause of suffering in the third-world country.

Is there any truth to what Pat Robertson is saying?

Of course not! Haitians are Christians. Pat Robertson's language is the reductio ad absurdum of the Christian right. It's so absurd it's almost funny. This notion of a pact with the devil is basically an echo of an old colonial response to the successes of the 1790s Haitian revolution.

What is this pact he's talking about?

Part of the revolution mythology is that one of the revolution leaders sacrificed a pig in Bois Caïmin in a voodoo ceremony and made a contract with Petwo [Haitian voodoo spirits]. It may or may not be true, but to call that a pact with the devil is a gross misrepresentation of what voodoo is. It's about anything but the devil. He's imposing an evangelical religious order on a much more sophisticated practice, and he's turning it into a cheap invocation of Satanism.

This is hate speech. It's saying these people are damned. It's a frequent theme among some Christians that Haiti is being punished for this supposed pact with extreme poverty and humanitarian crises. Tragically, many evangelical Christians in Haiti may actually, in their own extreme confusion and suffering and desperation, believe that God is punishing them.

The reason Haiti is poor is because Europe imposed a blockade on trade after the slave revolt in 1804, and you have an extremely polarized class structure in which a few families stepped into the positions of the former colonial plantation owners. There has been a horrible cycle of plundering and autocracy within Haitian leadership.

Why do you think this kind of obsession with Haitian voodoo persists?

There's a fascination with all things voodoo, not only in New Orleans but also on TV, on shows like "Bones," and it stems from the occupation of Haiti by the U.S. Marines in the first part of the 20th century. There were campaigns under certain Haitian governments in conjunction with the church to rout voodoo, but it didn't come close to working, because voodoo is part of everyday life in Haiti.

Do you think this has been holding Haiti back?

I think other factors are more important in holding Haiti back: the class structure, the dispossession of a largely illiterate populace, the links that the underclass increasingly has with drug gangs, which has generated a lot of violence, and the tradition of sweatshop labor. I think the backlash against voodoo is a kind of reflection of the problems, rather than a cause of it.