Reform legislation hasn't passed yet, but the Club for Growth has GOP officials pledging to repeal it 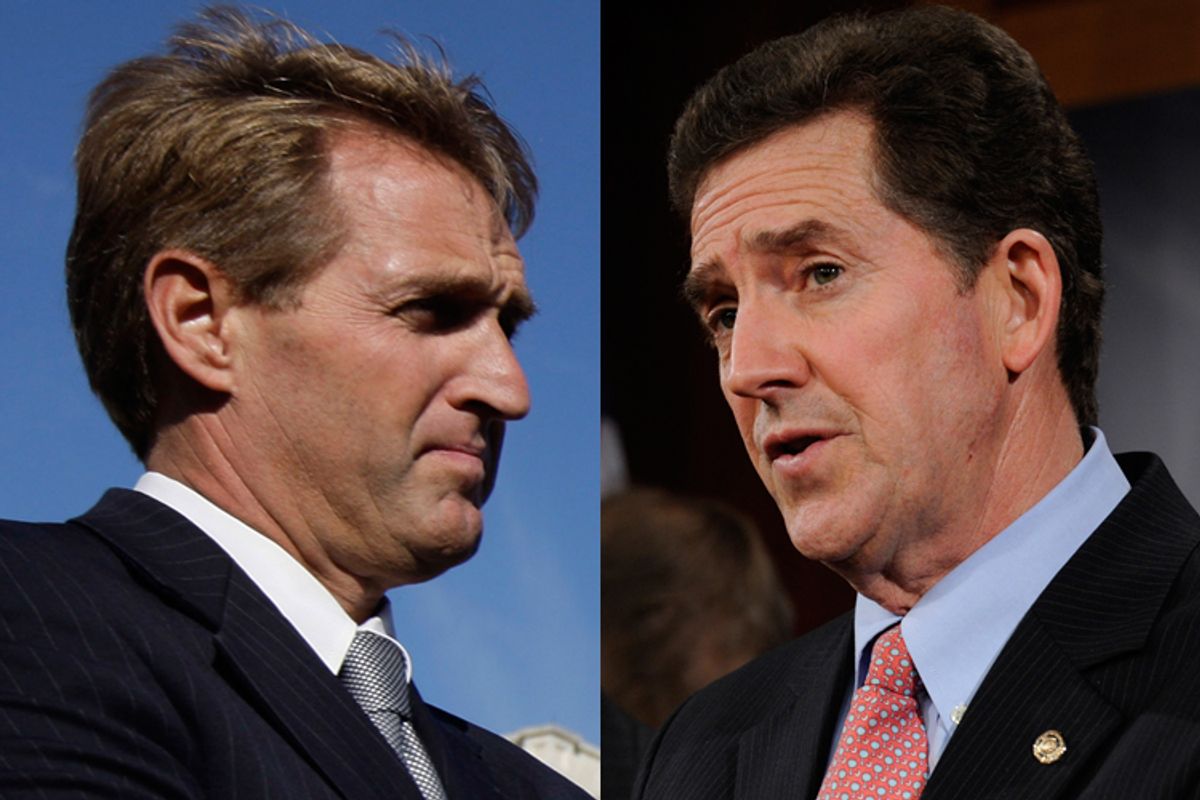 Healthcare reform hasn't even passed Congress yet, but six lawmakers and 11 candidates have already signed a conservative group's pledge to repeal it.

"We know it’s not enough just to fight ObamaCare -- it could still pass," the Club for Growth's "Repeal It!" Web site says. "So our pledge is to Repeal It!"

The first two lawmakers to sign on were Sen. Jim DeMint, R-S.C., and Rep. Jeff Flake, R-Ariz. -- both conservative heroes for their dedication to hacking away at government. Within an hour of the pledge going live, a handful of others had joined them -- Louisiana Sen. David Vitter and Utah Rep. Jason Chaffetz, Texas Rep. Jeb Hensarling and Kansas Reps. Jerry Moran and Lynn Jenkins.

But conservative candidates for office -- especially those running as the right-wing alternative to other Republicans -- are flocking to it. In Florida, Marco Rubio (vying with Gov. Charlie Crist for the GOP Senate nomination) signed on, as did Rand Paul in Kentucky (son of Ron), Mike Lee in Utah (trying to knock of Sen. Robert Bennett) and Patrick Hughes in Illinois (running against Rep. Mark Kirk for the Senate nod). "More are coming in every few minutes, so we're trying to update on the fly," Club for Growth spokesman Mike Connolly said.

The language of the repeal pledge is pretty basic. The incumbent version reads:

I hereby pledge to the people of my district/state to sponsor and support legislation to repeal any federal health care takeover passed in 2010, and replace it with real reforms that lower health care costs without growing government.

There's also a citizen's version, where you pledge to only vote for candidates who will repeal the healthcare bill, which had 300 signatures by a little after 11 a.m. Eastern.

Democrats, meanwhile, were thrilled. The healthcare bill may not be overwhelmingly popular right now, in the midst of the drawn-out legislative process, but a large slice of the people who don't like it want it to do even more, not do less. And much of the bill, like a ban on denying health insurance to people with pre-existing conditions, is very popular. So as far as most Democratic strategists are concerned, if conservatives want to shift their rallying cry shifts from, "No universal healthcare!" to "Take away universal healthcare!" later this year, more power to them.