The secrets of "vajazzling" 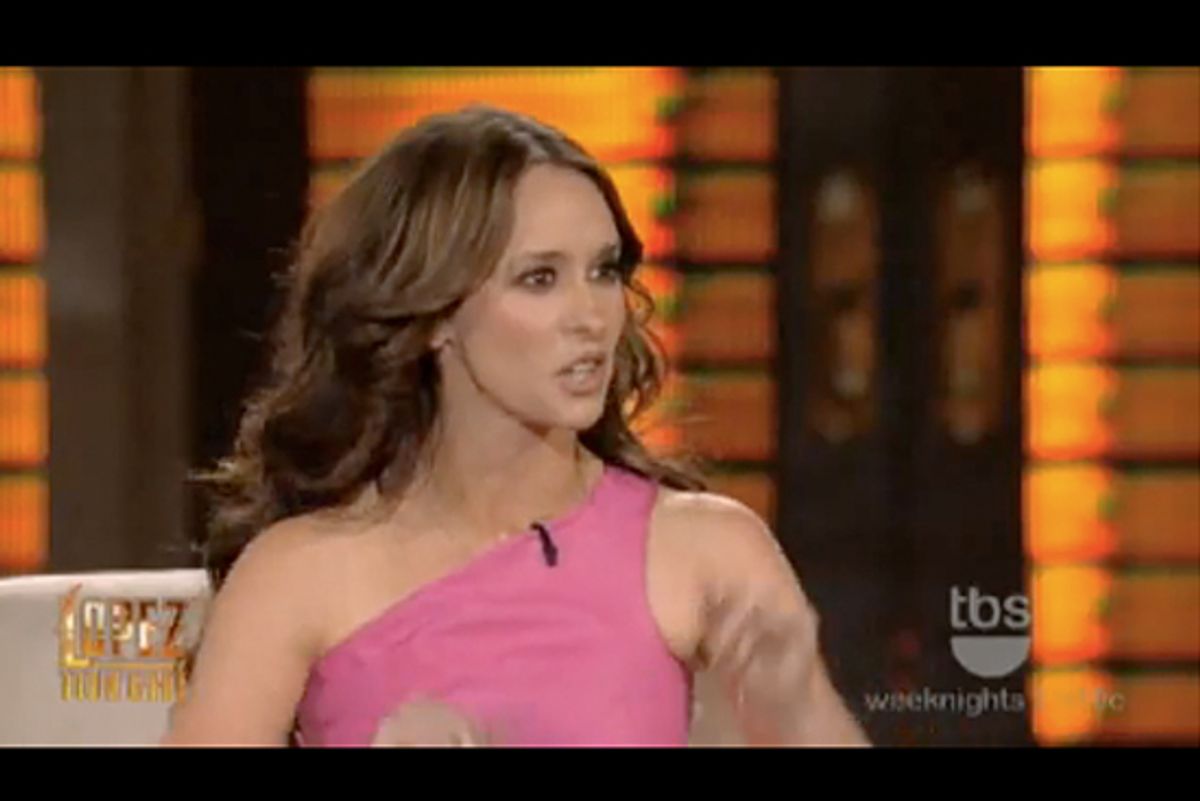 The ladybits have seen hot pink pubic dyes and dollar sign stencils. They've encountered jewelry of the pierced and clip-on variety. They've been available in different flavors.  They've even recently become aware of labia tinters.  But this week they really sat up and took notice when actress Jennifer Love Hewitt announced on "The George Lopez Show" that she has pimped out her yoni with Swarovski crystals. Or, as she put it, "It's called vajazzling." Of such great import was the news of the Ghost Whisperer's crotch bling that Broadsheet actually received a press release from the Lopez camp about it. I shit you not, America.

Discussing her new memoir "The Day I Shot Cupid," debut author Hewitt said that after a painful breakup, "A friend of mine Swarovski-crystalled my precious lady and it shined like a disco ball," adding the imperative that "women should vajazzle their vajayjays." It was at this point that Lopez leapt from his chair to kiss the fair maiden's hand, and I went to check my iCal to see if the first day of April had arrived early. Perhaps that's because when I hear the word "crystal" I begin rather naively picturing a wedding gift-sized swan rising like the sun from Ms. Love Hewitt's Cosabella thong. A scenario that would no doubt inflict untold injury on her boyfriend Jamie Kennedy.

Instead, muffin studding is a considerably smaller scale affair, involving tinier gems. And it's festive as hell. As the folks at Completely Bare explain, you can "decorate your own jewels" because "accessorizing your privates is the hottest rage." (Anyone who associates the words "hot" and "rage" with their privates, please report immediately to anger management.) DIY types, of course, can probably just opt for a Schick and some temporary tattoos.

When you consider the seemingly endless ways a person can customize her holiest of holies, it's a wonder Martha Stewart hasn't yet done a whole segment on vajayjay projects. Consider the possibilities – a little ribbon, a shaker of glitter, and a Brother P-Touch label maker – you're looking at hours of entertainment. But it seems unfair to limit all this whimsical embellishment to just one sex. So once I master learning to knit, I am totally making a sock monkey that fits a penis.