How to pass healthcare with 59 Senate votes 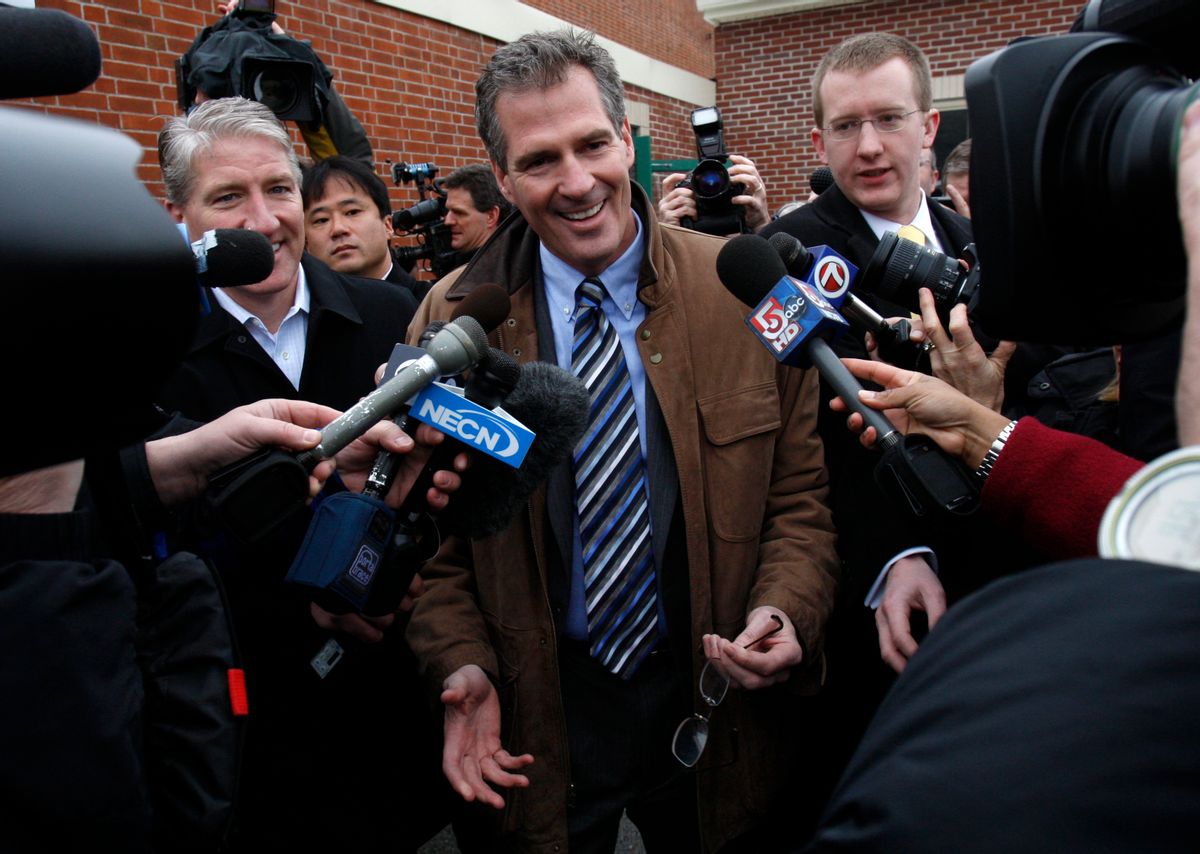 The only thing more complicated than passing healthcare reform legislation has been up to now will be passing healthcare reform legislation if Scott Brown wins today's election in Massachusetts. After all, he's turned his campaign into a crusade to stop the bill from moving forward, and the prospect of killing the healthcare plan is part of why conservative activists have been flocking to his side for the last couple of weeks.

Brown would give Republicans 41 votes in the Senate, enough to block the chamber from acting on any revisions generated in ongoing House, Senate and White House negotiations. Which means Democrats may have to split the end of the process into two parts, aides say. First, the House would pass the bill the Senate passed just before Christmas -- without changing as much as a single comma. That would send it to President Obama to sign, because the Senate wouldn't have to take up the bill again.

After that, the revisions Democrats are working on to merge the House and Senate bills would have to be passed separately -- most likely by using the budget reconciliation process. That would shield the changes from some GOP delaying tactics, because the reconciliation process only needs 51 votes. (And even after a prospective Sen. Brown arrives in Washington, Democrats will still control 59 votes, though it may take them a while to remember that.)

Reconciliation, of course, was something many progressives were pushing for months ago, as soon as it became clear the Senate would have to give away huge concessions to get conservatives like Joe Lieberman and Ben Nelson on board with the healthcare bill. But as Salon has explained before, using the reconciliation process is only an option for limited portions of the legislation. Congress could pass a public insurance option through reconciliation, for example, but not set up the exchanges where people could opt to join the public plan. All the new insurance regulations involved in the healthcare bill -- like a ban on denying coverage for preexisting conditions, or a ban on lifetime coverage caps -- would have to pass under regular rules. That made it a bad vehicle for passing the entire healthcare bill -- but possibly a good way to pass only a limited set of changes to it.

No one, according to one senior Democratic aide in Congress, has proposed scrapping what's already passed and using reconciliation to start from the beginning again: "We cannot start over again and win this fight." But the 51-vote process would be an option for some of the revisions the House and Senate are working on, like a change to the Senate bill's tax on expensive health benefits or additional subsidies to help people afford insurance. (Changes to the bill's language on abortion would probably be out of order under reconciliation.)

So if Brown wins, that's the plan, at least for now. The question will be whether the House agrees to pass the Senate bill as it was written, and whether both chambers can muster the political will after a dispiriting defeat in Massachusetts to take up healthcare again just after wrapping up months and months of work on it. The way Democrats sound like they're dreading the results out of Boston tonight, it may take some potent medicine to revive them if Coakley loses. Then again, strategists have been telling the party for a year that failing to pass a healthcare bill would be an even worse political move than passing an imperfect one. So maybe the prospect of even more losses in November would keep Democrats focused. If Brown wins, one senior Democratic aide in Congress says, "It is another reminder we have to wrap this sausage-making up and sign the bill so we can move off healthcare and back to the economy and jobs."