The CNN correspondent is changing how we see medical emergencies in Haiti. And he changed how I see cable news 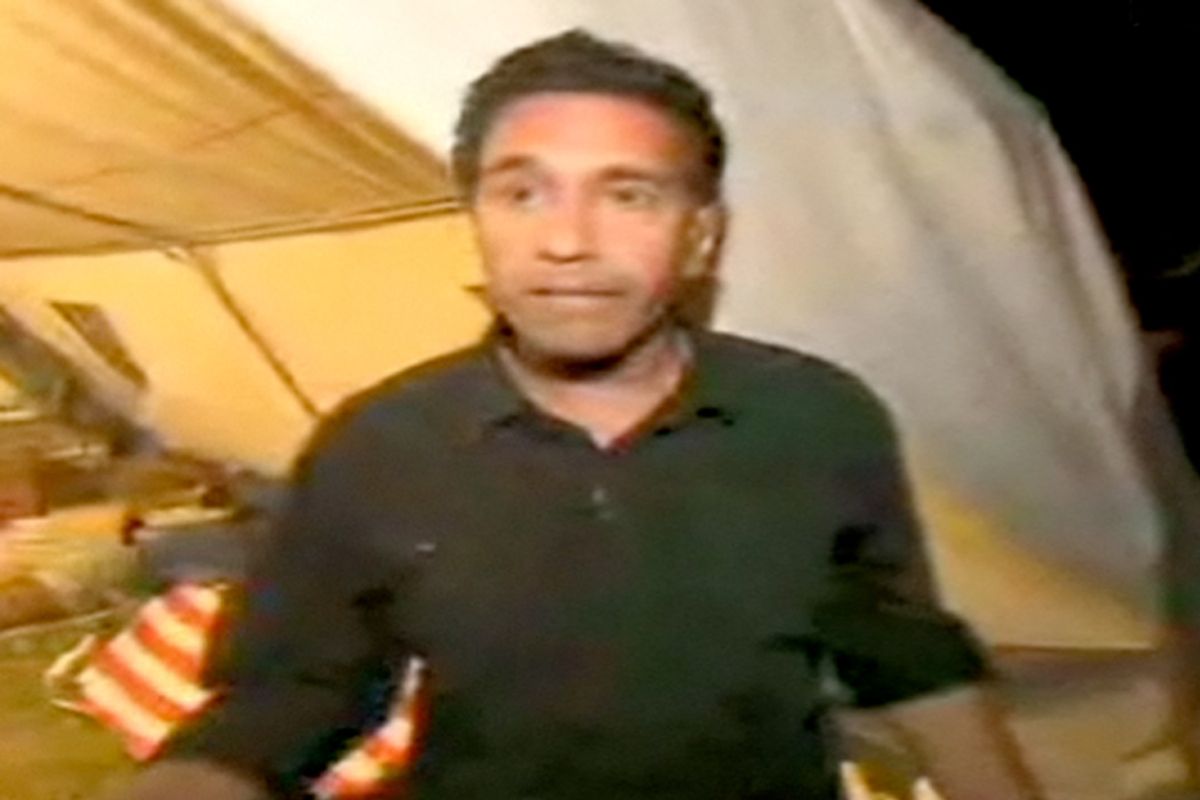 I find America's 24-hour cable news channels generally insufferable: the way journalism gets trumped by a cult of personality, the way speculation and editorializing is passed off as "analysis," the way talking heads recycle the news du jour in ideological rants. Still, some tragedies are so epic -- like the earthquake in Haiti -- they actually demand the scope of all-day coverage. And occasionally, amid all the ruin and hopelessness, cable personalities emerge as something like heroes. This time around, that person appears to be CNN chief medical correspondent, neurosurgeon at Emory University and the man-who-was-almost-surgeon-general Dr. Sanjay Gupta.

Last Thursday, I started to hear about Gupta's gripping dispatches from Haiti -- a clip of Gupta treating a baby on the Haiti streets was quickly uploaded to YouTube and became a rare hopeful moment among the carnage.

It's not surprising Gupta would resonate with viewers: Haiti's astonishing lack of medical care is becoming a key issue in the recovery (one that's hard for first-worlders to grasp without the searing images of cable television), and Gupta is, as far as I know, the only physician-journalist down there right now, so he offers a unique perspective on what medical personnel and patients face.

As someone who is smart, articulate and affable, Gupta is one of CNN's best assets, as far as I'm concerned. He may not be a transformational figure in American medicine (unlike, say, Atul Gawande, whom you'll meet shortly here in Salon). But as a physician myself, I think Gupta takes his responsibilities as a reporter and health educator seriously. And as someone who shares his South Asian heritage, I'm gratified by how he's represented my culture.

So on Saturday, I tuned in to CNN to find Gupta ensnared in another drama, one that may prove one of the most memorable moments in the Haiti coverage.

Gupta had been reporting the night prior from a United Nations makeshift medical camp near Port-au-Prince, filled with more than two dozen critically ill and injured patients, some recovering from surgery on-site. The site was staffed by a team of physicians from Belgium, who only earlier that day had gotten the place up and running.

But as night fell, Gupta explained to Anderson Cooper that the United Nations ordered these doctors to pick up their medical supplies and leave. (A claim the U.N. later denied.) Gunshots had apparently been heard nearby, and there was concern about an outbreak of violence. Pan to footage of the medical team packing up and driving off, many, like tourists on a morbid bus tour, snapping pictures with their digital cameras. Pan back to Gupta, standing in front of a tent still filled with patients. "I've never been in a situation like this. This is quite ridiculous," Gupta told Cooper. Watching the light in the tent behind him flicker on and off, knowing there were people suffering inside, it was impossible to disagree. (A brief clip below.)

That left Gupta, there as a reporter, the last doctor standing. And so he did what good doctors do. He assumed responsibility for those sick patients with a stethoscope and some bags of IV fluids left behind by the Belgians. A camera crew followed as he moved from sick patient to sick patient, accompanied only by a single nurse from the Belgian group who refused to leave. That night he tweeted, "345a. pulling all nighter at haiti field hosp. lots of work, but all patients stable. turned my crew into a crack med team tonight. #proud."

By morning, things settled down again. The medical team returned, though the finger pointing between the U.N., the Belgians and the outraged public had just begun.

Cynics may sneer that Gupta's decision to stay was a self-promotional act intended to boost ratings and his profile, that his nobility was inspired more by the eye of the camera than the Hippocratic oath. But don't count me among those skeptics; I believe those lives were, literally, in Gupta's hands, and he responded. In addition to the 25 patients dropped in his lap, Gupta also stabilized a few more patients who trickled in during the middle of the night. None of them died on his watch. That's good, hard work, and he deserves praise for it.

Gupta isn't the only lone doctor taking charge -- one Haitian doctor took 100 patients into his own home to care for them. Another American physician, who was in Haiti as the earthquake hit, found herself in a similar situation to Gupta's. "It was overwhelming," she told a CNN reporter. "Several people bled to death while I tried to treat them. One girl's skin was ripped off her hand and forearm, and you could see all the muscles and tendons. Then a father handed me a baby who was minutes away from dying, and I had to say, 'I'm sorry, there's nothing I can do.'"

For Americans, who have spent the past few decades growing increasingly suspicious and mistrustful of doctors and the medical establishment, Gupta's actions (as well as those of the other two physicians) are a refreshing reminder that a physician's altruism, skills and knowledge still matter. Of course, the exit of an entire team of doctors (with their precious supplies) while patients lie in agony is enough to kick up that familiar suspicion and mistrust. (And the additional story of the nurse with enough chutzpah to defy orders probably makes someone want to sue for malpractice.)

But understand that medical decisions of this magnitude in a place this overwhelmed are not easy, nor are they black and white.

As a resident, I spent two months taking care of patients in India, but I have never worked in a hot zone. Even with the news reports, it's hard for me to imagine what Haitians and relief workers are up against: devastation in all directions, aftershocks rocking already tenuous structures, rotting bodies of men, women and babies. No food, no water, no place to sleep, bathe, urinate or defecate. All of it happening in a sticky, humid climate with temperatures climbing to 90 degrees.

Frustration, desperation and fear must be the rule. There are reports of people shoving aside little children to get at food and water, and warehouses where supplies arrive only to be raided and looted. How can relief workers not worry about their safety and that of their team?

Should it be any different for doctors, even though we take an oath to care for our patients? According to the lead physician of the Belgian team, a request was made for security details to protect the doctors and patients. Had it arrived, he says, they would have stayed the night. If you believe there is gunfire in the distance, and it's your responsibility to lead a group of people who are just there to help: What do you do? Doctors are not immune to getting caught in the crossfire. Early last year, an army doctor in Iraq was killed by mortar fire. Last April, Somali gunmen kidnapped two physicians working there for Doctors Without Borders. My own opportunity to help out in a relief situation, in Sri Lanka after the 2005 tsunami, was called off after reports of increasing violence trickled back to us.

So determination and altruism are muddied by uncertainty and self-preservation. It's an impossible decision in an impossible situation. It's also one that doctors in this country have faced before. During Hurricane Katrina, floodwaters rose so rapidly that doctors in New Orleans hospitals had to literally decide between life and death for the patients in their care. The result was that some patients' deaths were hastened using medications, so others could be brought to safety. While two doctors were initially arrested for this, a jury refused to indict them, and no new charges have been brought despite similar admissions by other doctors.

Things get murky in emergency sites -- a person, or a group or people, has to make a decision based on what they know at that moment. I can't say I agree with the decision the Belgian group made, and watching them walk away made me queasy. But like I said, I've never been in a hot zone. I can't say what I would have done.

In this instance, however -- and in others that came later -- Gupta did make the right choice. And for all my grief about 24-hour cable, it is nice to get a bit of good news now and then.