Glass-Steagall 2.0? The administration leaks word of a major policy shift sure to outrage the big banks 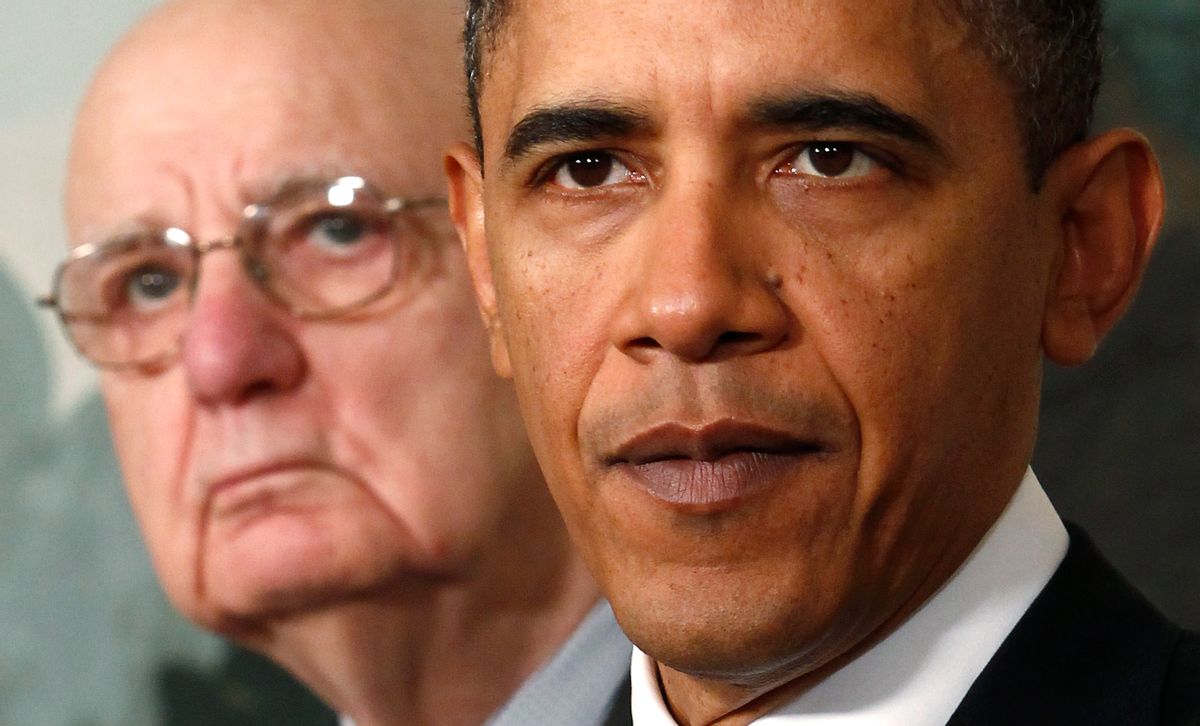 Over the past week, the Obama administration has made a sustained effort to change the subject. First came the proposed bank tax. Next, a vow to make a strong push for a Consumer Financial Protection Agency. Both good ideas in and of themselves, but still failing to address the core problem in our financial system -- the overweening power and reckless irresponsibility of the too-big-to-fail banks. But on Wednesday evening, administration officials leaked word of their boldest step yet: On Thursday, reported the New York Times, President Obama "will publicly propose giving bank regulators the power to limit the size of the nation's largest banks and the scope of their risk-taking activities."

The devil is always in the details and you can be sure that the banking lobby and its allies in Congress will scream bloody murder, but this is still a big deal, for several reasons. First, it's the right thing to do. Second, the decision to take a more aggressive stance against Wall Street marks a clear shift in tone, an abandonment of cautious accommodation in favor of out-and-out confrontation. (It's a "major policy change" writes Simon Johnson, long one of the toughest critics of the White House's reform proposals.) Third, the plan, which would include a very Glass-Steagall-ish ban forbidding commercial banks from trading securities for their own benefit, has former Federal Reserve Chairman Paul Volcker's finger prints all over it. Not so long ago, he was complaining that he was being ignored by the White House. But on Thursday he's scheduled for a meeting with the president right before Obama presents his reform platform to the nation

The politics of the new tack are obvious. With healthcare reform in shambles and unemployment refusing to budge, the Obama administration needs a fresh start. Tapping populist anger against Wall Street isn't hard to understand. We'll leave to the White House Kremlinologists the question of whether the new determination to go toe-to-toe with the banks represents a decline in influence for Larry Summers and Tim Geithner, or merely their long overdue recognition that decisive action was called for. But Volcker's resurgence is telling. For months he's been pushing for fundamental reform. Now, suddenly, even as Obama's reputation among progressives has sunk to new lows, the Volcker agenda is suddenly on the table.