Republicans: Yes we can! 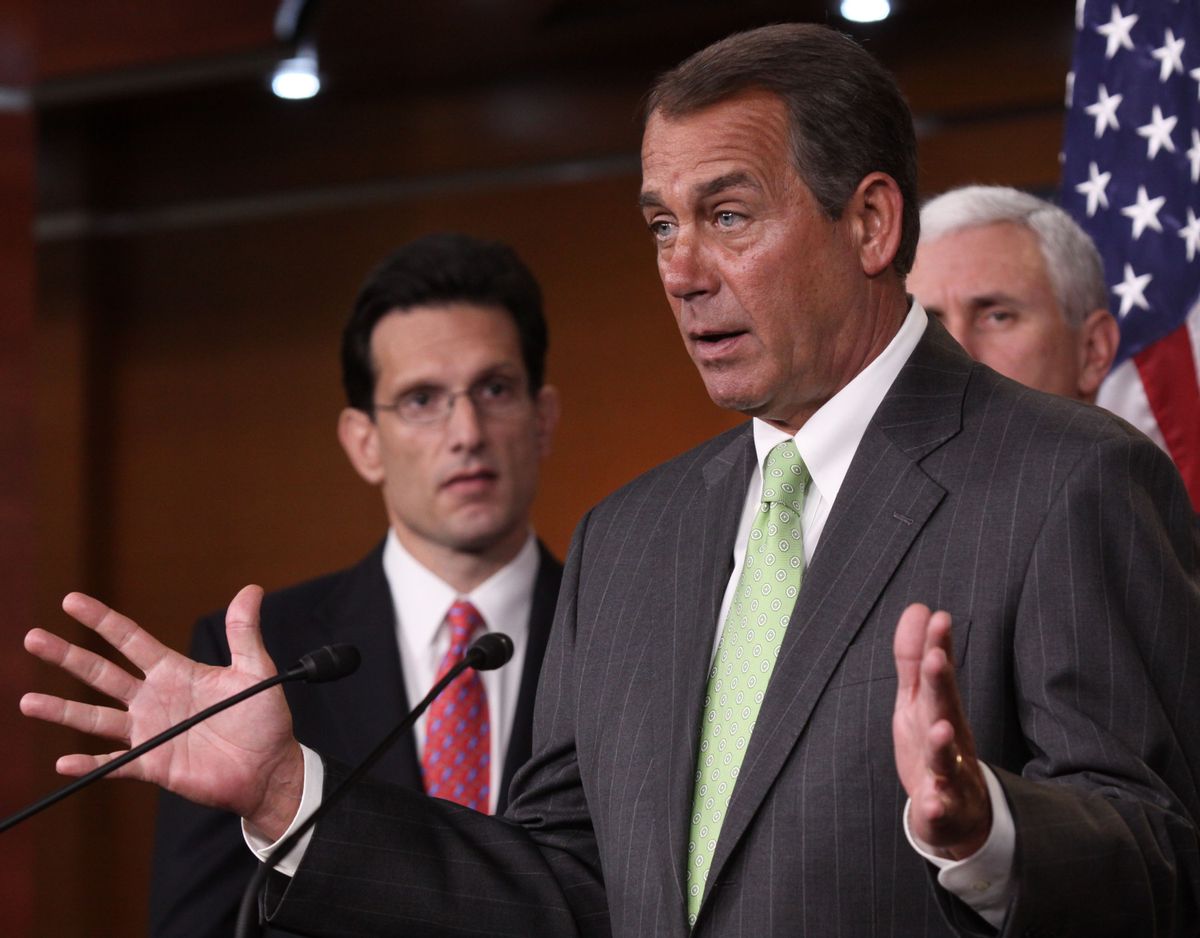 Top House Republicans are increasingly confident that they'll take back the majority in November's elections -- and Scott Brown's win in Massachusetts only boosted their spirits.

"Can we win the majority?" Chief Deputy Whip Kevin McCarthy asked, rhetorically, at a breakfast with reporters Thursday sponsored by the Christian Science Monitor. "Yes, we can."

The language, borrowed from President Obama's campaign refrain, was unlikely to have been accidental. A year after his inauguration, the GOP is no longer afraid of tweaking a president who finds himself far less popular now than he was when he took office. And McCarthy and GOP Whip Eric Cantor say the way voters are souring on Obama, there's no reason for them not to be optimistic. Obama has frustrated people because of "the failure to deliver on the promise of the change that was the narrative" in 2008, Cantor said.

Skeptics, of course, might wonder whether Republicans are the best party to capitalize on that failure, since the change Obama promised was in large part change away from years of GOP rule. But Cantor and McCarthy are not skeptics. "Our vision is much more focused on where the people's challenges are today," Cantor said. The specifics of that vision may be a while off, though. Republicans will put together a Contract with America-esque campaign manifesto later this year, but McCarthy wouldn't talk much about it Thursday.

One person who is still a skeptic about the GOP chances in the House is Republican National Committee chairman Michael Steele. Just a couple weeks after infuriating his fellow Republicans by saying they couldn't win the majority in Congress, Steele told ABC's George Stephanopoulos tht Wednesday that the GOP is on its way to "narrowing the margin" in both houses, but dodged a question about taking control of either (much to Democrats' delight). Cantor and McCarthy grimaced when asked about Steele, whose RNC is holding its winter meeting in a beach resort in Hawaii next week -- perhaps not the ideal backdrop from which to argue that the GOP, and not Democrats, understands the plight of American workers.

Meanwhile, Democrats laughed off Cantor and McCarthy's bravado. "They will not win the House," said Ryan Rudominer, a spokesman for the Democratic Congressional Campaign Committee. "Americans are still living the economic nightmare of George W. Bush's failed policies and remember it is House Republicans that got us into this mess in the first place."

UPDATE: A Republican points out that in January 2006, Tom Reynolds -- the New York Republican who ran the National Republican Congressional Committee at the time -- said more or less the same thing as the DCCC is saying now. Reynolds, of course, retired in 2008, after Democrats took control of the House under his watch in 2006.