In memory of old friends, with grilled cheese 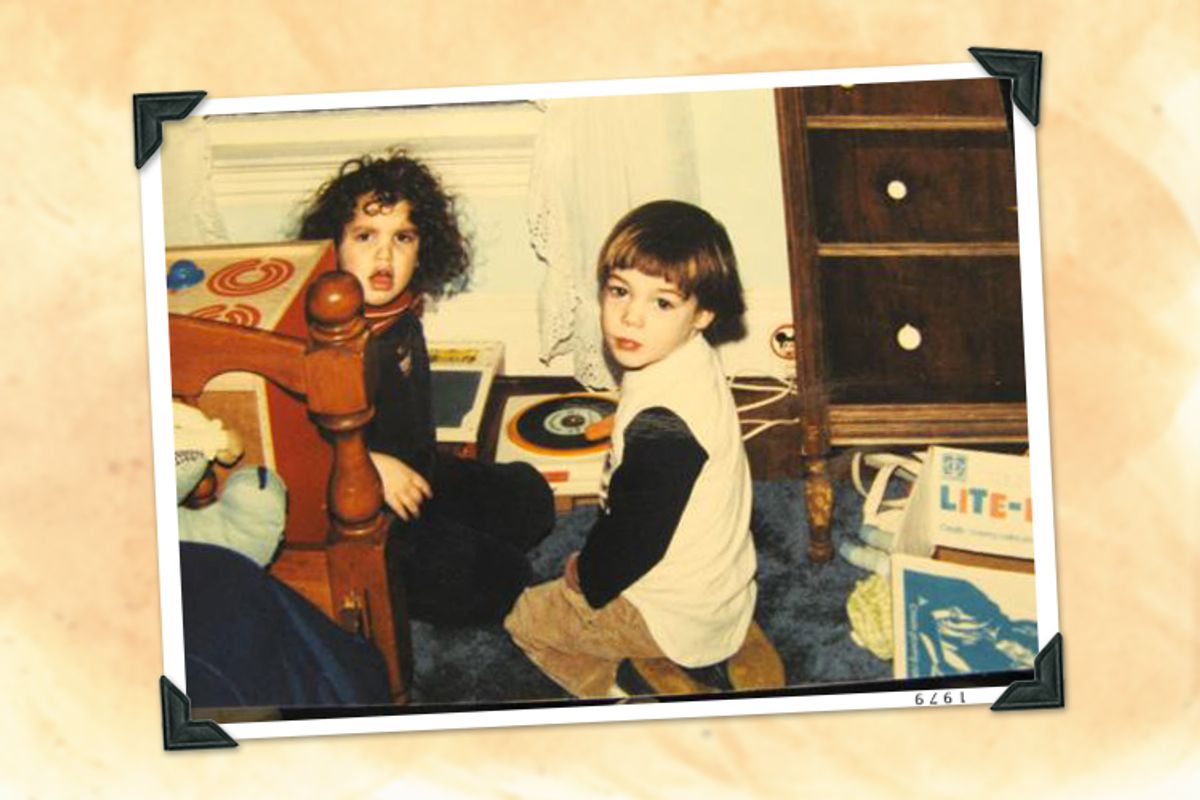 A version of this story first appeared on Lulu and Phoebe.

About two centuries back, when our children were merely tiny sprouts, we lived in Buffalo where great blizzards were de rigueur. We were young, broke college students supporting those two tiny girls on love and fumes. It seemed to work because eventually we finished college and sailed away to the first of a series of moves that eventually landed us on the left coast, where blizzards are not de rigueur.

Those Buffalo days were precious, though at the time they were endeavors in creative living. We moved to an eclectic neighborhood full of Buffalo working class, college professors, students and young families. The first day there, I discovered a tiny dancer with a curly top bouncing in the picture window across the street. She was jumping up and down on the sofa trying to get a better look at the new neighbors.

This girl became our daughter's first best friend. There was a small boy as well, the same age as our youngest daughter. Their mother became one of my closest friends. By the time the summer rolled around we spent many days outside with the kids, sitting on the giant front stoops of those old Victorians, drinking endless pots of coffee in the morning and switching to wine after a somewhat reasonable hour.

As the kids got older, their play became more entertaining. The littlest boy and girl often played "Late for Work." My daughter would yell out, "Here's your coffee, HONEY." And he would reply, in a strange little toddler baritone, "Thanks, HONEY. LATE FOR WORK," as he grabbed the Sippy cup full of robust pretend high test, zipping off on his Big Wheels down the street. She would remain in the doorway or on the porch, Sippy coffee in hand, shaking her head in endearment. This would go on for hours. I can hear their tiny toddler voices still; his more like a tiny version of Regis, and she exactly like Gwen Stefani.

Aside from the endless gallons of coffee and wine, we shared hundreds of grilled cheese sandwiches over the years. They were the foundation for every single child lunch. We would make them in my friend's kitchen while the kids played in the yard. Her kitchen was the size of a large broom closet, but we had a method that turned out piles of those sandwiches with perfectly melted, kid-friendly cheese. They would gobble them down faster than they came off the stove.

To this day, I cannot replicate them, or order a grilled cheese that comes close to the ones we made back then. But it doesn't really matter. Every time I bite into one, I see my friend's kitchen, smell the melting cheese and pan-toasted bread, and hear those four small voices. I can hear the laughter of my friend's voice as she makes yet one more sandwich. Four kids and 12 sandwiches was not unheard of back then.

The day we graduated from college, ready to move to new jobs in another state, all of us knew those years were coming to a close. We vowed to remain in touch and we did. Sporadically and on a whim we would hear from one another. It was the kind of friendship that just sweetly picks up where you last left off without missing a beat. It didn't matter if it was a month or 10 years. Or even 20.

Last month my friend died suddenly from an evil infection that swept through her, as her son said, like a perfect storm. She went into the hospital with a typical and ordinary illness and never came home again. She was buried two days before Christmas, her favorite holiday.

To celebrate our friendship, I am going to make a pot of coffee this weekend and sit on a friendly stoop and drink cup after cup with anyone who wants to join me. Then I will make a pile of grilled cheese sandwiches and share them with friends while we toast a woman who always found a way to make life seem like a miraculous privilege. It was an honor to be her friend.

Optional: Replace the butter with olive oil. Brush the olive oil onto the bread in place of the butter. Make sure the heat is not too high.

Note: To replicate the kids' version, use American cheese (organic cheese slices are best) and use real butter and whole grain (light color) bread. Follow the same directions and leave out the tomato unless the kid is a fan of red. It's close, but not exacty the same. Make several and serve with love.