"Extraordinary Measures": A downer of an uplifting tale 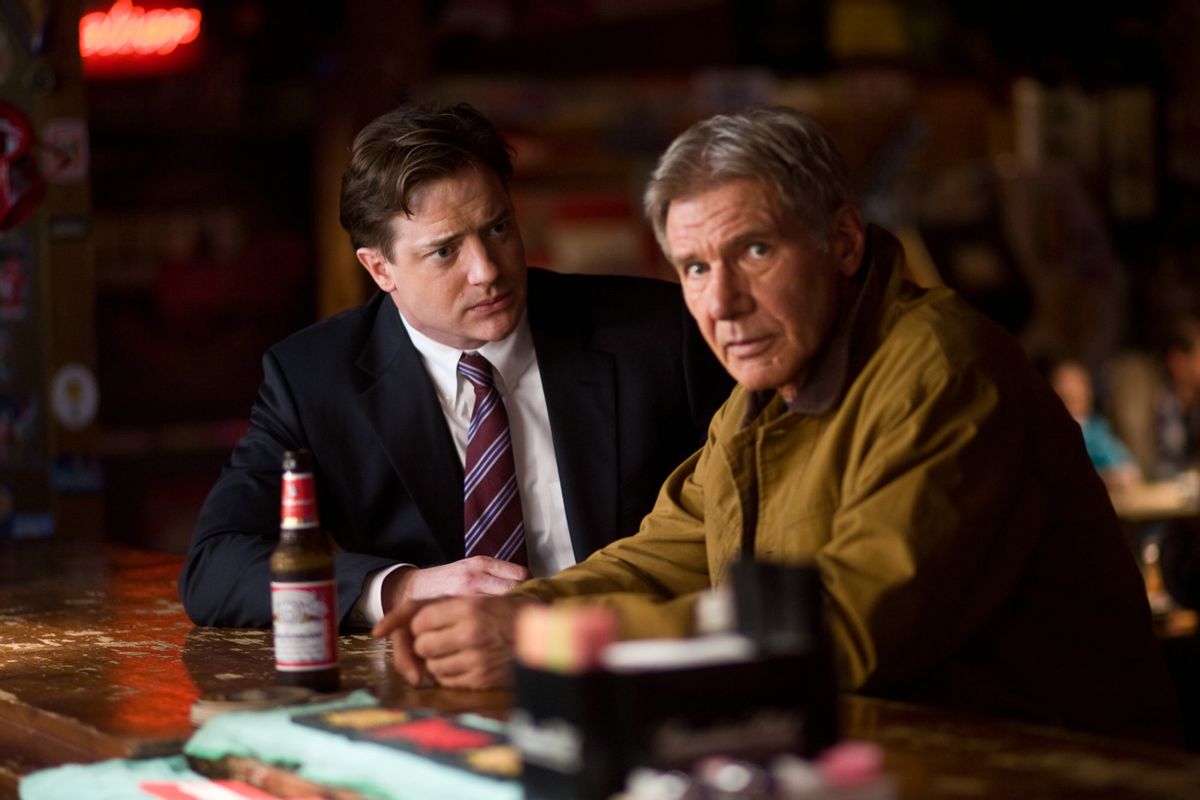 In order to round out a well-balanced diet of moviegoing, you have to open yourself to occasional shameless heart-tugging on the part of a filmmaker. Romances in which one partner or the other dies prematurely; pictures about beloved pets who live full, happy lives but must ultimately cross the Rainbow Bridge. It's best to work you way up slowly to the equivalent of Mount Everest when it comes to tearjerker territory: The sick-kid movie.

I'm here to report that "Extraordinary Measures" -- which is based on a true story -- doesn't tug the heartstrings in the most obvious, cheapest way. Actually, it doesn't tug them enough. Brendan Fraser stars as John Crowley who, as the movie opens, is a successful young executive at Bristol Meyers. He makes a comfortable living for himself, his wife, Aileen (Keri Russell) and his three children. But there's a cloud hanging over this young family: Two of the Crowley children suffer from Pompe disease, a neuromuscular disorder which leads to muscle deterioration and, eventually, death. We meet the older of these two children, Megan (Meredith Droeger), in an early scene as she chases her healthy brother around the family house in her wheelchair: She's a cheerful, optimistic kid, and a bit of a hellion. And when she's taken to the hospital one day, you fear the worst.

Luckily, the worst doesn't happen, but Megan's brush with death reminds John how fragile she is. He's painfully aware that there's no treatment for Pompe disease, but he has heard about a doctor who's made great strides in enzyme research, which could lead to a breakthrough. That doctor would be a taciturn, grumbly scientist named Robert Stonehill. And if you were making a movie and needed someone to play a taciturn, grumbly scientist, whom would you call?

This role was made for Harrison Ford, and he's fascinating to watch, if not exactly good: Ford seems to have made it his mission to play this character while moving as few facial muscles as possible. He has two expressions, the scowl and the reluctant half-smile. If nothing else, the performance is a marvel of economy.

Ford has always been a little like that, anyway: It's simply that he scales new heights of grouchy minimalism in "Extraordinary Measures." John coaxes the grumpy doctor into stepping up his research (he and Aileen manage to raise half a million dollars to get him going). Then Robert persuades John to quit his job and start a biotech company that will, they hope, eventually develop a drug that can be brought to market.

What follows isn't emotionally manipulative but simply dull, as the movie follows John and Robert through the ups and downs and ins and out of biotech business. I'm sure that isn't easy territory to navigate in real life, but in a movie like this one, a filmmaker has to figure out how to get great drama out of it. "Extraordinary Measures" is directed by Tom Vaughan ("What Happens in Vegas"); the writer is Robert Nelson Jacobs, working from a book by Geeta Anand. (Its title is "The Cure: How a Father Raised $100 Million -- And Bucked the Medical Establishment -- in a Quest to Save His Children.") The movie is designed to be inspirational and uplifting, and it does have a surprise twist of an ending. But by the third or fourth scene showing John and Robert meeting with, arguing with or outright defying guys in suits, I began to wish I could see more of the sick kids. Even in their difficult circumstances, they're a lot more fun, a lot more interesting and a lot more inspirational.

Weirdly, though, we don't even learn the second sick kid's name (it's Patrick, and he's played by Diego Velazquez) until a good half-hour into the picture. Before that, we've seen him and his sister, in their wheelchairs, being loaded and unloaded into the back of the family van. But the movie never gives us a sense of Patrick as a person; he may as well have been listed as "Sick Kid 2" in the credits. And the perfectly healthy kid -- forget it. It's possible his name was mentioned once in the movie and I simply missed it. (His name is John, and he's played by Sam Hall.) Of course, it's completely realistic that in a household with two seriously ailing children, the healthy kid would have to take a backseat. And the movie does include a few scenes in which John expresses great concern about his siblings. But why not give the poor lad an extra minute or two of screen time? What's it going to hurt? And doing so might have helped us get a better sense of this family's at-home dynamic.

Brendan Fraser gives an extremely earnest, admirably restrained performance: It's easy to believe in him as a distraught but determined father. And one of the ideas behind "Extraordinary Measures" -- that drug companies just might be more interested in profits than in helping sick people -- is certainly serious and significant. But that doesn't make "Extraordinary Measures" a good movie. It's about as dramatically taut as your garden-variety board meeting. And it makes you realize that jerking a tear or two isn't necessarily a bad thing for a filmmaker to do, if it at least keeps your audience awake.