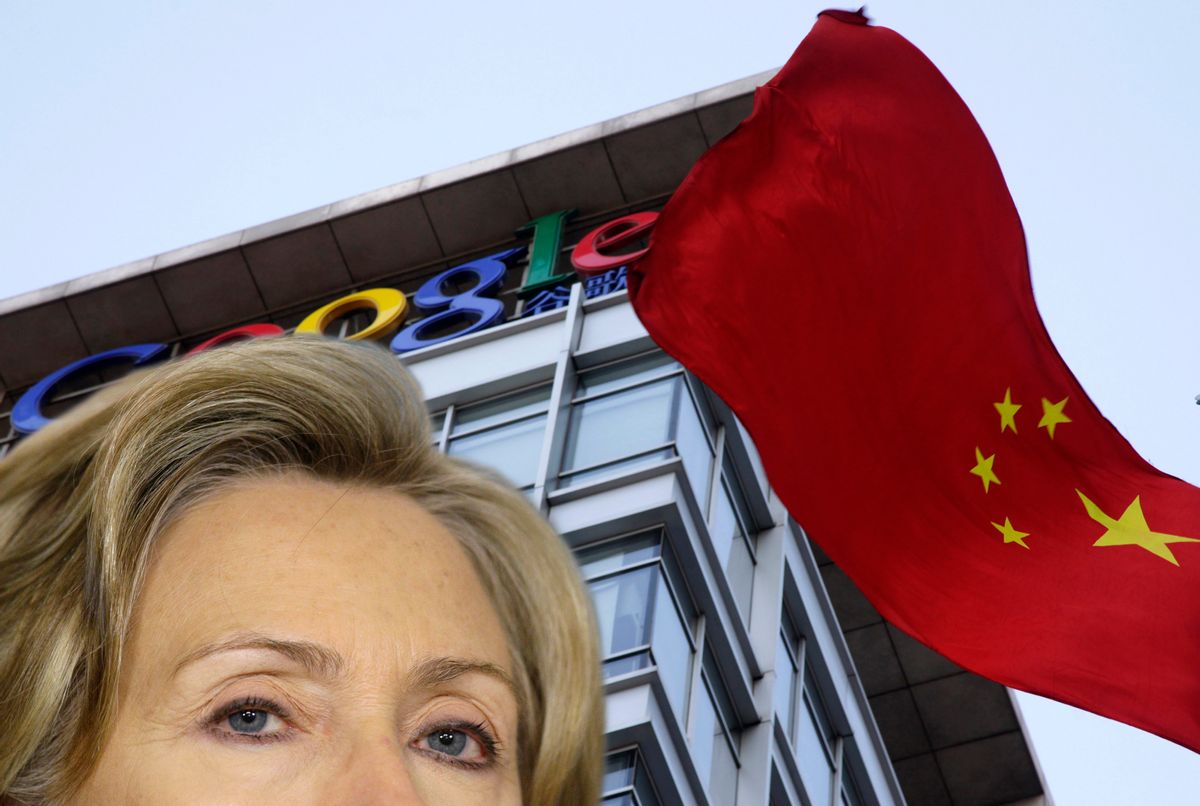 "The U.S. has criticized China's policies to administer the Internet and insinuated that China restricts Internet freedom," said spokesman Ma Zhaoxu. "This runs contrary to the facts and is harmful to China-U.S. relations.

Harmful to China-U.S. relations? Sure. Along with disputes over currency valuation, Taiwan, Tibet, climate change, and a host of other issues -- there are plenty of reasons for the U.S. and China not to get along, and we're all going to paying lots of attention to them as this century wears on. But "contrary to the facts?" I don't think so. Indeed, Reuters also noted that "some sections of the Chinese media were quick to criticize Clinton's remarks... but many of the Chinese reports were themselves cut from websites within hours of appearing."

China's Global Times was a little more honest. In the course of coining the wonderful phrase "information imperialism," the Global Times tacitly acknowledged controlling the influx of information from abroad, but treated such measures as justified protectionism against "aggressive rhetoric" from the U.S. and the Western countries aimed at upstart nations  "that do not follow their lead."

Keeping that in mind, it must be realized that when it comes to information content, quantity, direction and flow, there is absolutely no equality and fairness.

The online freedom of unrestricted access is, thus, only one-way traffic, contrary to the spirit of democracy and calculated to strengthen a monopoly.

I think China is selling itself short here. The country already has more Internet users than any other nation on earth. Surely it can generate an information tsunami of its own equal to anything the West can muster up?

But meanwhile, the lines have certainly been drawn. Hillary Clinton warned of an "information curtain" falling over parts of the earth. In response China vows not to be "victimized by information imperialism." So what happens when an irresistible force meets an unmovable object?