What to do with a mackerel, the Japanese way 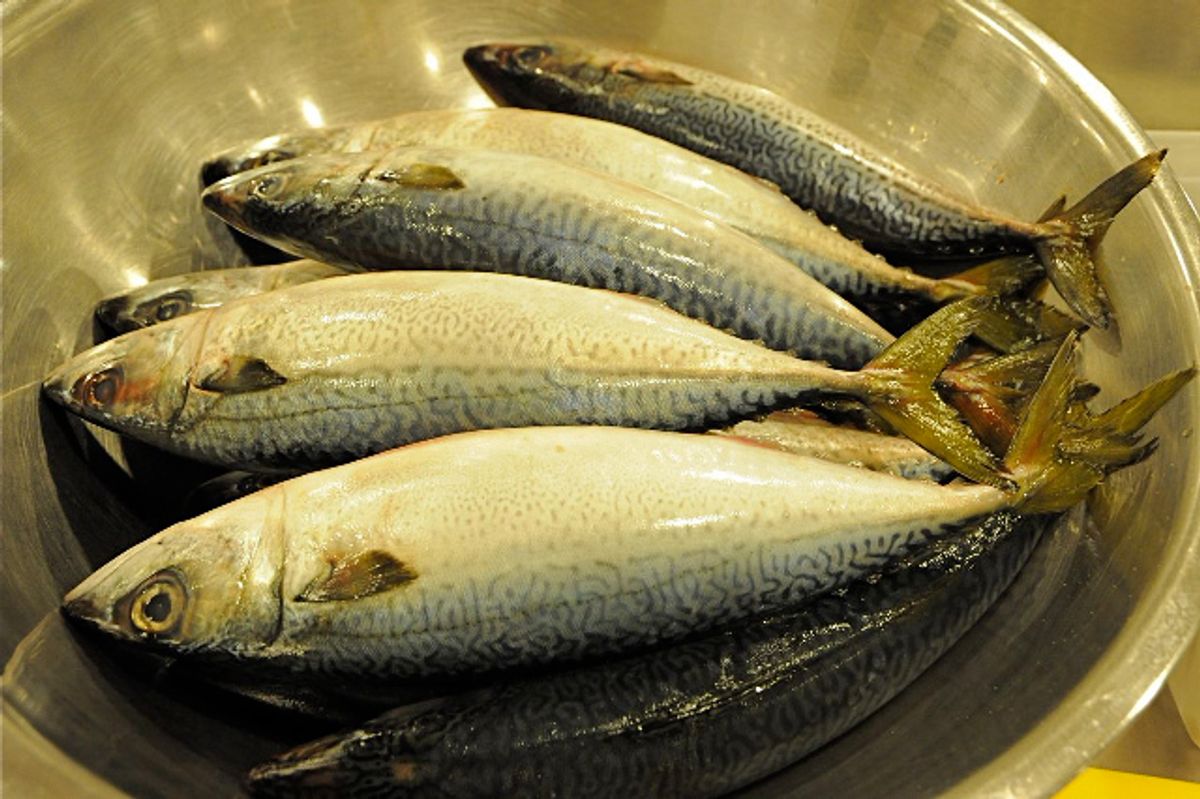 Mackerel's not the sexiest fish in the sea: We're not talking about a big (probably endangered) bluefin tuna or a chef's-darling hamachi yellowtail. And its oily flesh can, admittedly, degrade quickly if it's not handled properly (read: kept really cold all the time). Degraded oily fish flesh doesn't sound very good, does it? It doesn't taste real good either.

BUT! When fresh and handled well, mackerel's qualities are more than charming. That oiliness gives the meat a smooth richness with a minerally finish, while keeping a sweet flavor, like if tuna and fluke had a secret love child. Its texture is meaty and resilient. Its iridescent skin, a shimmering silver and blue, is gorgeous on the plate, and in a world where it seems that every tasty fish is doomed to feed us until extinction, mackerel stocks are plentiful and sustainable.

Traditionally in Japan, mackerel, called saba, are cured lightly with salt and vinegar when served raw. The original reason for this was to kill any bacteria that may have come from the fish's particular digestive system, but the salt and vinegar also serve to balance the oiliness and brighten the flavor. Chef Toshio Suzuki of Sushi Zen restaurant also adds a subtle, unusual twist: He lets it sit first in sugar, not enough to make it sweet, but enough to help the flesh retain some moisture and interact with the salt and vinegar to bloom the umami and flavor of the fish. "Japanese cuisine," he says, "is about bringing out the flavors inherent to the product, not creating flavor through sauces and such."

If you're getting your mackerel whole, Chef Suzuki urges you to gut it immediately and scrub the belly cavity under cold running water thoroughly, scale it, filet it, and get curing.

Very fresh mackerel filets (leave belly and pin bones in; they keep the cure from penetrating too much)
Sugar
Kosher or sea salt
Rice vinegar (best if it's not super harsh; if so, dilute it with a little water)
Sake (the cheap stuff is fine)

Special-ish equipment:
A very sharp knife
Fish bone tweezers (your eyebrow pluckers might work, but make sure they're clean)

Recipe by Toshio Suzuki, as presented at Mastering Fish the Japanese Way, by the Gohan Society