Scared of the big, bad "prostidude"? 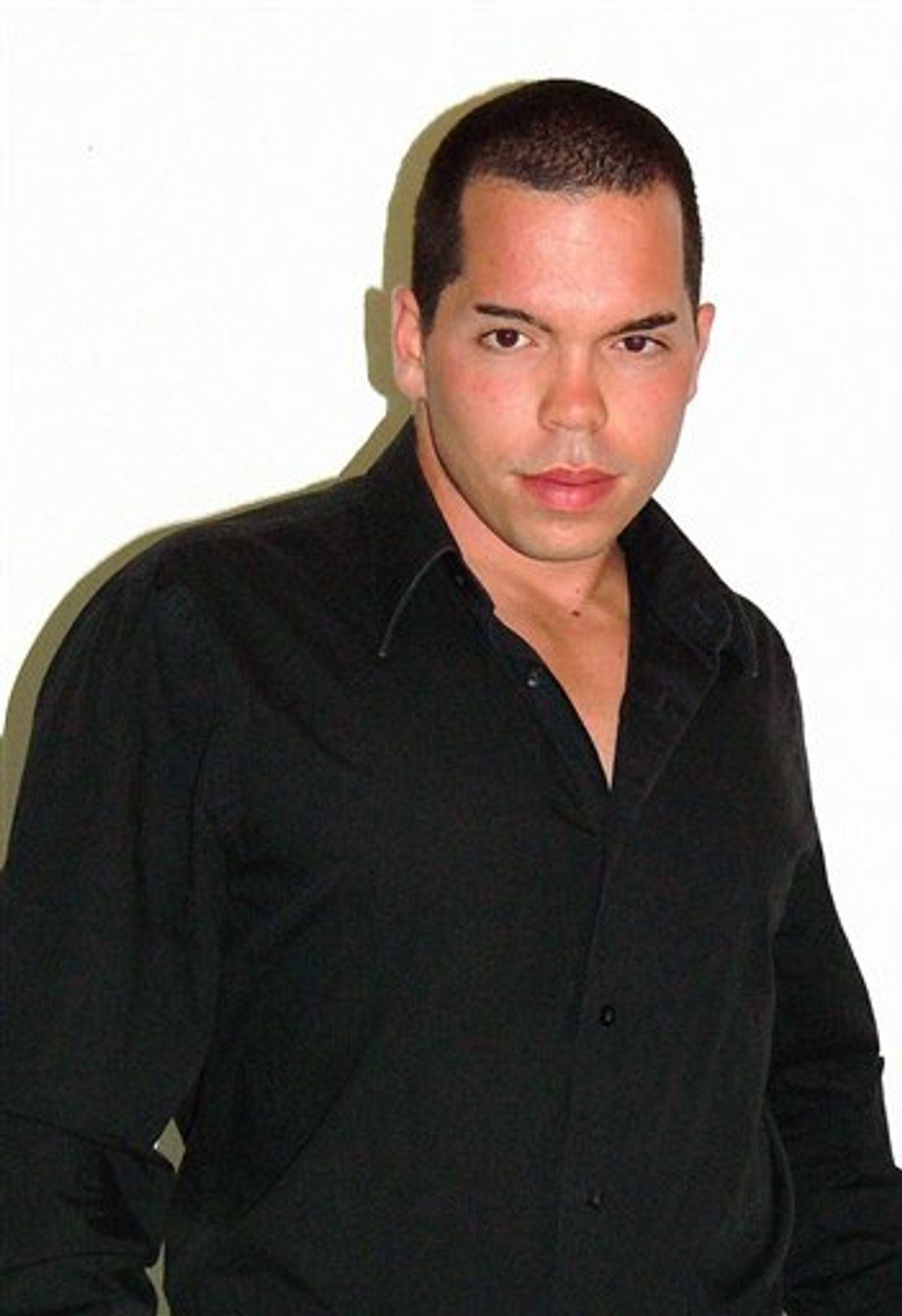 This weekend, the country's first legal male prostitute starts work at the Shady Lady Ranch. Well, OK, 25-year-old Markus technically began his new job earlier this week, but he hasn't been able to land any appointments until then. His slow start hardly helps to silence naysayers who doubt straight women will be interested in paying for sex -- but it will be even tougher to squelch another controversy at hand over gay male sex. Homophobia is in the air, as industry insiders rebel against Nevada's recent move to legalize male prostitution and the appearance of this beefy ex-Marine on the brothel scene. Never mind that Markus refuses to see male customers.

Earlier today, while reading an Associated Press article about the new "prostidude" in town, I came across a quote from Arie Mack Moore, owner of Angel's Ladies Brothel: "It won't be successful," he said. "You can't have both (male and female prostitutes) in the same building or adjacent to each other, in my opinion." I wondered: Why not? So, I gave him a call. With a Southern twang, he explained: "The men that want to go see female prostitutes don't want to see a male prostitute." Well, what if they don't have to see him, I asked. "They don't even want to go where a male prostitute is," he said. Then I went for the question tugging at my mind: Do you think homophobia is at play? He answered explosively: "Very much so." Straight male clients will refuse to walk into a brothel that has a male gigolo on the premises, for fear of being pegged as gay or because there might be gay customers there, he said.

Moore says his business has gotten a recent boost thanks to customers who have outright told him they're staying away from the Shady Lady specifically because of Markus. There are certainly other issues at play aside from homophobia -- for example, he said male customers want to avoid the embarrassment of running into female customers. I would have probed further on that subject, but Moore was keener on talking about how the STD screening process is hotter for male clients than it is for female clients. Female prostitutes will place a male client's member on, and I quote, "a dick pan" for inspection and cleaning. A male prostitute, however, would have to give a gynecological-like exam and look for "rashes" on her "pussy lips," which is not so "romantic," he explained. (Got it: "Dick pans"? Romantic. "Pussy rashes"? Not so much.)

As Broadsheet's Kate Harding reported in December, some insiders have rebelled against the legalization of male prostitution out of fear that gay male sex-for-pay will bring further scrutiny to the industry. Not only do they worry about it raising health concerns, but many suspect that the general public will find it unacceptable. George Flint of the Nevada Brothel Owners Association speculated: "There should be some fallout and backlash from this decision. Some may feel it's a repugnant thing to do or something that does not have the appetite of the state as a whole." Female prostitutes in Nevada were already having sex for pay with both men and women, so it's safe to assume that he's referring specifically to gay male sex. As Jim Davis, co-owner of the Shady Lady told the AP, "Everybody's so damn scared two men might have sex -- it's happening every day in Las Vegas."

Funny thing is, Markus' refusal to see male clients is earning him criticism from an entirely different group of industry insiders. A 22-year-old prostitute from Moore's brothel says his women-only policy is sexist. "How can you just turn down services because of what someone's preferences is? It comes with the territory. It comes with the business," she told the AP. Well, that seems awfully unfair, considering that sex workers often draw personal boundaries that they do not cross. I wonder whether there's a stereotype at play here -- that of the straight male hooker who gets paid to do something he would happily do for free. It's understandable that sex workers who hate the gig might be resentful toward some dude they assume has just breezed into town feeling like he's landed a dream job; and most lady prostitutes do cater to women as well as men, regardless of their orientation.

Look, you just can't win. Cater to men and homophobes will freak; exclude male customers and you'll be considered unprofessional. What's a straight male gigolo to do? I guess we'll have to wait to find out.