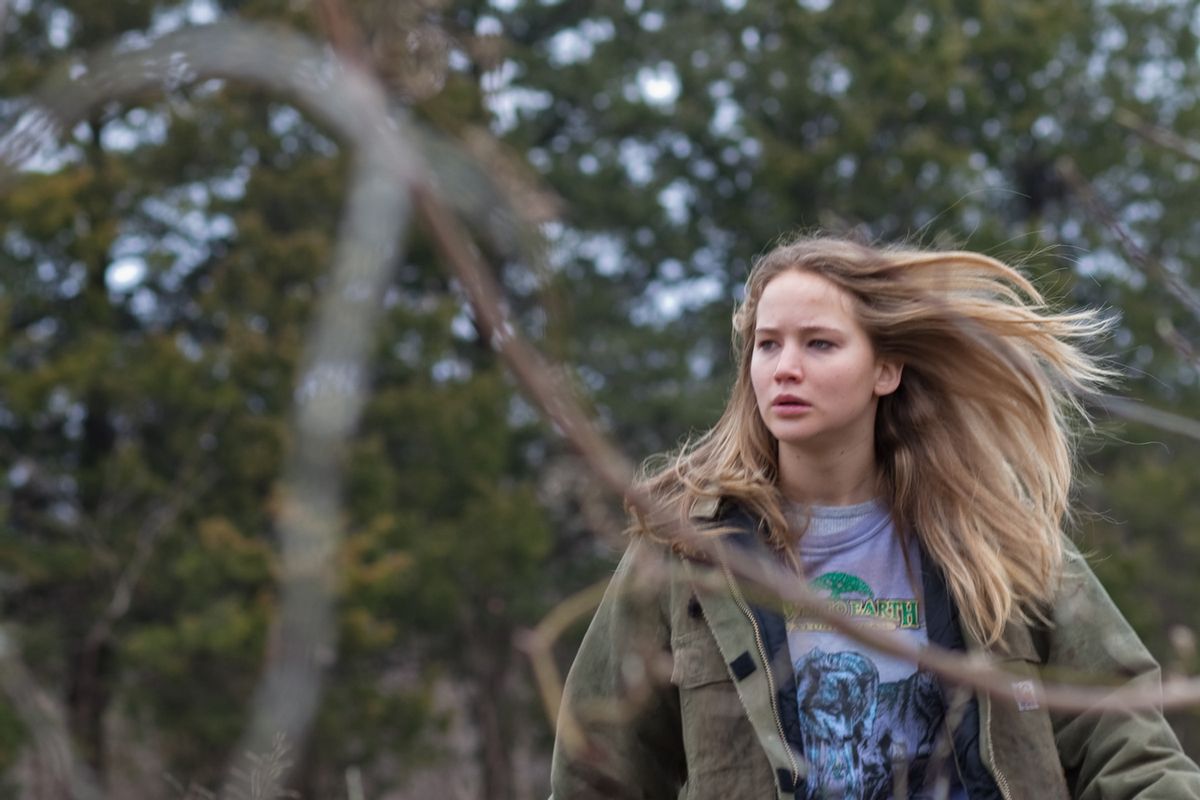 PARK CITY, Utah -- It's only Day 4 of Sundance, and I'm already reduced to blurbage. Here are quick hits on the films I've liked so far this weekend, one of them an early contender for the much-coveted O'Hehir Sundance Grand Jury Prize, handed out annually by a committee of one with no rewards attached, either on earth or in heaven.

We've all acclimated to the altitude by now, and to the fact that it's apparently going to keep on snowing throughout the festival, rendering traffic and transit issues between the sprawling Sundance venues even more fun than usual. Various actors and directors seem to be skipping out quickly, or not showing up at all; I've had two interviews fall through at the last minute, and other journalists report similar results. Honestly, though, no complaints from this quarter. It's a terrific Sundance to this point, and the dramatic conditions outside only heighten the indoor dramas in those nice, warm theaters.

Among the films I haven't seen yet, there's been a tremendous reaction to the Internet-romance documentary "Catfish," which apparently has quite a sting in its tail. (Here's Christopher Kelly of the Fort Worth Star-Telegram.) I've also heard furious back-and-forth debates about the confrontational drama "Hesher," which stars Joseph Gordon-Levitt as a long-haired anarchist grief therapist. (Here's Dennis Lim's thoughtful but negative review on his Sundance blog.)

"Winter's Bone" Debra Granik's blend of low-budget regional realism and crime thriller (adapted from the novel by Daniel Woodrell) is an absolute knockout, for me the narrative film of the festival so far. Young Jennifer Lawrence is sensational as Ree, fierce teenage scion of an Ozark family of bootleggers, outlaws and meth-cookers. When she finds out that her dad has put up her family house and 300 acres of virgin timber on bond, and then jumped bail, Ree has a week to track him down or be evicted, along with her younger sister and brother and her near-catatonic, pharmaceutical-addled mother. Problem is, the only people who might know where Pa is are the meanest and scariest members of her extended family, and what they know might not be stuff Ree wants to learn.

Granik captures the details of life in the ruined and beautiful backwoods villages of Missouri in thoroughly convincing, documentary-like detail, but there's not much meandering or contemplation. This is a woman who knows how to direct a damn movie; "Winter's Bone" builds to an ominous, almost breathless tension, every moment pregnant with violence and disaster. John Hawkes adds a powerful performance as her wiry, speed-freak Uncle Teardrop, who virtually oozes menace but is Ree's closest capable relative and her only source of succor. Channeling both urban myths ("The Sopranos") and rural ones ("The Texas Chain Saw Massacre"), Granik reveals herself as a lean and forceful tale-spinner, as courageous in her own way as the indomitable Ree.

"The Tillman Story" Just before Sundance, director Amir Bar-Lev changed the title of his documentary from "I'm Pat Fucking Tillman," reportedly the last words that the NFL star-turned-Army Ranger said while being gunned down by his own comrades in Afghanistan. But this seemingly nondescript new title has a resonance that becomes clear when you watch Bar-Lev's fascinating account, made with the consent and cooperation of Tillman's family. You see, "The Tillman Story" isn't just about the fact that Tillman was killed by friendly fire and the military brass lied about it, and essentially have never stopped lying. It's also about the fact that from the moment of his death, and even before, the former Arizona State and Arizona Cardinals star became a mythic, über-patriotic hero, the centerpiece of a right-wing, pro-military propaganda fable. He was never allowed to be who he was, a surprising, curious, and even eccentric individual who didn't fit the mold of either football player or gung-ho soldier.

Tillman returned from a tour of duty in Iraq convinced that the war there was both ill-advised and illegal; he reportedly had read essays about American foreign policy by Noam Chomsky and expressed an interest in meeting him. But as Bar-Lev's film makes clear, it isn't fair for the left to try to steal Tillman back and make him into its own hero figure. He joined the military in the first place, it appears, out of a genuine belief in patriotic self-sacrifice (although he never discussed the decision in public), and reading Chomsky was part of Tillman's wide-ranging self-education, which also included Ralph Waldo Emerson and the Book of Mormon. (He was personally an atheist, but had an almost academic interest in religion.) In this funny, profane and profoundly sad film, Bar-Lev depicts Tillman and his similarly unconventional parents and brothers as belonging to a vanishing species: Americans who hew to no ideological standard, and who actually think for themselves.

"Cyrus" Do shlubby John C. Reilly and ultra-hot Marisa Tomei make a plausible couple? They kinda do, in this enjoyably off-kilter romantic comedy from filmmaking brothers Jay and Mark Duplass ("Baghead," "The Puffy Chair"), who have ascended from zero-budget DIY movies to a mildly more expensive version. ("Cyrus" was actually produced by Ridley and Tony Scott!) Reilly plays a depressed loser whose ex-wife (the Sundance-ubiquitous Catherine Keener) is shoving him back out on the romance market. Tomei's character is immediately drawn to his lack of pretense (her first words to him: "Nice penis!"), and perhaps to his intense neediness as well. After all, she's got her overweight, 21-year-old, socially maladjusted son, the eponymous Cyrus (scene-stealing oddness from Jonah Hill), living with her, in a relationship that's just this side of totally creepy. All the improvised dialogue, herky-jerk camerawork and social discomfort of previous Duplass films is here, along with name actors playing damaged but ultimately human characters. Fox Searchlight will release this later in the year.