The "Golden Girls" star gets a SAG award, and reminds us that 88-year-olds can still steal the show 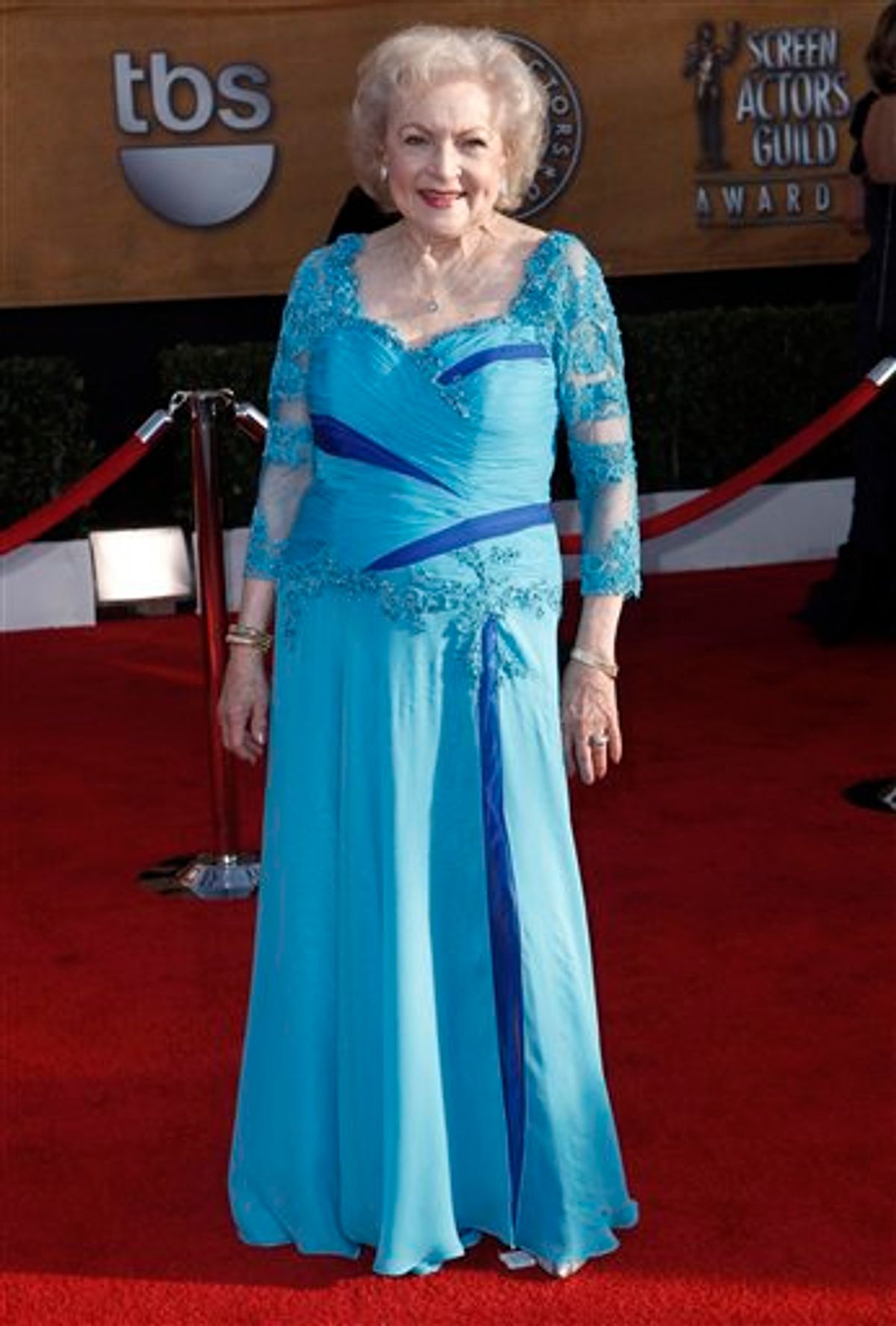 We should all be lucky enough – and badass enough – to dance into our senior years with the wit, sass and smarts of Betty White. The woman who played the man-eating Happy Homemaker Sue Ann Nivens on "The Mary Tyler Moore Show," the simple Rose Nylund on "The Golden Girls" and has continued to gleefully steal scenes on "Boston Legal" and "My Name is Earl" turned 88 last week. And on Saturday, she was honored by the Screen Actor's Guild with a Life Achievement Award.

Receiving the award from her costar in "The Proposal," Sandra Bullock (who went on to nab her own SAG award in an upset over Meryl Streep), the six-time Emmy winner dryly mused of Bullock, "Isn't it heartening to see how far a girl as plain as she is can go?" before saying, with her trademark mix of sweetness and ribaldry, "I know many of you, and I've worked with quite a few. Maybe even had a couple. You know who you are." (Earlier in the evening, George Clooney thanked her for her "discretion.")

But in the end, she was also heartfelt and grateful. The woman who asked TV Guide recently, "Why should I retire from something I love doing? How lucky can one person be?" told the audience, "It would never even have occurred to me to imagine this. This is the highest point of my entire professional life." But we wager she's got high points yet to come.