Side effects continue to plague patients like me. Now, as the FDA investigates, one expert admits, "We screwed up" 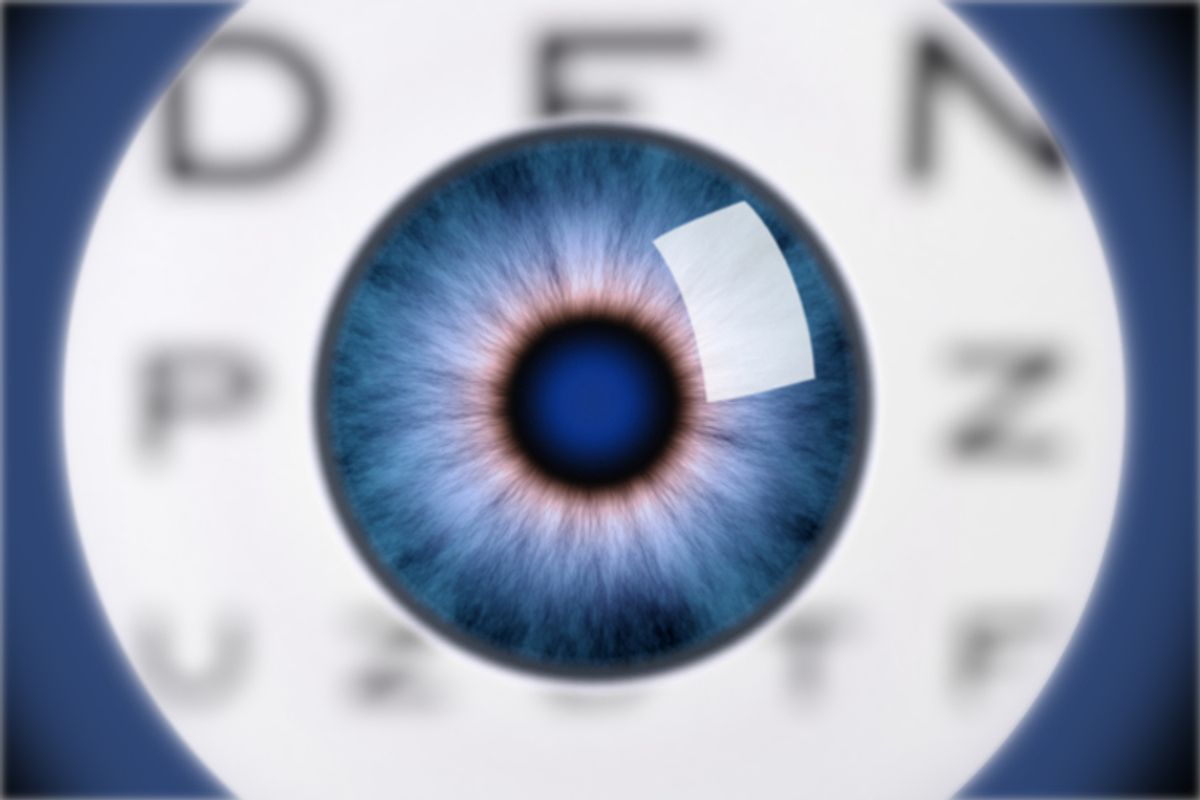 The other day I got a prescription for eyeglasses. This is not newsworthy in itself except for one thing: More than two and a half years ago I had Lasik (laser-assisted in situ keratomileusis), specifically so I could toss away the spectacles I wore for near-sightedness. I knew that eventually I would need reading glasses, but I would, I was assured, be able to see long-distance for a long time.

Problem is, I can't.

Not only is my vision blurred, but as I wrote in a 2008 article for the New York Times, I still see halos, and not the kinds with angels attached. It takes a good 10 minutes for my eyes to adjust to dimly lit rooms. My eyes are scratchy and as dry as the desert. Yes, before I got the surgery I signed an "informed consent" saying I understood all the possible side effects, but I certainly never knew that they might last indefinitely, and that they would be more than "annoying," as my doctor promised. But nearly three years later, they are still here. And while I could get an "enhancement" -- that's industry parlance for another surgery to correct errors -- frankly, the only thing I want near my eyes is mascara.

According to the American Society of Cataract and Refractive Surgery, most of the 13.6 million people in the United States who have had Lasik surgery since the first lasers were approved by the FDA in 1998 are pleased with the results. But others have experienced similar, if not worse, problems than I have.

Indeed, the estimated $2.5 billion industry has recently come under fire for its failure to acknowledge potential risks. Last spring, the FDA inspected about 50 Lasik facilities and found that many had no system in place for collecting and transmitting data to the FDA on patients’ reports of post-surgical "adverse events."

And in August, Consumer Reports Health released the results of a survey, which found that 55 percent of Americans who've had laser vision correction surgeries are still wearing glasses or contacts some of the time. Fifty-three percent experienced at least one side effect within the first four weeks of the surgery; 22 percent of patients experienced them six months after surgery, especially dry eyes, halos, glare and starbursts around lights.

Still, the American Society of Cataract and Refractive Surgery emphasizes that Lasik surgery, which can cost up to $5,000, has a 95.4 percent patient satisfaction rate, based on an analysis of research worldwide from 1996 to 2008, said John Ciccone, a spokesman for the organization. The researchers evaluated 19 studies involving 2,022 patients that specifically addressed patient satisfaction.

The experience of patients like Jeremy Fox, 26, a college student in Rockford, Ill., who got Lasik about four years ago, seem to support this assessment. Getting the procedure, he said, was one of the best decisions he has ever made. While he does experience some starbursts, he said "it’s not bothersome at all."

But the FDA and others are taking note of what they call "quality of life" issues. In October, the FDA, the Defense Department and the National Eye Institute announced in October a three-year effort to assess adverse effects of Lasik. The effort will involve gauging how many active-duty military patients at the Navy Refractive Surgery Center in San Diego suffered post-surgical eye problems, and a series of national, multi-center clinical trials that will study the impact on quality of life following Lasik surgery in the general population. In addition, the FDA has reopened a public docket to receive comments through Nov. 15.

"We noted that there was little consistent evaluation of the issues," said Mary Long, an FDA spokeswoman, about the reasons for why the study was initiated.

Erik J. Rupard, a doctor and clinical researcher with the U.S. Army, is among those who think such scrutiny is necessary. "Lasik is the Tiger Woods of medical procedures: deeply and demonstrably flawed, but so many people love it that those few of us who speak ill of it are dismissed as cranks and/or loonies," he wrote in an e-mail message. "I saw lots of dry-eye complications in soldiers in Iraq who had undergone the procedure ostensibly because contacts are too unsafe in that dusty environment, and yet the Department of Defense has done no controlled studies to look at the cost -- human and otherwise -- of these post-refractive issues. I am a clinical researcher, and I know that Lasik, a cosmetic procedure, has never been subjected to the pre- or post-marketing scrutiny that we put even lifesaving drugs through."

Surf the Web and you can find dozens of stories from people who have had post-Lasik difficulties: dry-eye, halos, glare. Some complications have resulted in corneal transplants. Over the last few years patient activists have bombarded the FDA with anti-Lasik e-mails, complaints and petitions.

Among them is John Hoge, 39, a businessman in Port Jefferson, N.Y., who suffered from night glare and halos and regrets not choosing the "zero risk option" of corrective lenses. A few years ago he got some experimental contact lenses that have largely taken care of the glare issue. They are expensive, he added, and are not covered by insurance.

While the FDA's recent efforts have given some patient activists a modicum of peace, many do not feel it is enough. "By not inspecting every Lasik facility in this nation, how is the FDA to know if Lasik doctors are compliant?" said Dean Andrew Kantis, 40, a jet salesman in Fort Lauderdale, Fla., who has experienced double vision, starbursts, halos and dry eyes since getting Lasik in 1999, and operates the Web site LifeafterLasik.com.

Some experts believe the FDA should have taken more care when the first lasers were approved in 1998. "We screwed up," said Morris Waxler, a former branch chief of the FDA’s Center for Devices and Radiological Health Office of Science and Technology from 1995 to 1999. "You know how some drugs have a black box warning --  it’s dangerous because of this, this and this -- we could have done something comparable to that. We should have looked at the worst-case impact on patients, rather than just the very good outcomes we saw in the clinical trials."

Larry Pilot, a former associate director for compliance in the FDA’s bureau of medical devices, and currently a lawyer practicing food and drug law in Arlington, Va., agreed. "It appears that information to provide adequate informed consent was not sufficient for all prospective patients about occasions where a bad outcome could result," he said. “The present dissatisfaction rate of 5 percent is very high. Personally and professionally, I am very disappointed in the FDA."

Spokeswoman Long refutes the notion that the FDA was errant. "The FDA has reviewed safety and effectiveness information included in the manufacturer’s applications for approval," she wrote in an e-mail message. "We found them to be safe and effective when used as indicated and will continue to monitor their safety and effectiveness, in addition to taking necessary and appropriate steps to protect the public health."

Timothy A. Ulatowski, director of the FDA’s Office of Compliance at the Center for Devices and Radiological Health, sent out letters to Lasik ambulatory facilities last May reminding them that all risks must be mentioned in every Lasik advertisement online, in print, radio or TV.

"As part of our ongoing review of Lasik and its impact on public health, we continue to look at various aspects of Lasik advertising and how we can better improve public health," said Long.

Still, an informal online search showed dozens of doctors' Web sites that do not mention risks or side effects.

As for the new study, Larry Pilot is not impressed. "The FDA is beginning to do what should have been done 10 years ago," he said. "The bottom line here is that upwards of scores of thousands of human eyes have been irreversibly damaged unnecessarily."

Dr. Solomon disagreed, maintaining that the FDA clinical trials on Lasik lasers were "rigorous" and "well-performed." "I think the FDA did an outstanding job at evaluating the technology," he said. "And the technology and procedure since approval have only gotten better."

Abby Ellin is the author of " Teenage Waistland: A Former Fat Kid Weighs in on Living Large, Losing Weight and How Parents Can (and Can't) Help ."  She lives, works, and tries to see in New York City.