Southern, homesick, hungry and ornery, the author calls his grandmother for her recipe (included) 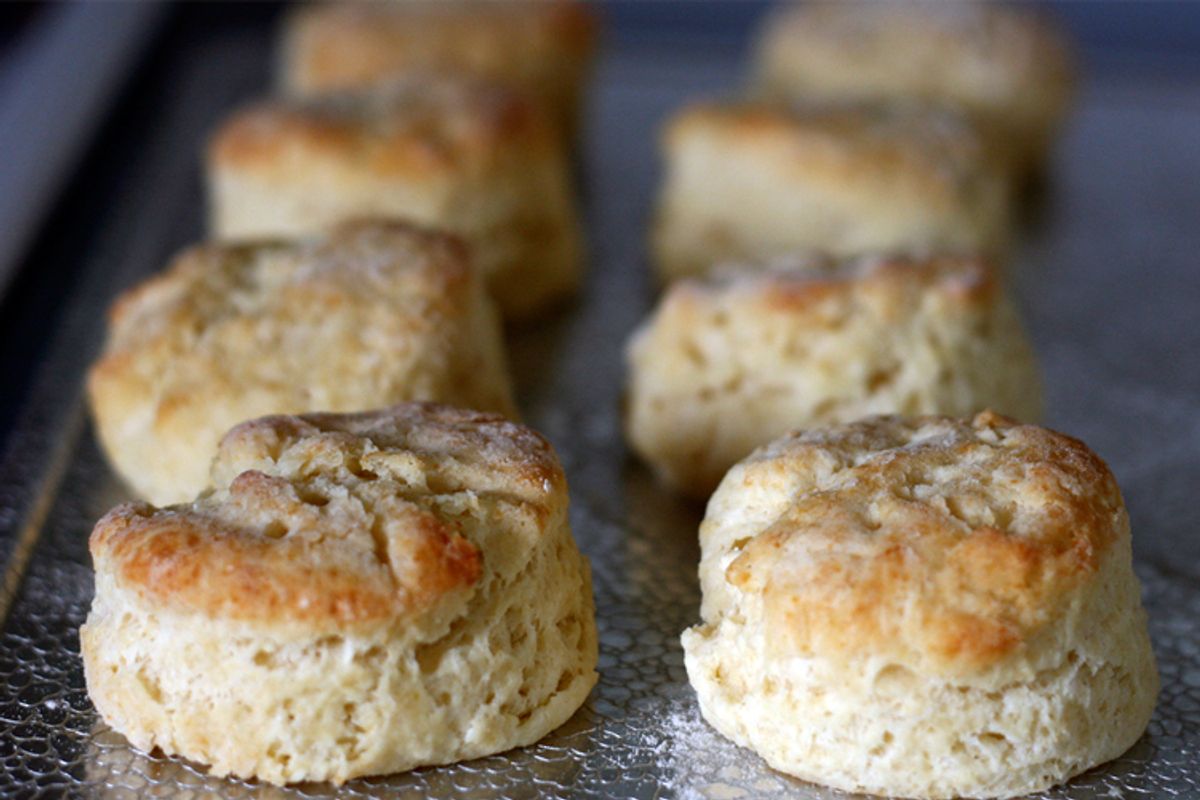 A version of this story first appeared on Jason Wester's blog.

My great friend David, who lives in Baton Rouge, was talking to a man during the aftermath of Hurricane Katrina. He asked him, "Why don't you move your family to another area? This place has gone to hell."

To which the man replied, in his full-on Cajun accent, "But David, if I moved away from Louisiana, what would I eat?"

I understand exactly what that man meant. As a Southerner, a Mississippian who has endured stints in other regions of the country, I was always looking for something good to eat. Seldom did I find it. In Western Pennsylvania, they love their pizza and subs and pierogies, and apparently red beet eggs and sweet broccoli salad are delicacies. I attended a hog roast and was astounded, then sort of offended, to see they stuffed the hog with sauerkraut. No intended offense to the culinary traditions of the Pennsylvania Dutch, but what's wrong with those people? There's nothing wrong with subs and pizza, but there were times I'd have given almost anything for a slice of hot buttered cornbread. And to Pennsylvanian restaurateurs: Would it kill you to put a bottle of hot sauce on the table? Is that asking too much?

I told Mom and Dad about my gastronomic frustration, and they sent a care package with cornbread mix, a can of turnip greens, and a can of field peas, and one Sunday afternoon, longing for a taste of home, I whipped up a Southern meal. I breaded and fried a pork chop, slowly simmered the greens and the peas, baked the cornbread, and "fixed" myself a plate. And it was good, but it didn't compare to having Sunday dinner (which, if you don't know, in Southern-ese, means lunch) at my grandmother's house, with her array of fried and stewed meats, slow-cooked vegetables, of course cornbread (no Southern meal is complete without it) and for dessert, if I was lucky she'd made my favorite: biscuit pudding.

Biscuit pudding. My mouth waters at the mere mention of the stuff. My grandmother, Virginia Wester (family and friends call her "Mama Ione"), 83 years old, still rises at 6 every morning and prepares biscuits from scratch. She has a wooden bowl, almost as old as she is, in which she scratches out her dough. Her biscuits are light, golden brown, perfect for splitting in half as a vehicle for a sausage patty, or for soaking up a few spoonfuls of red-eye gravy. You'll have to take my word for it: There are no better biscuits on Earth than the biscuits my grandmother bakes every morning. As good as they are, sometimes she has a few left over, which then become the basis for her biscuit pudding, served at supper.

Biscuit pudding is a bread pudding, but it's very smooth, creamy, buttery and rich, unlike the more chunky consistency of a typical bread pudding. It can be flavored with vanilla or chocolate (I prefer the vanilla version), and it is topped with meringue.

Reading the great pudding recipes on Open Salon the past few days prompted me to call Mama Ione and ask for her recipe, which, technically, doesn't exist, and getting her to give me some firm measurements proved to be an exercise in futility, so keep in mind, she makes this dessert on pure know-how. These measurements are approximations. Results, then, will surely vary.