Winner: My brilliant, brief career as a sports savant 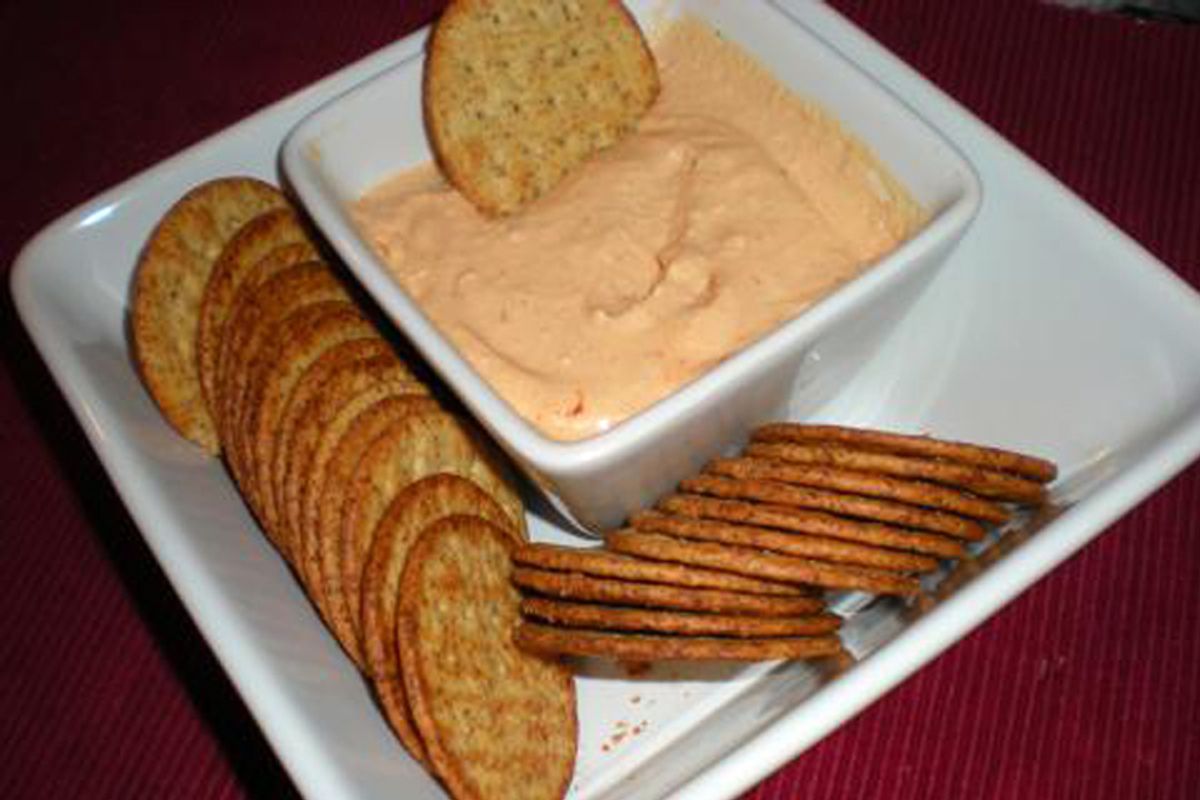 Corrected: quantity of cream cheese in recipe increased to 4 oz

This winning entry for the Salon Kitchen Challenge -- in which we asked readers to reveal their most spectacular sports-watching snacks -- comes to us courtesy of Lucy Mercer. Check out this week's Challenge here.

Here we are staring down the barrel of another Super Bowl Sunday, and I couldn't tell you who's playing or where. I lead a blissfully sports-free life, relying on my husband to keep up with who's winning, who's losing; who's abusing dogs and who's bringing weapons into locker rooms; in other words, the flotsam and jetsam of the briny sea of sports. I could say that sports savvy is not in my DNA, but that wouldn't explain my mom and two brothers who eat, breathe and live sports, although the remaining brother, Tom, couldn't care less. Among my sibs, we find the most to talk about.

Imagine the irony that my first job after graduation was reporting for my hometown daily newspaper. Just like county-rec departments are populated with college baseball players with bum knees, newsrooms are filled with sports geeks who desire steady access to players and statistics and sports talk. The dinky newsroom was a huddle of desks, all sections from news to features and sports chock-a-block. Gregg, an Alabama grad who covered local government, sat opposite me, reading the AP wire sports stories while swinging his fist, Roll Tide! fashion. Bill, the sports editor, sat next to him, rolling tide in syncopation. While writing the daily crime roundup, I tried to keep up with the sports talk. About the best I could do was sports trivia; I developed a subcategory where I will someday shine in a demented version of Trivial Pursuit: team names. UGA and Mississippi State are Bulldogs, Stanford is the Cardinal, and the Green Wave is from Tulane, easy-peasy. And, of course, who can forget the Hustlin' Quakers from Earlham College?

I had another gift, picking games. All these years later, it's time to come clean. In truth, I had a boyfriend who had the gift of picking games. It was acceptable at the time to gamble in the newsroom, hence the football season's weekly pick of 20 games. With a salary only slightly more than minimum wage, winning $20 was significant -- it meant lunches for a week or a tank of gas for my Ford Escort. My boyfriend, who had his own office pool, helped me with the ballot, and we won two weeks in a row. I'm not sure who was more stunned -- Bill and Gregg, or me. Not long after, I took another job: government flunky, twice the money, with a desk in an office with a door that I could close. It was always too quiet at that job. No guys to talk with, and definitely no gambling on state time.

This is all my way of explaining that when the Super Bowl comes, I'll probably be working or cooking, maybe writing or cleaning, filling my time with something other than the national obsession. But that's not to say that I can't come up with a recipe for the Super Bowl party that I won't give. When I'm choosing snacks, I always go for the dips first - food that you have to work for, crunchy, creamy and salty at once. This is my offering, a creamy tuna spread with smoked paprika and lemon. Salty and smoky, creamy and peppery, it's a substantial snack or appetizer.