All good grandparents try to pass on a piece of their history. Mine is sugary, sublime and can be made gluten-free 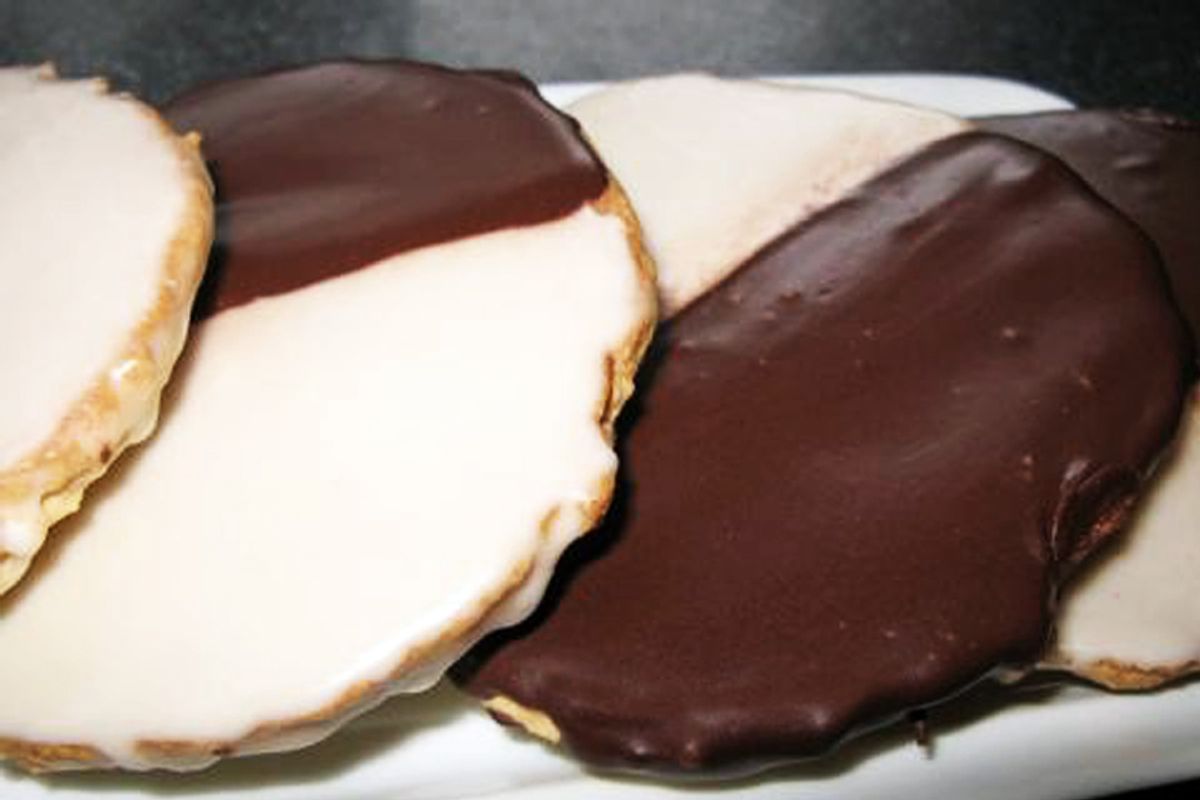 This story first appeared on Lulu and Phoebe.

Sometimes, family history is best told through the food we love. This story begins with the lines of housewives on Friday afternoon at Snowflake Pastry Shop in Syracuse, N.Y., patiently waiting to pick up a fresh loaf of challah for the Sabbath dinner. It continues with the Sunday morning lines of men who wait not so patiently in line for coffee cake, babka and danish along with a half-moon cookie for each kid in the house.

The white boxes with the little blue and white string being carried into your kitchen meant that it would be a very good day. No matter how well any mom baked, Snowflake did it better. The half-moons made all of us swoon with delight. We didn’t get them often, but when we did it was a treasured day.

We grew up, the bakery suffered as all little businesses did and closed after the big-box groceries took over the baking. And that was the end of it until many years later. Or until the next time we were visiting New York City. No one there called them half-moons. They were black and whites. The first time I asked for a half-moon in a N.Y. bakery, I was handed a powdered sugar covered crescent-shaped cookie. Delicious. But I never made that mistake again.

And if it were not for these two little boys, our childhood treat would never have been brought to life in our kitchen. All good grandparents try to impart a piece of their history to the next generation. Ours just happens to center on food. One day a few years ago we were talking about these giant black and white cookies, explaining the delight of buying and eating them. The little boys had never seen one, let alone tasted the sublime giant cakey cookie. They assumed we were making up fairy tales again.

As would any good grandmother, I quickly dispatched a dozen from the William Greenberg bakery in Brooklyn to my house in California, in time for an upcoming visit. Not only did they cost about as much as a car payment, but the condition they arrived in was entirely dependent on the whim of the shipper. And they were at least 3 days old by the time they arrived on our doorstep.

The boys were delighted to open the giant white bakery box tied with red and white string only to discover a dozen black and white cookies that were, at the time, about as big as their little heads. One cookie was all it took to fall in love.

They requested this new favorite cookie for any and all occasions. They asked, and I complied. I tried the WG Bakery again, but the price had gone up and was now close to a mortgage payment. I tried Zabars and Dean & Deluca, both of which sold mini black and whites. You’d think they’d be a reasonable price, but 18 little cookies cost over $50.

It was time to buckle down and figure out how to make them in our little kitchen. We had a variety of recipes collected from the Internet, magazines and books. Not one was the right one. Duplicating the flavor, the texture and the icing was a trial that included dozens of rejects.

But finally, one day, actually by chance, the accidental favorite emerged from the trial batch. We even got the glaze right. The cost was a fraction of what we had been paying. And the freshness was hard to beat.

I made large ones and then worked on the mini generation, which actually was harder to do than it would seem. Larger ones are more forgiving, but the little ones are more exacting. They are never truly perfectly round, nor glazed as tidy as they are in the bakeries, but they taste just like we remember.

This last batch is gluten-free, but the recipe can be made either way with small subtractions or additions, which are detailed in the notes. The little boys are happy and they will gladly carry the tradition of the Black & White cookie into the next generation or two.