The National Enquirer reports things got physical, on both sides 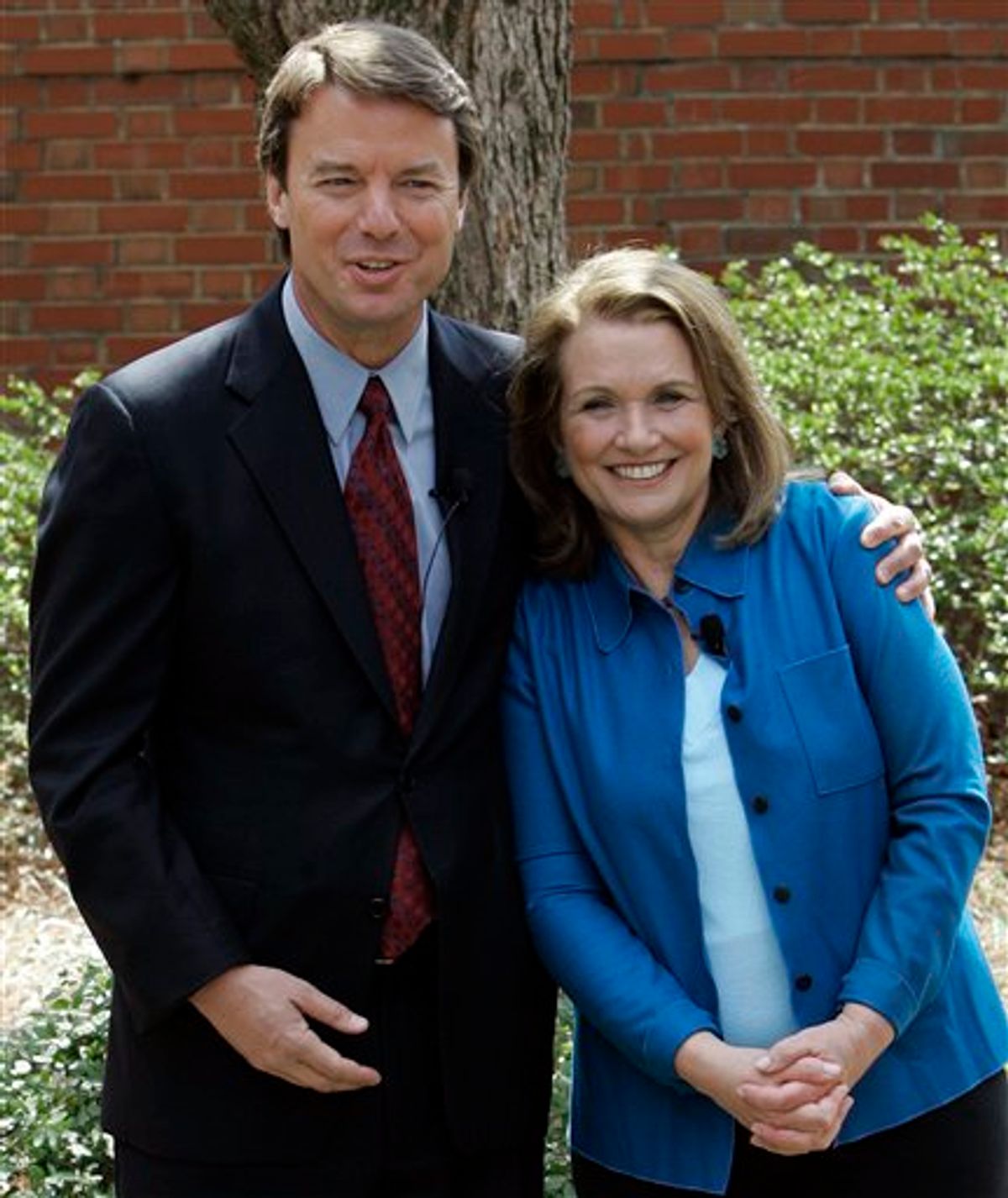 FILE - This March 22, 2007 file photo shows two-time presidential candidate John Edwards and his wife Elizabeth during a news conference in Chapel Hill, N.C. Elizabeth Edwards has separated from her husband after a tumultuous three years in which the couple's marital troubles became tabloid fodder. A friend of Elizabeth Edwards told The Associated Press, on Wednesday, Jan. 27, 2010, that the couple has separated. (AP Photo/Gerry Broome, file) (AP)
--

If we're to believe the National Enquirer, John Edwards allegedly "beat" his wife during an argument that brought about their recent separation, and Elizabeth Edwards supposedly "lashed out physically" on several occasions after her discovery of his affair (and child, and sex tape). The claim comes from a "close friend" of Elizabeth's -- the kind of close friend who is willing to spill secrets to a national tabloid, I guess. The Enquirer is quick to point out that this anonymous pal "passed a lie detector test regarding the shocking fight."

OK, well, that's one more awful claim to toss into this depressing domestic drama. (And one more bathtub filled with bleach so I can clean myself of this foul matter.) I'm really uninterested in speculating on whether or not this report is accurate, but I would like to draw your attention to the art the Huffington Post decided to run with its write-up about this new allegation: A photo of John with his arm stretched high, fingers extended, and the palm of his hand hovering right above Elizabeth's unsuspecting head. Classy, guys, real classy.