"Lost": Pass me whatever the smoke monster is smoking 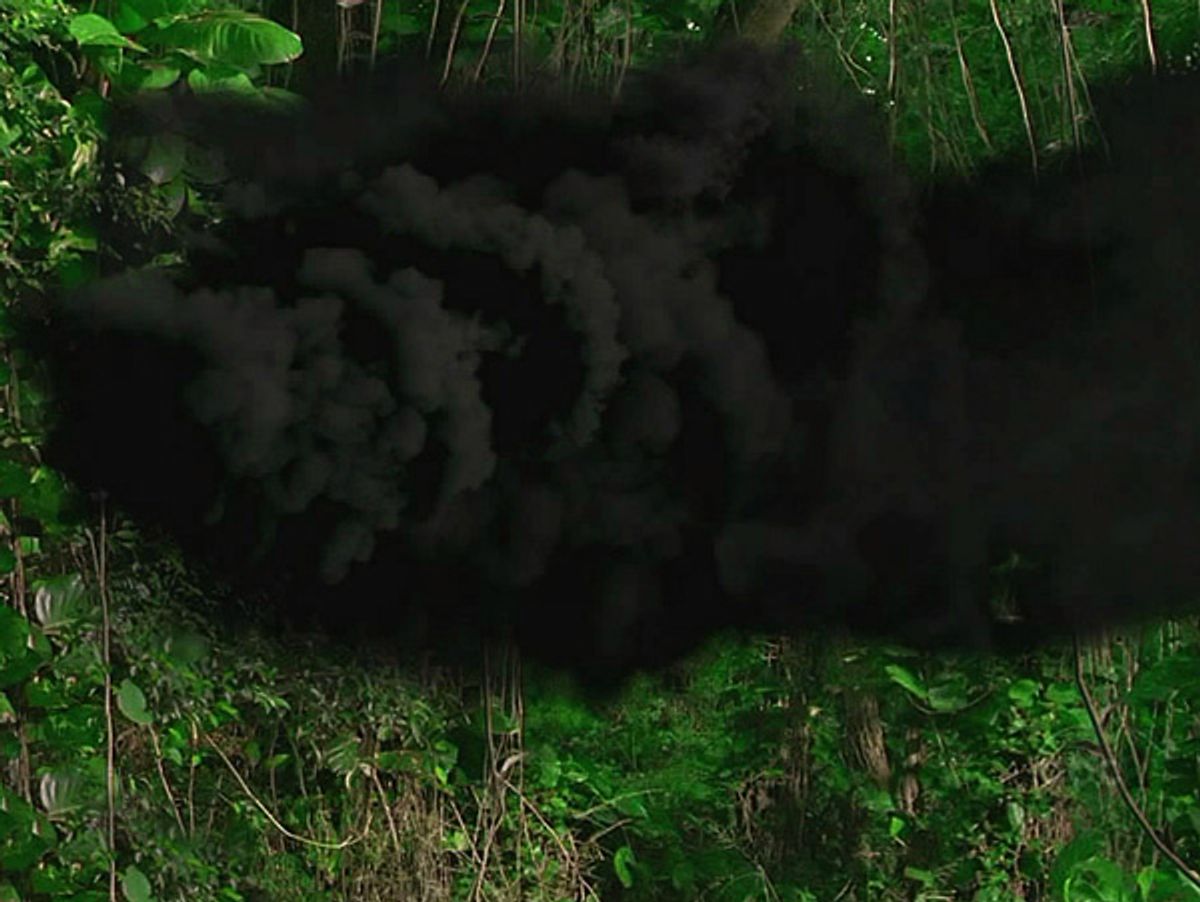 (Warning: Spoilers to Tuesday night's final season premiere of "Lost" included here, so don't read this if you haven't seen the premiere yet.)

Once at an open mike night I attended at a bar on Haight Street in San Francisco, a guy in a tie-dyed T-shirt pounded his fingers onto an electric keyboard, then screeched into the microphone, "The first rule is that there are no rules!"

But do things really get any more interesting when there are no rules? That's the question that arose in the pained faces of the audience gathered in the bar that night, and it's the question that came up during Tuesday night's final season premiere of ABC's acclaimed series "Lost" (8 p.m. Tuesdays), a show that, despite its rabid fan base, sometimes feels like the televisual equivalent of a keyboard-pounding poet. Although the "Lost" writers will mostly be praised for inventively throwing out the rules of time and space in order to keep things interesting going into the show's home stretch, their maneuvers sometimes feel about as mysterious and thoughtful as yelling into a microphone.

But who cares, dude? Juliet died, but then she wasn't quite dead and everyone tried to save her, but then she died again, and it was a huge bummer! Sayid was dying, and then the (new) Others drowned him and he was really dead, but then he came back to life! And even though the depressed gaggle of castaways left on the island thought that their big bomb experiment, well, bombed, in truth a whole separate reality split off from theirs and in it, Jack, Kate, Sawyer, Hurley and everyone else on Oceanic Flight 815 continued on their way and landed safely in Los Angeles.

Oh yeah, and John Locke is still dead in a coffin on the island, but then the still-living Locke, in the wake of manipulating Ben into killing Jacob, turned into a smoke monster and killed a bunch of annoying characters waving guns around. Then the smoke monster Locke scoffed at how pathetic the real Locke, who's dead on the beach, was, plus there's also the original Locke landing in Los Angeles and chatting with Jack in the baggage claim office. Three Lockes! I should've been annoyed by the whole thing, but all I could think was, "Who is this fake smoke-monster Locke, and where has he been all of our lives?"

"Nothing is irreversible," alternate-no-plane-crash Jack told no-crash Locke back in the never-landed-on-the-island reality (or did they land on the island and just forget about it, dude?). No-crash reality looks destined to be even more creepy and upsetting than any other reality the castaways have found themselves in, past, present or future – and that's saying a lot.

But if nothing is irreversible, then who really cares what happens? If the first rule is that there are no rules, then why would further rule-breaking carry any significance whatsoever?

Well, maybe because there's really suspenseful music playing and we want to see if Kate finally ends up with Jack or Sawyer.

Ah, "Lost." You had us at hello, and we've been lawfully wedded to your deceptively mysterious but ultimately empty bag of mashed-up jackass ever since. At least we know that we'll only have to suffer through one more season of this foolishness. And now we have someone to root for: evil fake Locke, see also: the smoke monster. As long as he destroys everyone and everything in his path in the end, then he's our guy.