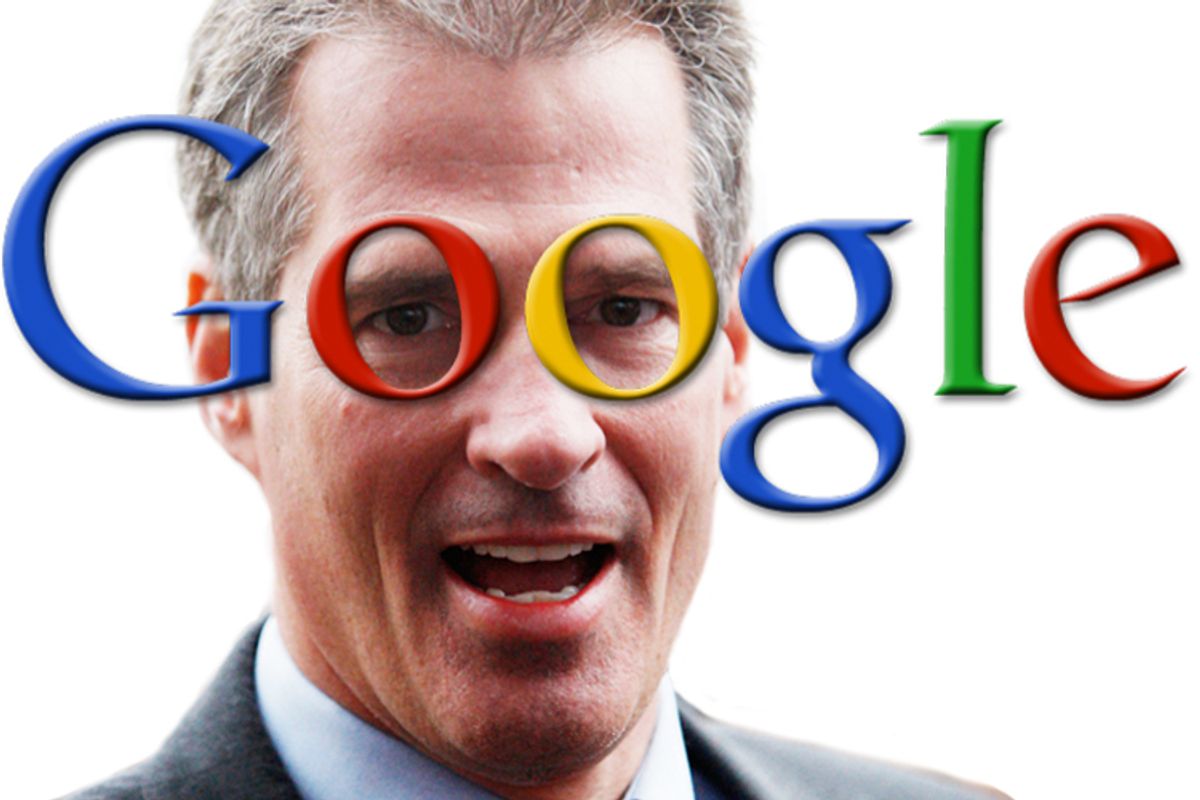 Having an opponent who was asleep at the switch didn't hurt, but some of Scott Brown's key campaign aides say they couldn't have pulled off the upset GOP victory in Massachusetts last month without Google.

"The running joke in the campaign is that when you go to [President Obama's] Web site, it says, 'Powered by Hope,'" said Rob Willington, Brown's new media director, at a briefing Wednesday afternoon (hosted at Google's D.C. headquarters, perhaps not surprisingly, though the Brown people said they'd been making similar presentations to conservative think tanks and groups around town). "With how much we used Google, you could say, 'Powered by Google,' for the Brown campaign."

Some of what Brown's team did was fairly easy to spot around the Internet. They bought ads on keywords related to the race -- including their opponent's name, so when anyone searched Google for "Martha Coakley," a Brown ad showed up at the top of the results page. Brown spent nearly 10 percent of his total campaign ad budget online; his Google ads were seen by Massachusetts citizens 65 million times during the campaign. (Not bad considering there are only about 6.5 million people living there.)

But Brown aides also used Google spreadsheets and forms to collect information from volunteers and supporters, essentially using the search engine's products to create their own version of what Obama's campaign team built for themselves during the 2008 election cycle. They had software on iPhones and BlackBerries that drew on their voter target list and used a volunteer's GPS location to provide a list of which doors to knock on, a script for interactions with voters and a form to fill out responses, eliminating the need for paper get-out-the-vote walk sheets. On Election Day, they used Google Voice to run "voter fraud" hotlines, where supporters could call in to report any alleged chicanery by Democrats.

And they also tailored their ads in the days before Election Day, so voters who were likely to support Coakley didn't see any additional reminders of the special election. "If you lived in Cambridge, the Scott Brown campaign is not going to pay for an ad to remind you that Election Day is Jan. 19," Willington said. Ads appearing on most political sites were pulled from liberal blogs, even though they make up a good share of politics-related Web traffic.

Google, of course, has been more closely linked with Democrats than Republicans lately; its CEO, Eric Schmidt, was reportedly under consideration for a job in the Obama administration, and in the current election cycle, 62 percent of its PAC contributions have gone to Democratic candidates. But Brown's campaign spent $231,000 on Google ads during the short Massachusetts race. The company would have been quite happy, presumably, to take Coakley's money, as well. The fact that Democrats didn't play the online game as well as the GOP is just one more item in the long list of things that went wrong there.