NOW's president is outraged by the news -- but is that reasonable? 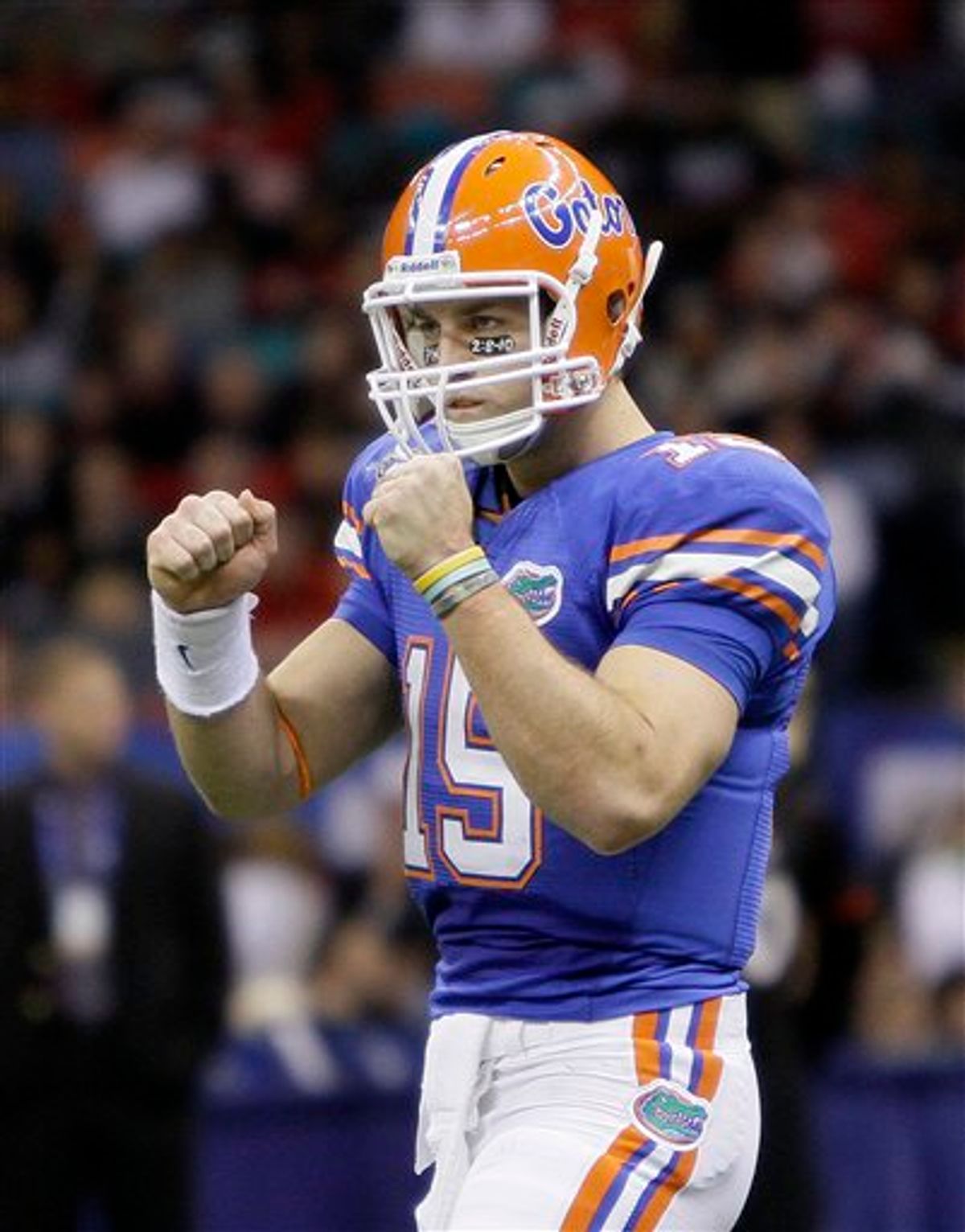 Yet another offensive has been launched against the Tim Tebow Super Bowl commercial: The Daily Beast's Dana Goldstein reports today that CBS and Focus on the Family have "actually been working closely ... for months on the ad's script." Terry O'Neill, president of the National Organization for Women, called this news "appalling" and "extremely, extremely disturbing." Is it, really?

As we've written about before on Broadsheet, the spot is expected to "celebrate life" by telling the story of how Pam Tebow refused an abortion and risked her life to give birth to her son, a Heisman Trophy-winning football star. A spokesperson for Focus on the Family, a stridently anti-choice organization, told Goldstein: "There were discussions about the specific wording of the spot. And we came to a compromise. To an agreement." He added that "it was a very cordial, very professional, fruitful relationship." For its part, CBS says that sort of thing happens all the time and that Focus on the Family did not get special treatment.

That raised questions for me about how CBS executives decide whether to outright reject a proposed spot or to roll up their sleeves and get to revising the script with advertisers. A CBS spokesperson declined to comment on the specifics of the decision-making process but reiterated to me that it is "very common" for the network to work on revisions with advertisers. So, I asked: What about the rejected commercial for the gay dating site ManCrunch.com -- why wasn't it allowed a revision process? Was it because the part that didn't meet the network's standards -- two dudely football fans kissing -- was so essential to the concept it couldn't be revised? She declined to comment on that particular commercial, but explained that advertisers are welcome to make alternative submissions. Take GoDaddy.com's "Lola" spot, starring a flamboyant retired football player -- it was rejected, but the company submitted an alternate ad that did make the cut. (It's also well worth noting that CBS had some questions about ManCrunch's ability to actually cough up the money for the air time.)

Look, the vetting process for Super Bowl ads has always been controversial -- in fact, many advertisers have wisened up to the fact that a rejected spot can garner some pretty fantastic pre-game attention. CBS has simply pumped up the volume by changing its policy to allow advocacy ads. That introduces questions of bias and exposes the network to a level of cross-examination that just might rival the Supreme Court confirmation process -- but these issues aren't restricted to Focus on the Family's 30-second message. I say, sure, disagree with the policy change, call for fair representation, respond with a competing message, criticize the ad's content, skewer CBS for irresponsibly airing a dishonest and misleading ad -- assuming that actually turns out to be the case -- but calling for opposing views to be censored? That just doesn't seem pro-choice to me.