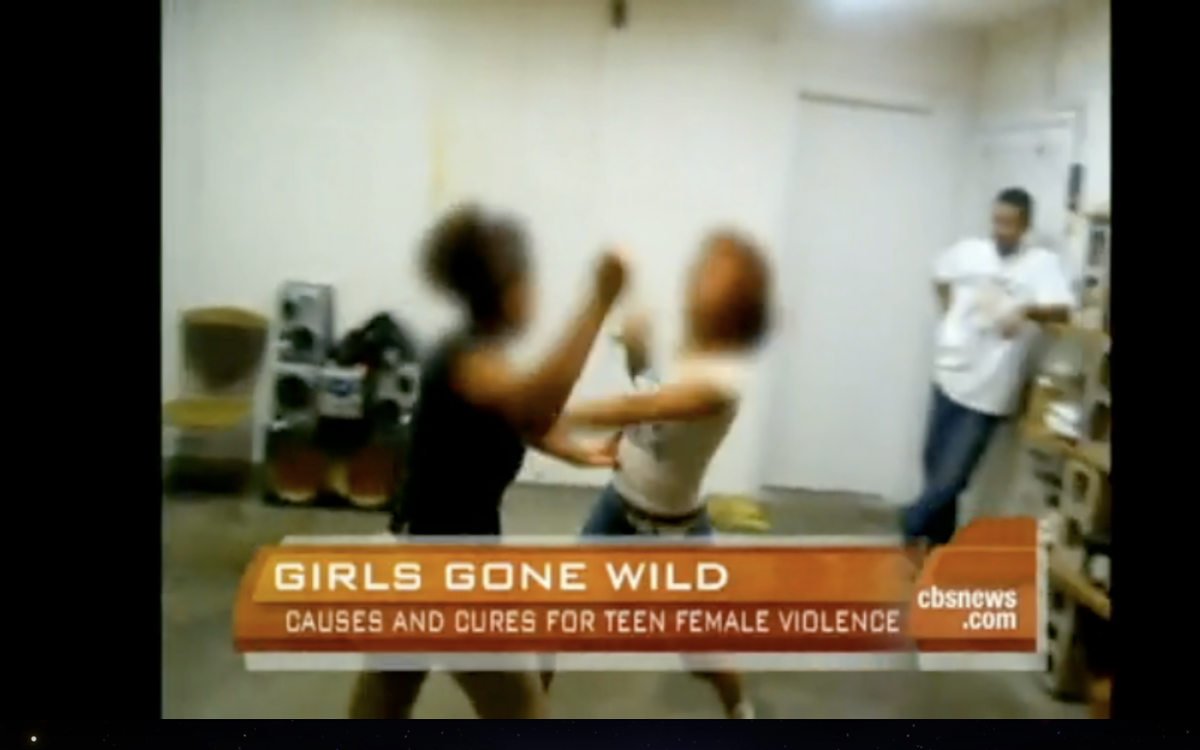 On the Internet, certain memes are reliably viral-worthy. Cats playing piano, for instance. Hitler getting the news of anything. But it has only recently come to our attention that teenage girls whaling on each other is this year's equivalent of OK Go dancing on treadmills.

Adolescent girls and fighting have long gone together like fake nails and clawed flesh (as those of us who survived Catholic school in New Jersey will attest). But the ease with which an adolescent brawl can become an unlikely hit became apparent last month after a Baton Rouge altercation between two high schoolers appeared on YouTube. In the clip,  14- and 16-year-old girls smack each other around while two adults stand by apparently goading them on. It's no "Thriller" flashmob, but it garnered thousand of hits – and the attention of the authorities. (The adults were subsequently arrested.) A few days later, a similar girl beatdown, this time from Lowell, Mass., popped up on YouTube as well. Suddenly, a feisty little genre had become every parent's nightmare.

But these two high-profile cases are just a taste of what's out there. In a CBS news report this week, a New England district attorney claims that 80 percent of school fights in his area are now between girls -- and national crime statistics bear out a rise in assault arrests among girls. (In related and marginally less depressing news, the legitimate field of female cage fighting is seeing a similar surge.)

But it's not fighting itself that's really skyrocketing; those same crime stats show no real increase in serious violence among girls. The recording of it, however, is another story. A YouTube search on girl fights yields hundreds of thousands of results, and that's not including the separate Web sites devoted to the action, where one can watch Brawlin Black Girls, Girl Knockouts and plenty of Ghetto pummeling. (I'm not providing the links. You want it that badly, find it yourself.)

It's true that many of those so-called fight clips are giggly affairs, obviously staged for an adoring audience of Internet degenerates. But just as many sure look like spontaneous acts of brutality. So what's grimmer, teenage girls playing fight club in the hopes of getting page views, or bystanders turning real violence into mass entertainment? And what's more demoralizing, knowing that somebody – or sometimes several rubbernecking, camera-toting somebodies -- had to coolly record and upload a face pounding, or reading the comments on how awesome or boring it turned out to be? I'll call it a draw.

The claws-out, hair-pulling fisticuff is, of course, a venerable genre. But this girl fight trend is distinct from its Russ Meyer and "Kill Bill" predecessors in a number of ways. First and foremost, it involves kids. We can, as the CBS report did, ponder aloud the issues of teen violence and bullying, but an equally troubling question is, who's watching this stuff? Well, those comments pointing out the "porno shot" moments might provide a tip-off, and the fact that the videos are often labeled as "hot sexy teen girls" beating each other makes at least one of their intended effects pretty clear. And getting to harsh on "stupid bitches" who "can't even fight"? That's a bonus. But it's not just the spelling-challenged mouth breathers out there fixing for a dustup. Even CBS News leeringly referred to the phenomenon as "girls gone wild," while AOL teased with a headline about "girl-on-girl fights." It's funny: I've never heard a news report  about guys kicking each other's asses referred to as "dudes gone wild" or "man-on-man" action. Behold this terrible problem, America. PS: Mrrrrow! And maybe that's the simple reason for the spike in these videos right there. Blood lust plus underage girls -- it's angry and violent and so easy to snark on and just a little bit gay! The titillation factor is just too irresistible, whether it's a jerk with a cellphone or a major news network.