David Letterman welcomes a woman into the writers' room 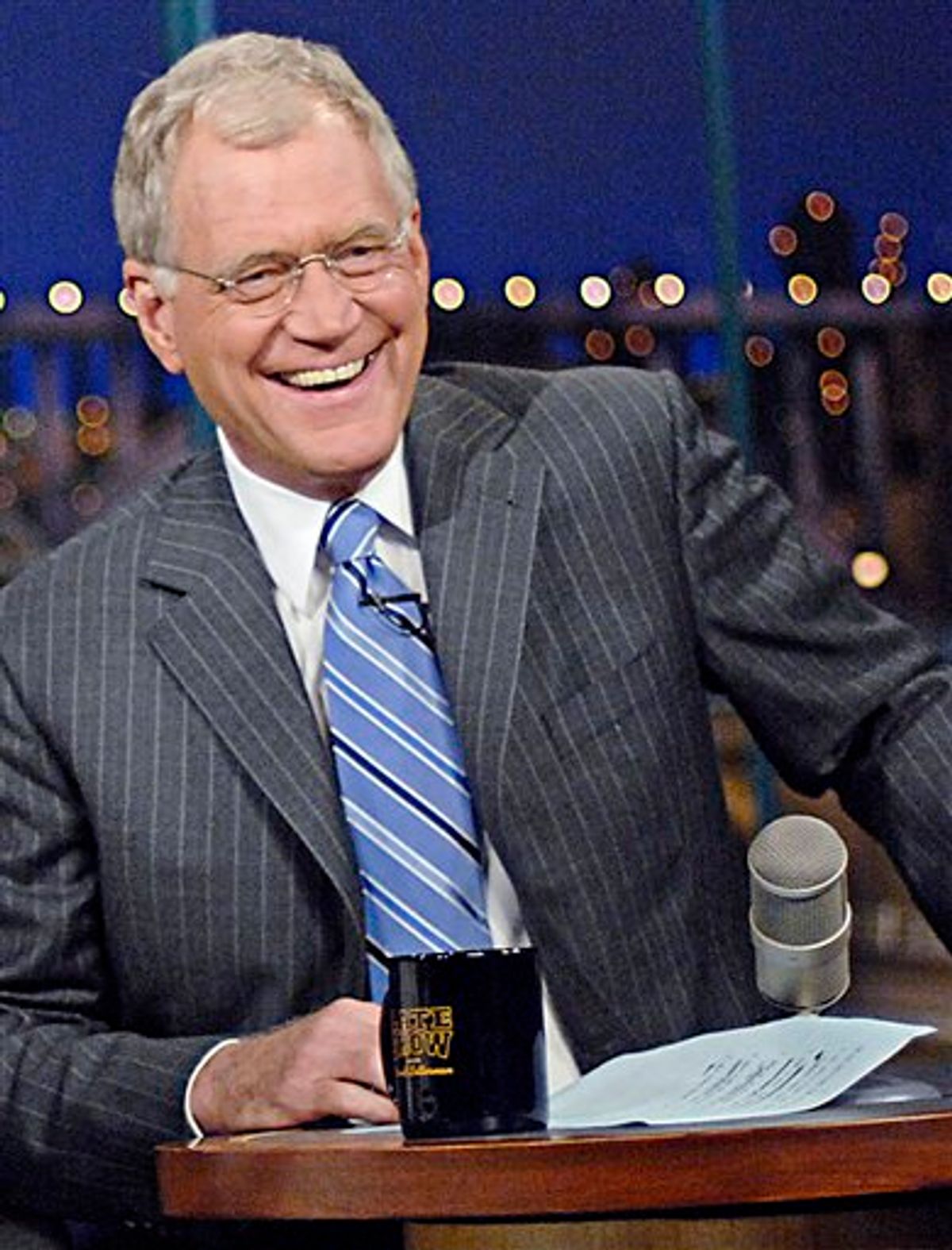 "The Late Show With David Letterman" just got a minor estrogen injection. There is now officially a woman in the men's writers' room: Former writers' assistant Jill Goodwin has been promoted as a staff writer.

It's long overdue and follows an outcry over late-night TV's dearth of lady scribes. As Lynn Harris wrote last month in Salon, "if aliens landed tomorrow and analyzed the writing staffs of late-night comedy shows -- Earth's daily dose of mainstream humor -- they might draw the conclusion that laughter is almost exclusively the domain of the human male." Jay Leno doesn't have any women writers; neither did Conan O'Brien before his sad exit. Until now, Letterman was also lady-less.

Cynically, one might see the change as an empty attempt to pacify critics following Letterman's sex scandal and the insinuations of sexual favoritism that followed. Or maybe Letterman has taken heed of the advice offered by former "Late Show" writer Nell Scovell in a VanityFair.com essay about her firsthand experience with the sexually charged and hostile environment on the show: "Hire some qualified female writers and then treat them with respect." Who knows whether the latter is going to happen, but at least one female writer is on the way to "some" women writers.

The important question, though, is: Will a token woman make late-night TV suck any less?