Getting the munchies ... in the hospital

A doctor isn't surprised when patients don't have an appetite, but there's a way to make them want to eat 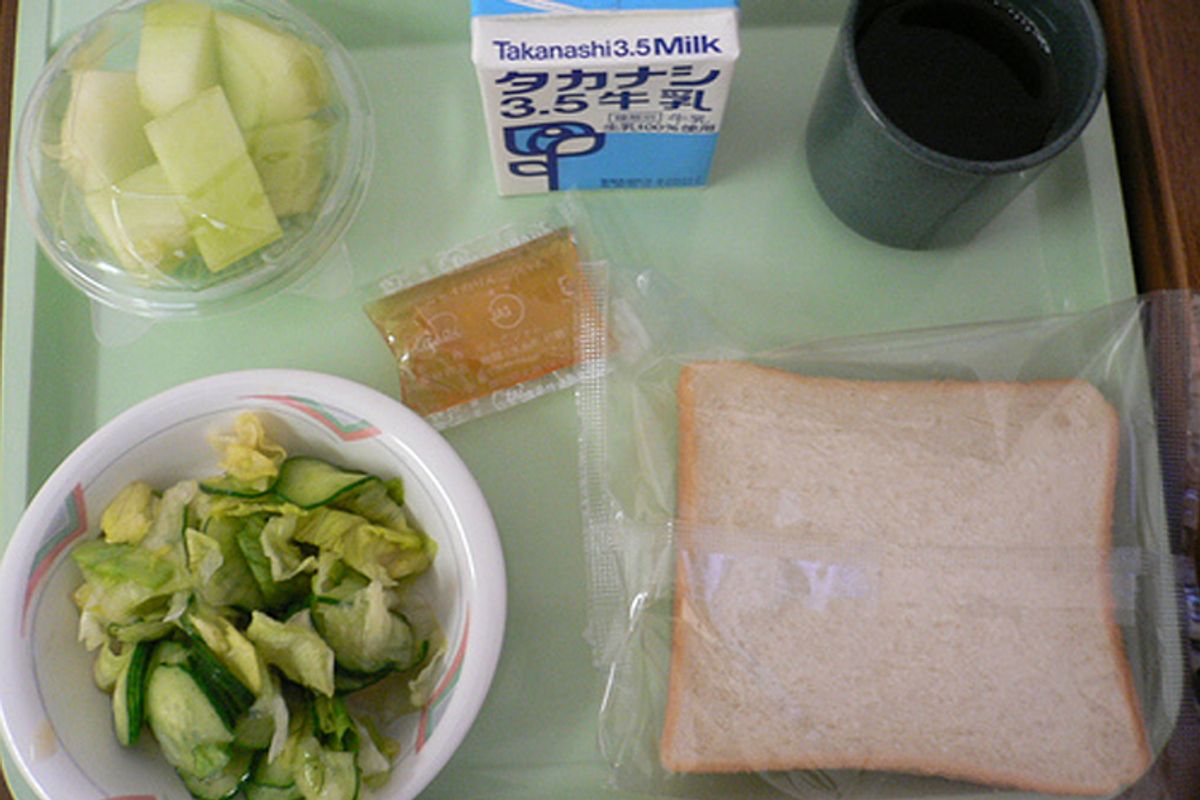 A version of this story originally appeared on Doctor and Mama

It's bad enough that the air smells vaguely of waste covered up by antiseptic spray, you're sitting in a hospital bed in a johnny, and probably have an IV stuck in your arm. Then they bring you that glop that passes as food: tasteless, soggy, gray. How are you supposed to get better on hospital food? Nobody wants to eat it, precisely when their bodies need them to eat the most.

One of my colleagues in medical school began his patient interviews by asking them to talk about their favorite foods, writing their answers into the medical charts next to things like marital status, smoking, alcohol and drug use and sexual history. It was an excellent icebreaker, bringing smiles to patients, evoking a pleasant memory and optimism for what they could eat when they leave the hospital, but it didn't exactly inspire them to eat up when the cafeteria trays came around.

When I was in training, I had a patient who had been in the hospital for weeks for her failing heart. She had no appetite at all, which, of course, compounded her problems because she didn't have the energy to get up and exercise her heart. She was dwindling away, even though her family rallied around her, bringing in her favorite home-cooked Chinese meals. She couldn't get herself to eat anything. We tried Megace, a hormone that stimulates hunger. It didn't work.

Then I had a creative solution, one inspired by the time I had spent working on the cancer ward, and also by my vicarious, but not personal, knowledge of recreational drugs. What makes people get the munchies?

That's right, THC, the active ingredient in marijuana. In its synthetic form, a pill known as dronabinol (Marinol) is FDA-approved for use as a potent force against severe nausea associated with chemotherapy and the loss of appetite that can be seen with AIDS. My team was dubious but intrigued, and the patient was willing, and so we started her on a low dose.

It worked, almost instantaneously. She could not stop eating. Even the bland and grayish hospital food could suddenly whet her appetite. Over the next week or two, she regained the weight she had lost in the hospital, and then some. She felt quite peaceful as well. And she was able to go home soon afterward.

How do you make hospital food tasty? TLC helps, but if that's not enough ... just add a little THC.