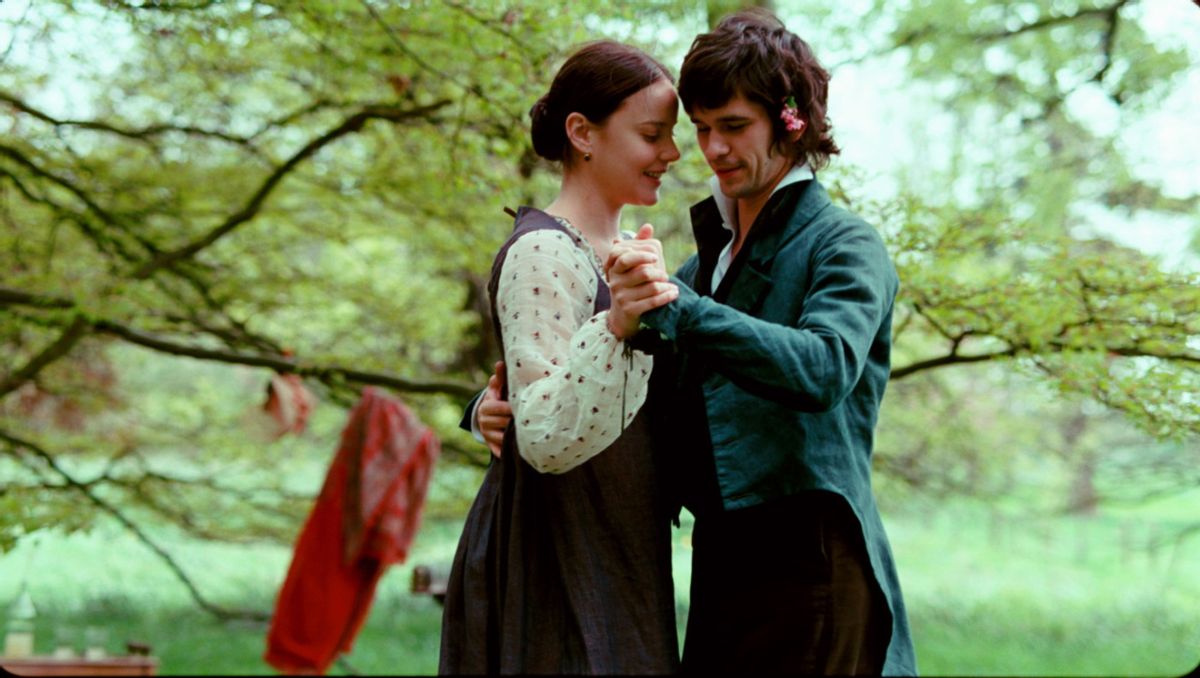 The most overlooked movie of the year, by far, is "Bright Star." From the opening shot -- an extreme close-up of a needle pulling through fabric -- you know you are in the hands of a cinematic master. This intimate look at an everyday act makes it a wondrous thing, as if we have never quite seen it before.

Jane Campion, who wrote as well as directed, has created an incandescent and utterly satisfying story of young love -- romantic and tragic and true.

Its title taken from his poem of the same name, "Bright Star" tells the story of the poet John Keats and his neighbor, Fanny Brawne. It follows their relationship from the time of their first meeting, through and after his death.

It is a relationship that develops naturally and believably; each coming into their own as they awaken to each other, and the sensual joys of the world around them.

Their relationship is complicated by his poverty -- he’s not seen as a suitable match for Fanny -- and by the jealousness of his best friend, who resents her intrusion into their bachelor lives.

Time and circumstance bring their critics around. Even her mother and the doubting friend yield to the understanding that this is not just a bad case of puppy love, but a heavy dose of the real thing.

Abbie Cornish, who plays Fanny Brawne, gives a flawless performance as a young girl awakening to herself, and to love. Ben Whishaw plays Keats with just the right amount of passion and angst -- acutely sensitive, but never cloying.

Can you watch this and not be reminded of your own first love, when the world was lit up and new? No, you cannot. Like a great poem itself, the movie delivers us that world again.

If God is in the details, the details are in this film: the wind coming in through the open window in Fanny’s room; her hands as she touches the wall between them; the new coat she sews when she sees his old one, threadbare.

When the inevitable happens, her breakdown is almost unbearable.

In contrast, "Up in the Air" was a confused, bleak mess of a movie, whose characters and plot points played like cartoons. It was written by a young Hollywood screenwriter who seems to have stumbled across the big themes of our time, but didn’t have a clue what to do with them. The fact that it’s up for best picture, and "Bright Star" isn’t … I’m losing hope for Hollywood. Again.

Donna Sandstrom is an Open Salon blogger. She lives in Seattle, Washington.