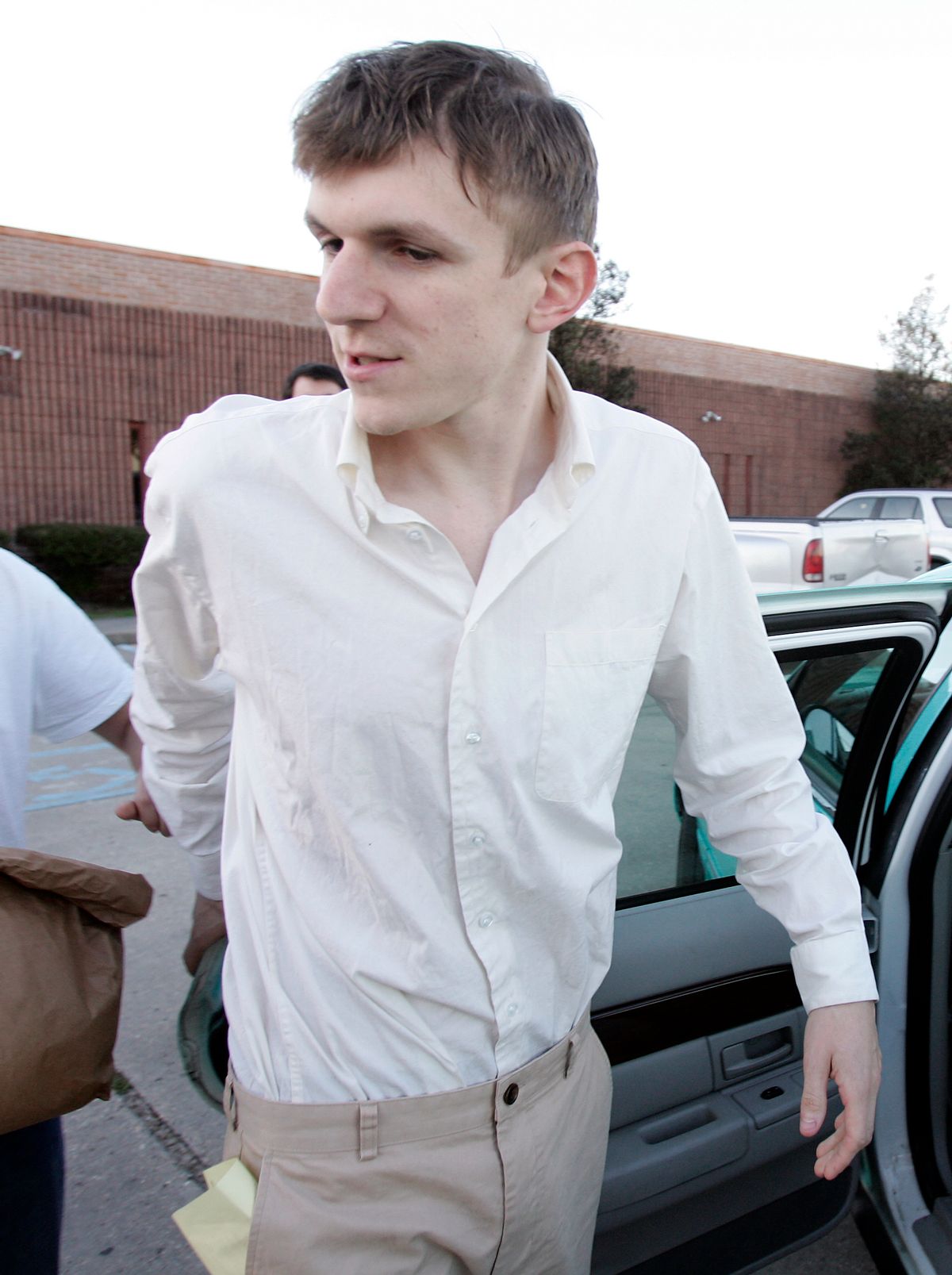 James O'Keefe speaks with the media while getting into a taxi cab after being released from the St. Bernard Parish jail in Chalmette, La., Tuesday, Jan. 26, 2010. O'Keefe, a conservative activist who posed as a pimp to target the community-organizing group ACORN, is one of four people arrested by the FBI and accused of trying to interfere with phones at Sen. Mary Landrieu's office in New Orleans. () (AP Photo/Patrick Semansky)
--

Writers for Andrew Breitbart's various sites have been working overtime to defend ACORN "pimp" James O'Keefe from accusations of racism this week, ever since an article by Max Blumenthal about a forum O'Keefe attended that featured a white nationalist speaker appeared here in Salon.

Stanek, best known as a nurse who's become a vocal opponent of abortion -- she's known also a columnist for conspiracist Web site World Net Daily -- argument centers around a stunt O'Keefe pulled before the ACORN videos that made him famous, and the arrest at the office of Sen. Mary Landrieu, D-La., that got him back in the news. In that operation, O'Keefe called Planned Parenthood offices and pretended to be a racist interested in donating money specifically to abort African-American babies. As in his ACORN sting, O'Keefe did come up with a real story, and did expose people acting, at best, incredibly irresponsibly -- more than one Planned Parenthood employee was caught on tape seeming to encourage the caller's views in order to get the donation. But as with the ACORN videos, the question of how honestly O'Keefe presented the whole thing seems to be debatable.

Beyond all that, whether O'Keefe is a racist or not -- and since I haven't been reporting on this, I certainly can't say one way or another, but there does seem to be solid evidence that he at least has some issues with race -- we should at least be able to agree that the Schindler comparison is wildly overblown. Even if you grant the rest of Stanek's argument, Schindler was saving Jews simply to save them. O'Keefe wasn't trying to save black babies' lives specifically; he was using a particular argument to make a case against Planned Parenthood.