The pitbull in lipstick is back! 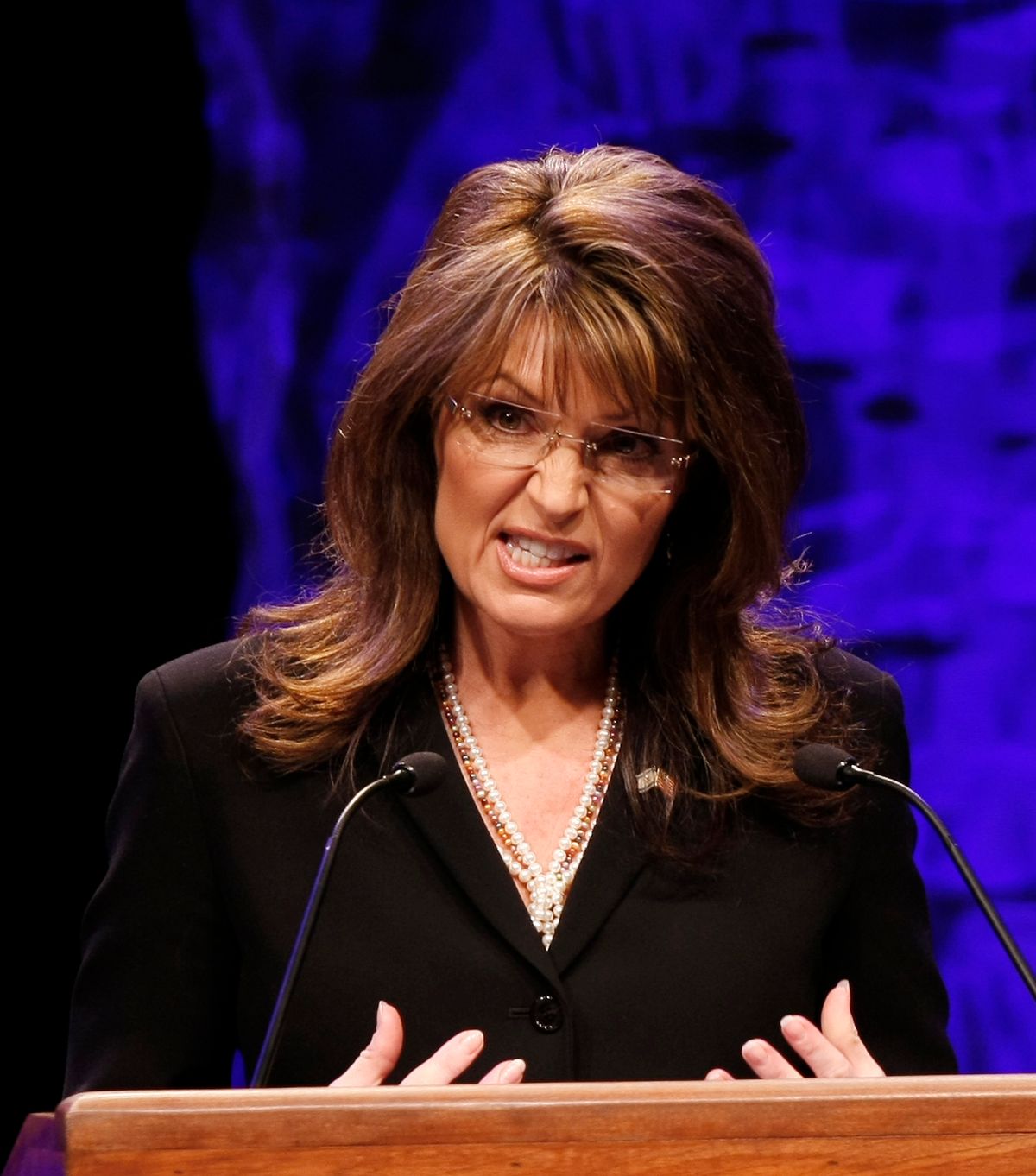 Eric Hoffer didn't live to see Tea Party Nation, but I always think of his most famous quote when I'm forced to deal with it: ""Every great cause begins as a movement, becomes a business, and eventually degenerates into a racket."

I'm not sure the Tea Party cause is a great one, but it's an influential one, and it degenerated into a racket lickety split, in less than a year. This weekend's gathering in Nashville splintered both the Tennessee and the national Tea Party movement, as local go-getter Judson Phillips set up the once-anticipated "convention" as his own for-profit business. We'll have a first-hand report from the racket that paid Sarah Palin more than $100,000 to speak Saturday night. But I can't help weighing in.

Wow. This was the Palin we saw at the 2008 Republican convention, the snarling pitbull in shimmery lipstick.  I know journalists aren't supposed to use words like mean and dumb, but I can't help it. Palin is one of the meanest people on the public stage today. She wallows in it. She loves it! Also? Possibly one of the dumbest. But mean works, and so does dumb. And so do lies, and there were many mean, dumb lies in her speech.

How rich that she read her talk in a sing-song voice as she ripped Barack Obama for using a Teleprompter. Once she left the speech for the Q&A, she really went off-message, as well as nearly off-English.  (Even though it looked like, at one point, she was reading answers off of her hand.) "They're not knowin what are we gonna do if we don't have Tea Party support" was one of my favorite head-scratchers, a great echo of "when Putin rears his head."

But it was also in her brief Q&A that she made one comment she might regret, if anyone in the Republican Party ever held her accountable. She told the crowd her husband Todd -- according to recently released emails, the non-elected former governor of Alaska -- is "much too independent" to be a Republican, because he's even "more conservative" than she is. What a great way to revisit the controversy over Todd's membership in the secessionist Alaska Independent Party! Remember how Palin dogged poor McCain campaign manager Steve Schmidt, trying to get him to denounce Salon's reporting on the Palins and AIP? She tried to get Schmidt to lie and say her husband checked the AIP box on voter forms mistakenly, and he refused. Now she's bragging her husband isn't a Republican because he's so "independent."

She lied about rejecting stimulus money for Alaska (apparently she rejected a small home-weatherization project, which as it is sounds kind of mean for the governor of Alaska.) She lied about Obama's position on terrorism and the Christmas Day would-be bomber. She mixed up Alaska and America at least once. It was hilarious to hear her denounce political "talk, talk, talk" and also brag about the job she did as governor, when in fact she quit that job to talk, talk, talk, for money, at wine shows and for-profit tea parties and of course for Fox News.

I have to say, I've been assuming Palin probably won't run for president, and that she quit her job as Alaska governor to cash in on her fame. I now feel pretty certain she's trying to do both. She's certainly looking like a grifter, and cashing in at the for-profit Tea Party Nation event, and taking questions from the increasingly despised Phillips, may hurt her politically. But it's now pretty clear to me that in all her narcissism, she thinks she can get rich and run for president at the same time. And who am I to say she can't, given the delusions of her right-wing supporters?