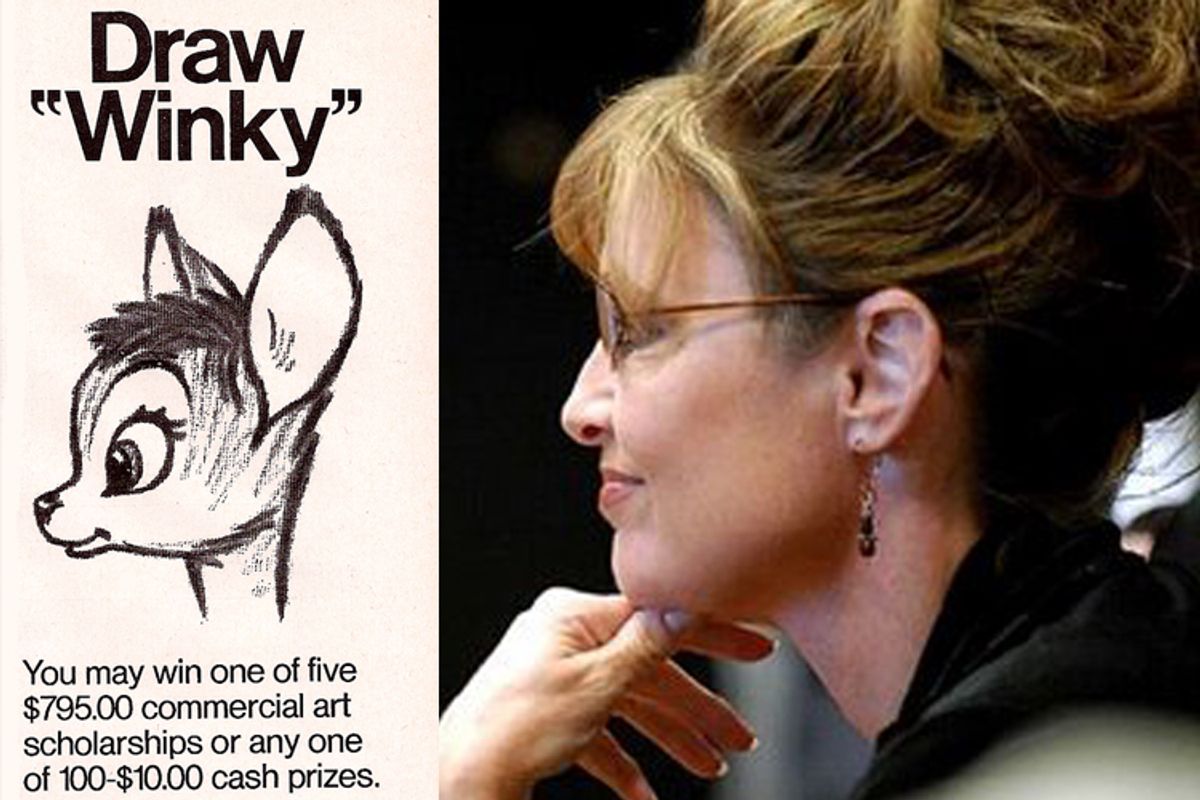 Apparently, Democrats weren't exactly terrified by Sarah Palin's speech to Tea Party Nation this weekend. The Democratic Senatorial Campaign Committee -- which, strictly speaking, has very little to do with Palin, an ex-governor who might or might not run for president -- launched a new online contest Monday designed to focus even more attention on the speech. (Actually, though Palin isn't running for Senate, the committee has often used her as a foil, asking whether GOP Senate candidates want her support.)

"Did you read about last weekend's 'tea party' convention in Nashville?" the committee asked in an e-mail sent to supporters Monday morning. "Attendees paid $549 apiece for a weekend of activism and education capped by the main attraction: a speech by everybody's favorite half-term former Alaska governor, Sarah Palin. For her efforts, Palin received more than $100,000 in speaking fees -- and the adoration of legions of fans. In honor of the tea party convention, we came up with a way for you to tell us what you think she's saying."

The e-mail links to a DSCC Web page where you can draw on, and type text into, a photo of Palin. "Feel free to share what you've made with your friends," the DSCC says. That's where it's easy to imagine something going wrong here; right-wing blogs and Fox News made a lot of noise about a MoveOn.org contest to create ads about George W. Bush, in which one entry appeared to compare him to Hitler. DSCC aides say they're not worried about any inappropriate content with the Palin contest, though, because they'll screen the entries before posting a selection of their favorites.

Take a look at the blank canvas the DSCC provides here: